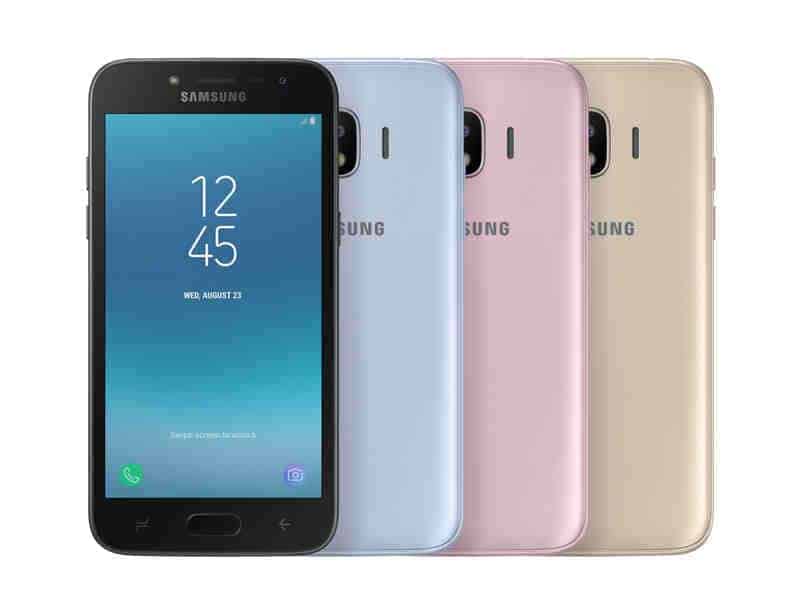 The South Korea-based smartphone manufacturer, Samsung, has introduced the Samsung Galaxy J2 Pro (2018) by listing its detail on Samsung Vietnam's official website. The Galaxy J2 Pro (2018) comes with a feature which automatically establishes a connection with a Wi-Fi network once it detects a nearby access point. This functionality, the tech giant claims, should help reduce the amount of mobile data consumed by the handset. Users of the Galaxy J2 Pro (2018) may also install two instances of a supported messaging application. This feature allows people to set up two different accounts on the same smartphone. However, Samsung did not provide a list of applications that are currently supported by this software feature. In addition, the smartphone includes a secure folder functionality that permits people to hide images and files in a fully encrypted location.

The Samsung Galaxy J2 Pro (2018) is an entry-level smartphone, it is fueled by an unidentified quad-core chipset running at a maximum frequency of 1.4GHz. The handset contains 1.5GB of RAM and 16GB of internal flash storage, which can be expanded using a microSD card with a capacity of up to 256GB. The smartphone sports a 5-inch Super AMOLED display with a resolution of 960 by 540 pixels and an aspect ratio of 16:9. Directly below the display, people may find the capacitive navigation buttons. The rear camera of the handset is equipped with an 8-megapixel sensor, and it is capable of recording 1080p videos with a frame rate of 30fps. Located below the rear camera is an LED flash. On the other hand, the front-facing selfie shooter comes with a 5-megapixel snapper.

The Samsung Galaxy J2 Pro (2018) features dual-SIM support, and it can connect to 2G GSM, 3G WCDMA, and 4G LTE networks. To keep the lights on, the handset contains a 2,600mAh battery. The device also includes a 3.5mm headphone jack and a microUSB port for data transfer and charging. The Galaxy J2 Pro (2018) is shipping with Android 7.0 Nougat pre-installed, with Samsung's proprietary skin running on top of Google's operating system. The smartphone is available in four color options, which are black, blue, pink, and gold. The smartphone is priced at VND 3,290,000, which translates to $145 at the current exchange rate.