Samsung has introduced its latest budget tablet in India, and it comes in the form of the Galaxy Tab A 7.0 (2018) with the model number SM-T285. The tablet will be available for purchase in the South Asian country starting the 5th of January, 2018, and may be bought from multiple physical stores and also from Amazon India. As far as pricing is concerned, it comes with an affordable price tag of Rs. 9,500 ($150), and customers may choose from two color options, Black or White. On top of that, Samsung has partnered with Reliance Jio whereby owners of the Galaxy Tab A 7.0 (2018) may receive a cashback of Rs. 2,000 ($32) with the purchase of a Rs. 299 ($5) recharge pack from the carrier, essentially a contract offer. The cashback is done over a period of 24 months, and users will need to constantly recharge their handset over the duration of the contract.

In terms of hardware, the Galaxy Tab A 7.0 (2018) packs entry-level specs, including a 7-inch WXGA TFT LCD display with a resolution of 1280 x 800. The device comes with dimensions of 186.9 x 108.8 x 8.7mm and weighs in at 286g. Under the hood, it is powered by a 1.5GHz quad-core processor, though the manufacturer of the chipset is unknown at the moment. Memory wise, the tablet packs 1.5GB of RAM coupled with 8GB of internal storage which can be expanded up to 200GB via a microSD card. Being a tablet, the Galaxy Tab A 7.0 (2018) sports a basic camera setup consisting of a 5-megapixel shooter on the rear and a 2-megapixel camera on the front which should be able to handle the occasional video call. Keeping the lights on is a large 4,000mAh non-removable battery. It also comes with a host of connectivity options including 4G LTE, Wi-Fi a/b/g/n, Bluetooth 4.0, and GPS. At the time of announcement, Samsung has yet to specify the version of Android the tablet is running on.

One of the main highlights of the Galaxy Tab A 7.0 (2018) is the Kids Mode and parental control features. Parents will be able restrict apps which their children will be allowed to access, and time limits can be imposed through Kids Mode. This feature was first introduced on the Galaxy S5 back in 2014, and it has since been installed on the majority of Samsung’s entry-level tablets. 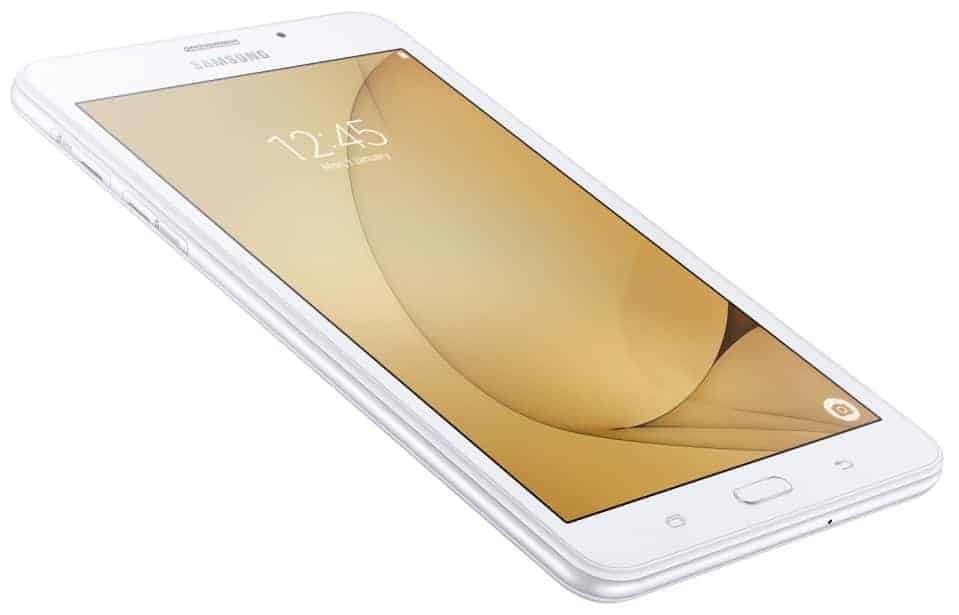