The Samsung Galaxy On7 Prime, which is expected to launch soon as an Amazon exclusive in India, has now surfaced on the GFXBench database, confirming its specifications before the official release. Amazon India has been teasing the upcoming Samsung smartphone since December 2017, touting an imminent debut without actually mentioning a specific launch date. The Galaxy On7 Prime 2018 will come as a mid-range offering and, based on reports, it could go on sale on January 17. Since Amazon India had already listed the smartphone with plenty of details, the new GFXBench specs sheet simply confirms what was already known about the device.

The new Galaxy On7 Prime 2018 will feature a 5.5-inch full HD (1,920 x 1,080 pixels) display, and pack a 64-bit octa-core Samsung Exynos 7870 processor under the hood. GFXBench lists the version with 3GB of RAM and 32GB of native storage space, but the Galaxy On7 Prime is also expected to come in a higher configuration with 4GB of RAM and 64GB of internal storage. Other specs include a 13-megapixel main camera with LED flash, autofocus, HDR, and face detection, and a 13-megapixel front camera. The benchmark listing further notes that the Galaxy On7 Prime will come with Android 7.1.1 Nougat on board out of the box, with Samsung’s proprietary UI on top.

Previous information, meanwhile, revealed that the Galaxy On7 Prime will have dual-SIM support, a 3,300mAh non-removable battery, a physical home button that also serves as a fingerprint scanner, a 3.5mm headphone jack, 4G LTE connectivity, and Bluetooth 4.2. Samsung’s branding will be visible on the back of the device, as well as on the front, right above the display. This handset will probably be quite affordable in India. The handset does not come with thin bezels like higher-end Samsung smartphones, as the Samsung India product listing confirms it. For a budget mid-ranger, however, the handset seems pretty solid. No official pricing details are available at this point, but recent reports have indicated that the Galaxy On7 Prime may retail for roughly Rs. 15,000 ($234) when it launches in India. If the smartphone will indeed make its debut on January 17, more information will become available shortly, straight from the source. 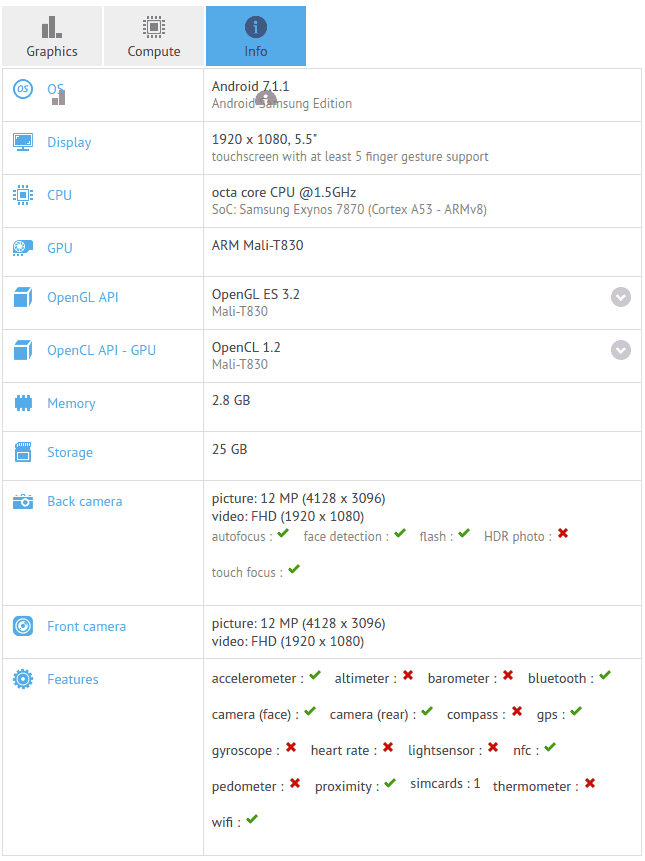