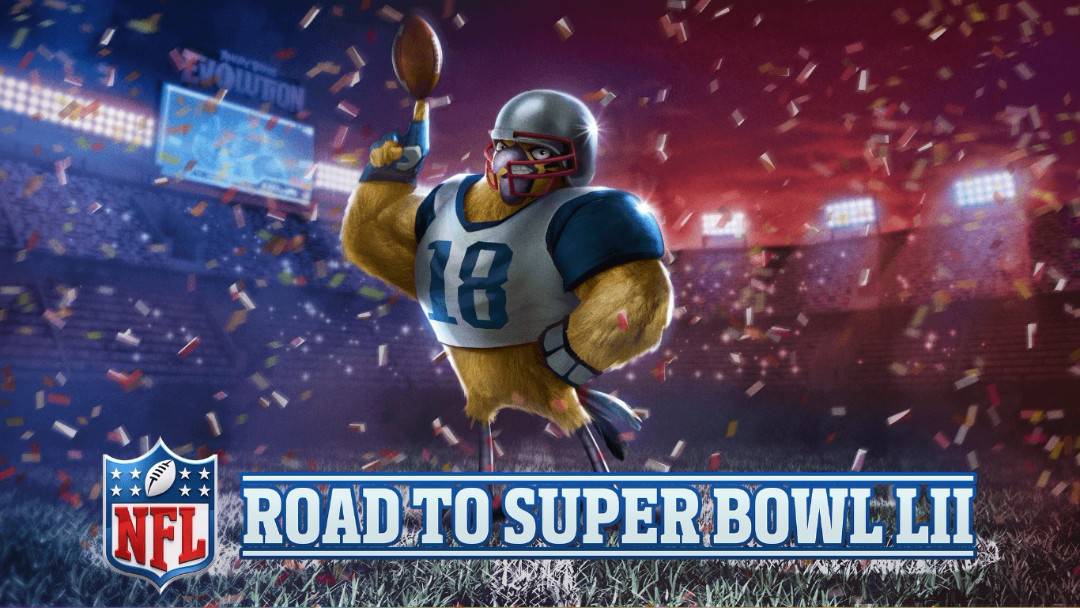 Rovio Entertainment and the NFL have teamed up to kick off a brand new, limited-time update to two Angry Birds games just in time to celebrate the upcoming Super Bowl 52. Before anybody gets too excited, although the updates are already available for download, the events won't actually start until January 24. However, once started, they'll run all the way up until the Super Bowl itself on February 4. Meanwhile, the two games in question – which can be downloaded via the Play Store Button below – are Angry Birds 2 and Angry Birds Evolution.

Each of the two games will offer a unique experience, so Android users may want to download both for a bit of diversity in their gameplay. In Angry Birds 2, the birds will be able to be customized to wear any of the 32 total NFL jerseys and accompanying helmets throughout a series of completely new Super Bowl-themed levels. There will also be new in-game competitions based on the upcoming event and the sport. On the other hand, the Angry Birds Evolution event puts 32 NFL-based characters in the game, as well as a chance to grab a completely new bird character called "Quarterback." As the character's name probably gives away, the new bird is also themed to match the sporting event. Finally, the player versus player mode has been revamped. More directly, 'The Oinktagon' battle arena will resemble a football field over the course of the event which, in combination with the new characters, gives a definite gridiron feel to the mode.

All of the leagues 32 teams are being represented here, as well, rather than just the two teams set to play the big game – namely, the New England Patriots and Philadelphia Eagles. So players won't get stuck themed with a team they may not prefer. Best of all, both of the apps are still completely free. With that said, it bears repeating that the events will only run up until game day. So, anybody interested in checking them out will want to check out the trailers below and then click the Google Play button below to head over to Rovio Entertainment's dedicated page on the Google Play Store.