Razer has just pushed out another new update for its smartphone today, and this one brings some changes to Netflix, along with some more fixes for the camera and the January 2018 Android Security update. The Razer Phone now supports HDR content on Netflix and also supports Dolby 5.1 audio playback through the app. Not all content on Netflix is HDR-capable, but there are a few titles that do have HDR. That includes Stranger Things, and coming this Friday, February 2nd, Altered Carbon. Of course, all of the Marvel content on Netflix is also HDR supported.

Now when it comes to the camera, Razer is still working on improving it. The camera was one of the big areas where many people felt the phone fell short. With this update, Razer has “fixed an issue where some images would appear yellow”. As well as some tuning and image quality improvements and some other bug fixes. So it’s not going to be a huge fix for the Razer Phone’s camera, but it will make the phone a bit better, hopefully. Finally, this update also brings the January 2018 security patch, upgrading from the October 2017 patch. This path brings a slew of patches for different exploits, but most notably the meltdown and sceptre exploits that were detailed earlier this month. And of course, this update brings in a slew of new bug fixes for the phone in general. The update, unfortunately, doesn’t bring Android Oreo to the Razer Phone. But the company has said that it is working on the Android Oreo update, and it should be rolling out to the device in the very near future. Of course, as usual, there’s no word on when exactly it’ll be available other than “soon”.

This update for the Razer Phone is actually a pretty big one. It weighs in at 249MB in size, which is nothing to sneeze at. So you’ll want to make sure you are on WiFi before attempting to download the update. Otherwise, you can head to Settings, tap on About Phone, then System Updates and find the update. It should be available in the next few hours if it isn’t already available. 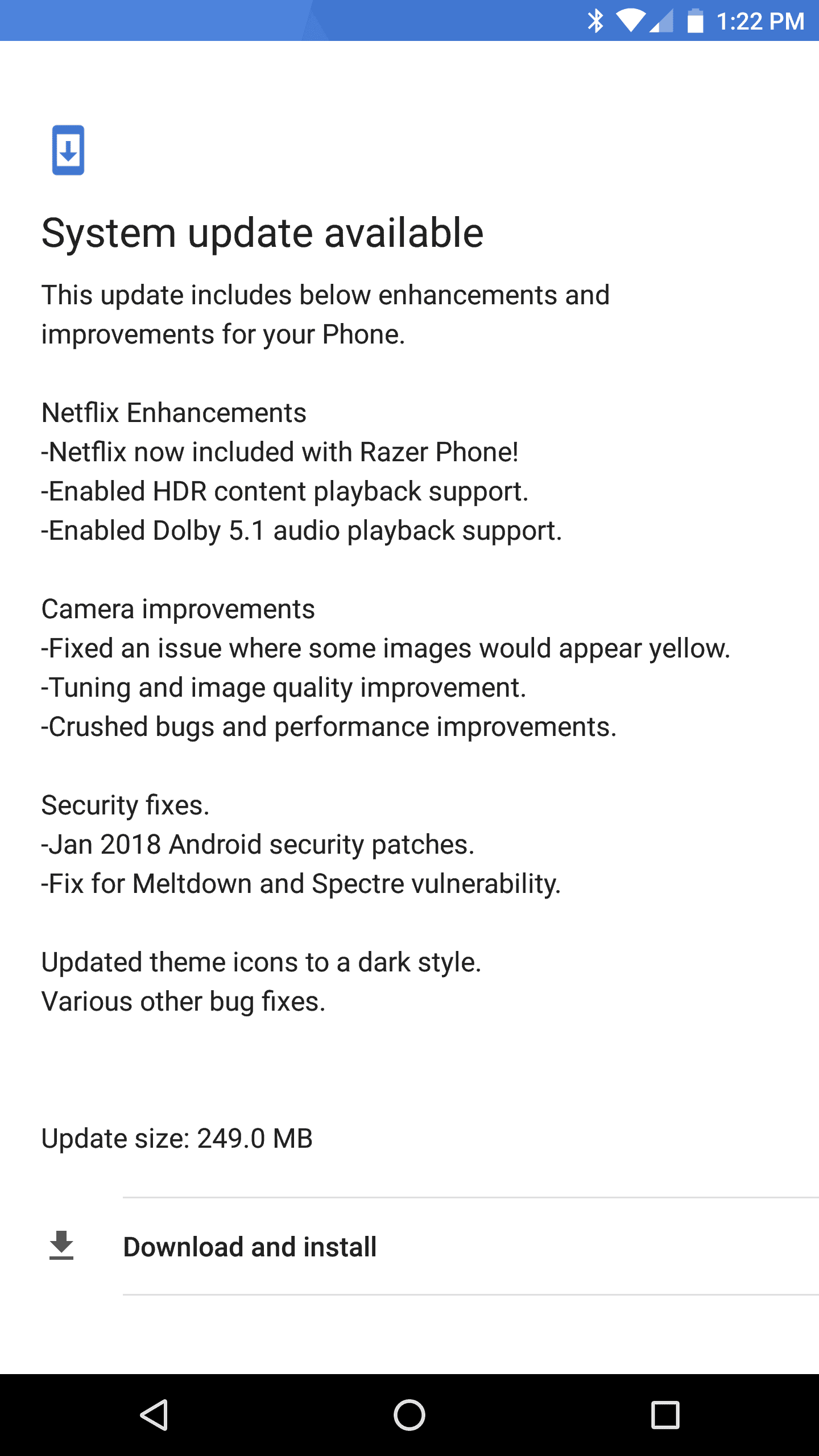