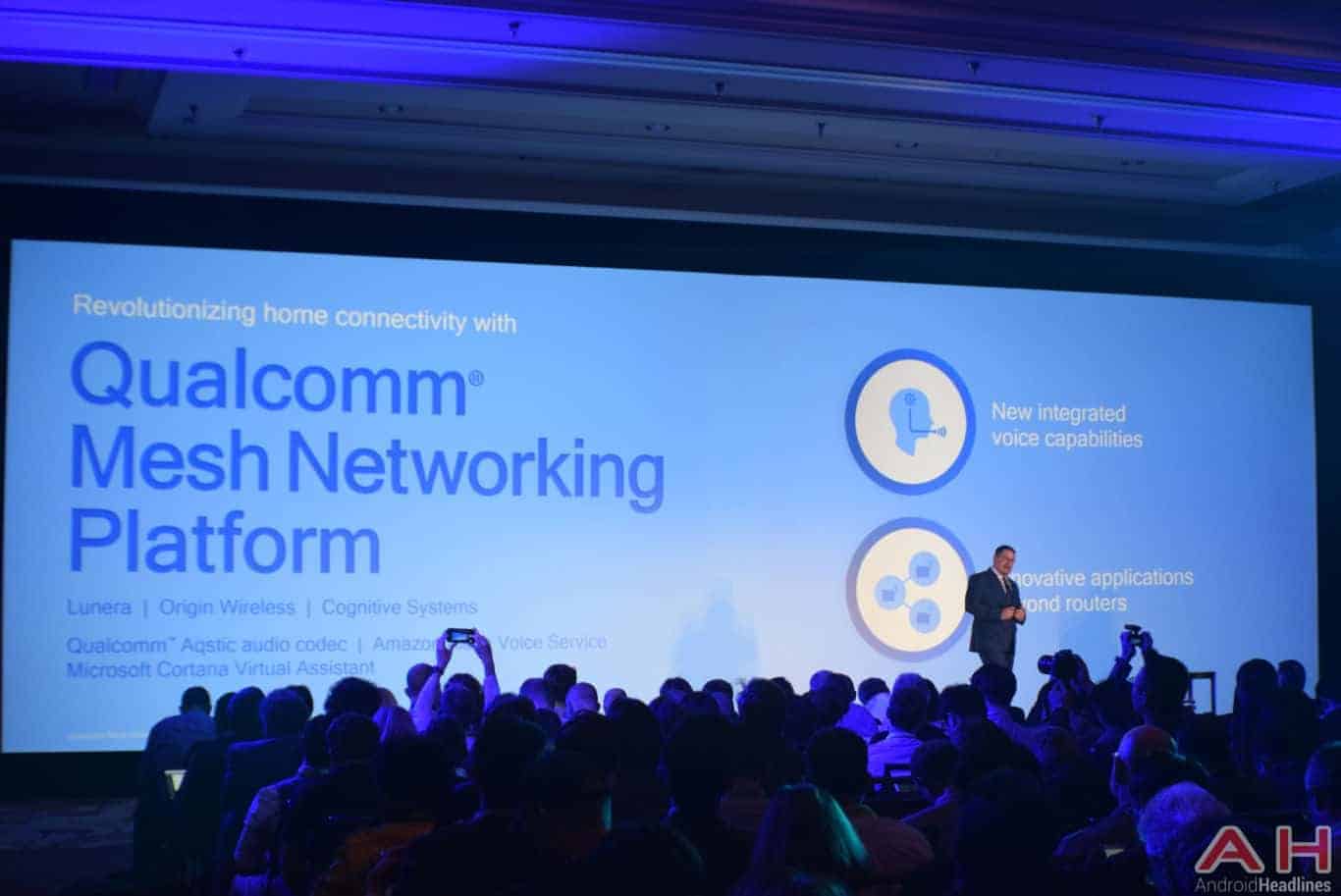 Qualcomm has now announced a significant expansion of the potential possibilities afforded by its Qualcomm Mesh Networking Platform. The announcement was made at this year’s Las Vegas-based consumer electronics show, commonly referred to as CES 2018. Topping the list of new platform features, and made possible through Qualcomm’s Aqstic Audio Codec, is the inclusion of support for Microsoft’s Cortana digital assistant. For anybody who is interested in seeing the new platform first-hand, the company will be providing demonstrations at its Las Vegas Convention Center Central Hall Booth.

That should make controlling a mesh network much more intuitive, to begin with, but the company is taking things quite a bit further and effectively enabling devices built on the platform to be integrated into the ever-expanding Internet of Things. What that means is that those mesh networking systems will now be able to go beyond the basics of networking infrastructure, specifically leveraging Cortana to enable mesh network devices to control and automate other aspects of the modern smart home. As with another Qualcomm platform for which an announcement was made today, the updated reference design also supports 6-microphone beamforming, echo cancellation, and noise suppression. That will go a long way toward making a voice-enabled mesh network much easier to interact with in noisy environments, which is becoming an important feature in the ever-growing market for connected products.

Meanwhile, Qualcomm says it has already begun to work on expanding the use its mesh networking platform with a number of partners in the technology industry, as well as providing some examples of those companies’ projects which have been enabled by the new Mesh Networking Platform. Those are listed as including Cognitive Systems Corp., Origin Wireless, and Lunera. Cognitive Systems, for example, has used the platform’s tools to create Aura WiFi Motion technology. That machine learning-driven motion detection solution can be incorporated into any Qualcomm Mesh Networking Platform product – as long as it features hardware that can be used for motion detection – without needing to update the hardware. Origin Wireless takes a similar approach to its own smart home products while Lunera, on the other hand, utilized the platform to introduce a new compute platform of its own called Lunera Ambient Compute. However, the company also revealed that some more well-known players in the industry are also among its partners, including ASUS – which also announced the world’s first voice-enabled system with an update to its ASUS Lyra Voice mesh networking solution, at CES 2018.