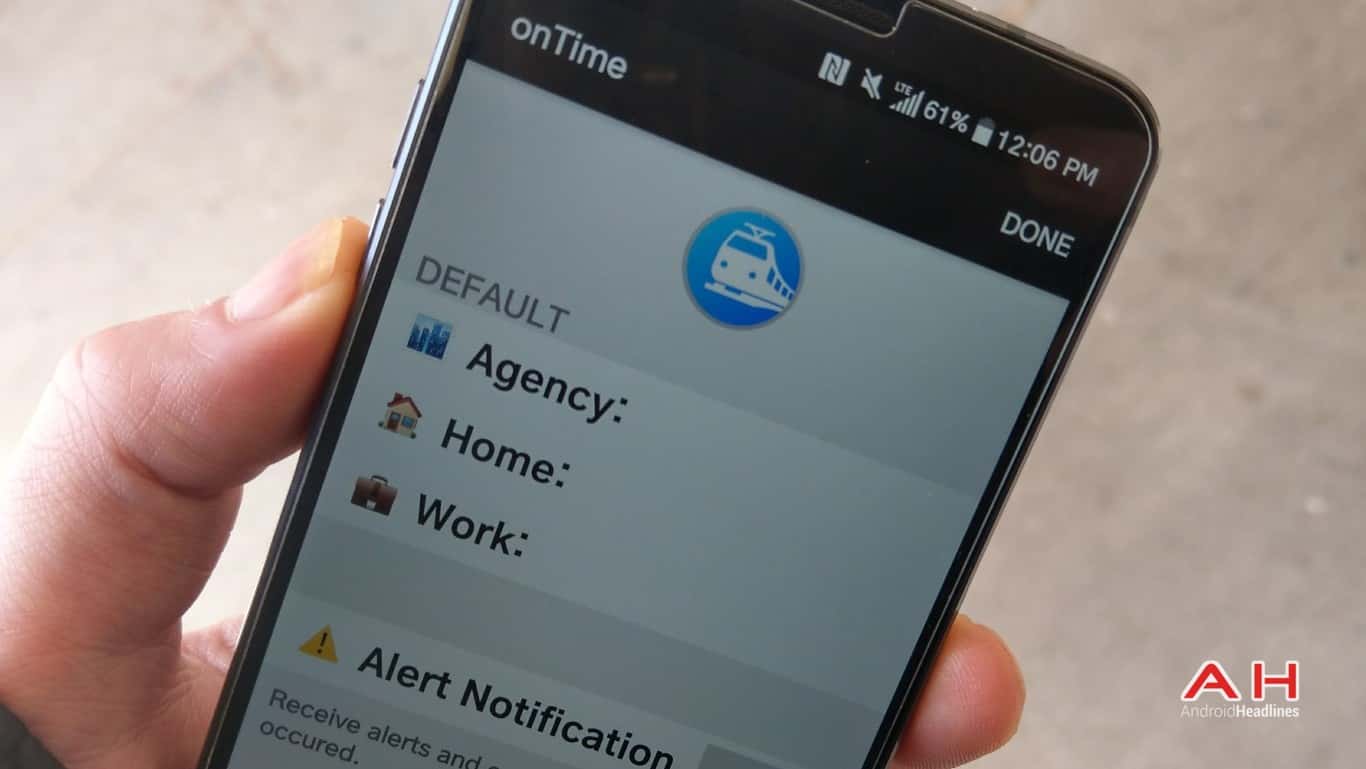 Mobileware, Inc. has finally brought its popular iOS commuter application called onTime to Android, giving users on the platform accurate, real-time public transport information from across the U.S. The application has already gained a lot of popularity on Apple's App Store thanks to its unique use of crowdsourced data and other features meant to make travel and its associated concerns much less daunting prospect. With that under consideration, it was really only a matter of time before it arrived on the world's most popular mobile platform. Beyond that, onTime is also completely free to use, with no in-app purchases in sight. So it may just be worth a look for any Android user who happens to commute or travel via any of the supported transit systems.

With regard to the application itself, onTime crowdsources information in combination with information provided directly by agencies in order to make real-time transit information available to users. That includes predictions about which track a train will arrive on, in addition to automated updates and countdowns for both arrival and departure. Of course, that information also includes maps and real-time travel time and track information updates but it the app will also inform users if their travel will be interrupted or delayed. Those are already useful features to have on hand when commuting via rail but onTime takes its crowdsourcing a step further to provide other features as well. Users can also report information about missing or lost items within the app, which other users can then use to help locate and recover whatever was lost. Finally, onTime was also recently integrated with Lyft, giving quick access to more options for getting both two and from their train.

The primary caveat to onTime is, of course, that it only provides access to information from a select group of transit agencies, although those it does provide access to are arguably among the most likely to be used regularly by commuters in the country. A full list is available at the Google Play Store listing, accessible via the button below. However, it does cover several transport agencies in New York, Massachusetts, Connecticut, Washington D.C., Virginia, Florida, Utah, California, and Washington. However, Mobileware has consistently expanded on its list over time and plans to add further locations in the future, as the company continues to distinguish itself from other apps by including as much information as possible in a single place.