Polk Audio announced at CES, a new soundbar. But it’s not your typical soundbar, this is an Alexa-enabled soundbar and it is the first of its kind. It’s the Command Bar, and it’ll be available globally in March 2018, with an asking price of $299.95. According to Polk Audio, the “Command Bar delivers the power and convenience of Amazon Alexa in a superior home theater solution that produces loud, rich audio ideal for movies, music and wireless music streaming.”

The new Command Bar is being touted as the “new heart of the home theater”, and it’s not hard to see why. With Amazon Alexa built-in, you get access to a slew of skills, including the ability to control your smart home products with the Command Bar. There’s also support for the AV Entertainment skill that just launched for Alexa, which allows you to control your existing Alexa-enabled AV products. The Command Bar does also have dedicated HDMI ports, which allows you to fit the Amazon Fire TV Stick, and the USB ports included have enough power to power the Fire TV set-top box – including the 4K model that was released last year. Since Alexa is here, you can of course stream a ton of different music on the Command Bar and use it as a regular speaker, instead of a soundbar for your TV. There’s support for Amazon Music, TuneIn, Pandora, Spotify and plenty of others. 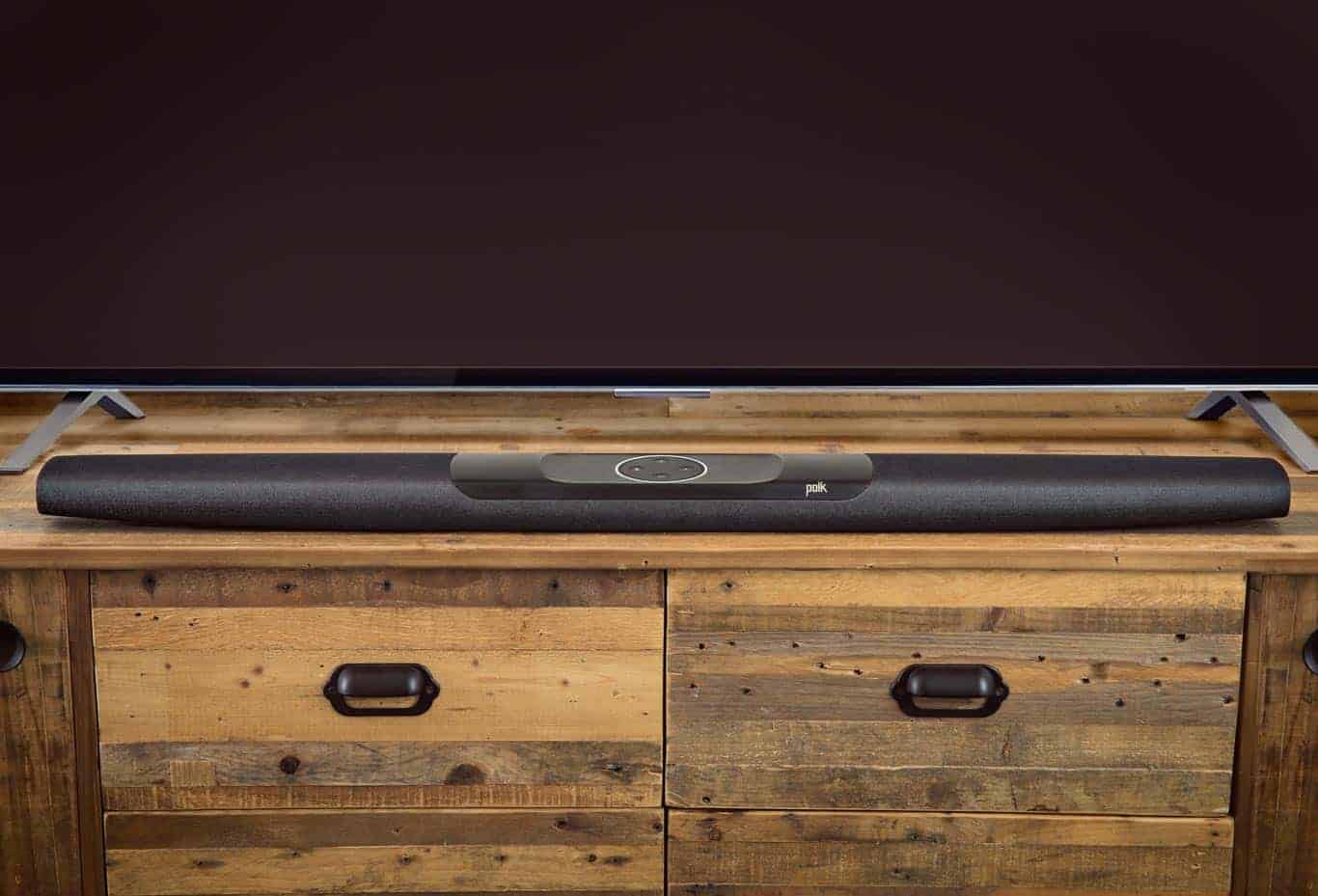 Polk Audio’s global brand director, Michael Greco said that “intelligent assistants like Amazon Alexa have fundamentally transformed how we interface with our home, electronics and entertainment systems.” Greco also stated that Polk Audio worked closely with Amazon on this project. As the idea here was to develop a soundbar that would change the way users control their home theater. And that is exactly what the Command Bar does.

As far as connectivity goes on the Command Bar, there is both WiFi and Bluetooth connectivity for streaming. There are also a number of wired ports, with two HDMI ports capable of 4K, and then another HDMI port for 1080p. There’s an optical input for TV audio, Ethernet and there’s also support for HDR10 and Dolby Vision. Polk is also using its proprietary dialogue-enhancing technology which allows consumers to isolate and adjust the voice channel for clear, crisp vocals. This is being called VoiceAdjust. Finally, users also get adjustable EQ settings. There will be several presets available for the EQ out of the box, so that the user is able to adjust the subwoofer levels and get the best sound possible.

Polk Audio will be showcasing the Command Bar at CES this week, and as mentioned it will begin shipping in March of this year. Polk Audio is going to be selling it for $299.95. The retailers that will be offering it have not been announced yet, but it’ll likely be the usual assortment of retailers, including Amazon, Best Buy and many others.