With Plex VR, you’ll be sitting in a virtual living room, complete with window shades, popcorn and even some magazines, to watch your favorite movies and TV shows. There are different scenes available actually, when Plex demoed the new service for us earlier this month, there was also a drive-in movie theater type of scene. These scenes are fully functional, in the living room, you can toss the plates, the popcorn and such. And in the drive-in, you can even honk the horn. To give you the feeling that you are actually there, and not just in a virtual world. 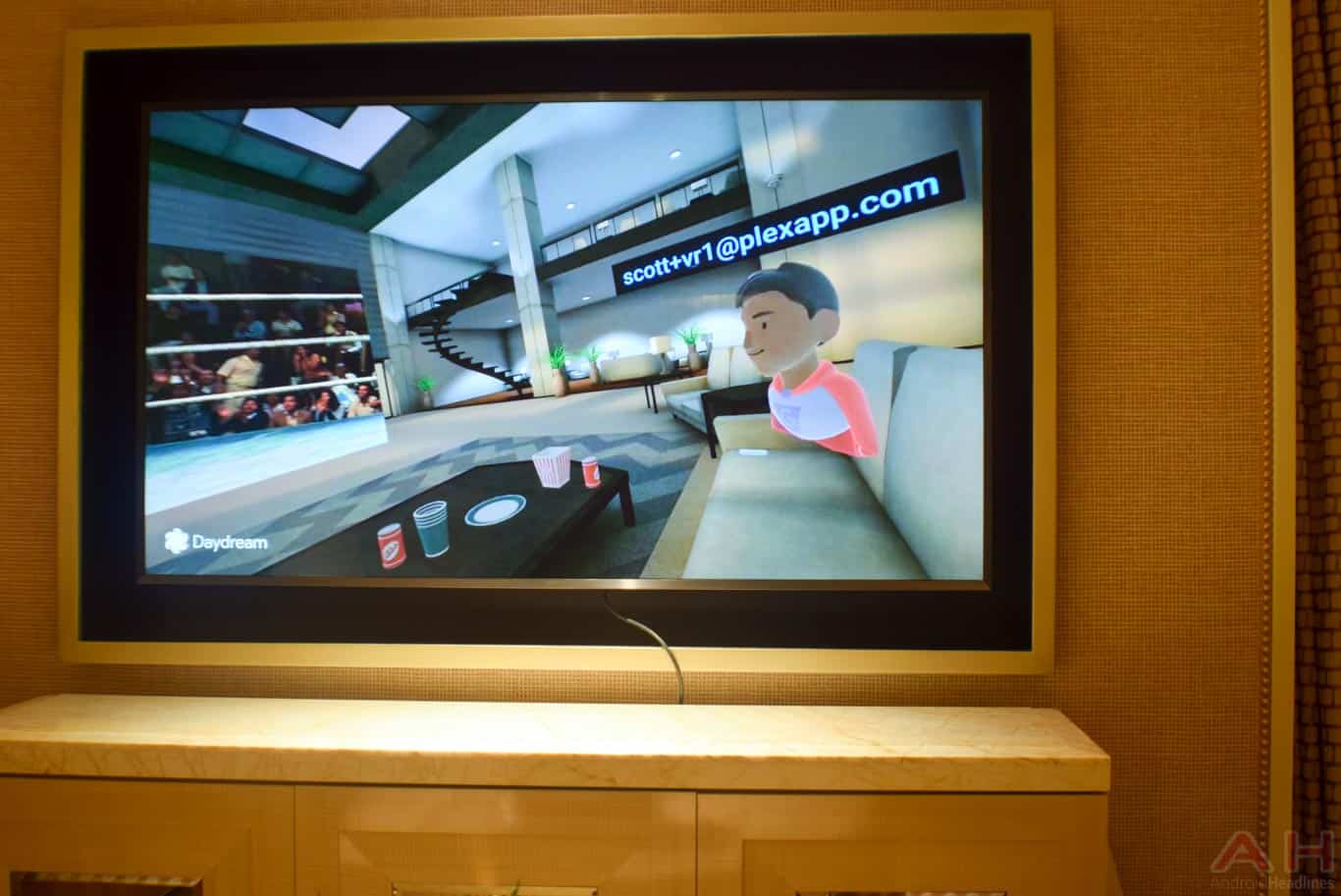 Plex has also added the ability to watch with friends. So you can invite your friends to watch Plex in virtual reality with you, and the friend will actually appear next to you in the virtual world. Now it won’t look like your actual friend, instead it uses an avatar, and it mimics your movement. So if you look to the left, your avatar will also look to the left, and so forth. It’s a pretty neat feature, and really allows you to watch movies and such with friends, even if they aren’t around. With Plex VR, you don’t need to have a headset to enjoy it in virtual reality, you can also watch it in 180 without a headset. But it’s not as fun.

The company announced today that the service is fully available. However, you will need to download the Plex VR app from Google Play, and to take full advantage of the service, you will need a Google Daydream-compatible headset. The service is going to be free for all Plex subscribers (even those using the free plan). However, the caveat here is watching it with a friend. Enjoying Plex VR with friends will cost some cash, but if you are a Plex Pass user, you’re all set, it’s included in the service.