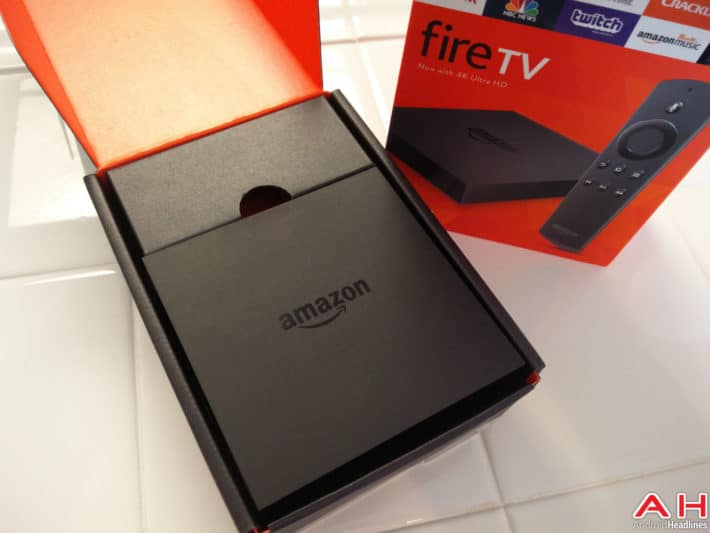 Pandora has partnered up with Amazon to bring its premium music streaming services to the latter's Fire TV platform as of January 24th. The Pandora Premium app has hence now been integrated into Fire TV sticks and Fire TV-enabled televisions. Pandora is offering a free trial of the premium service accessible via the source link below. Better still, that free trial for the service – which typically costs around $10 per month – runs for a full 60 days from the initial signup and comes with no strings attached, just remember to cancel it before it runs out if you aren't interested in continuing to use the service for a monthly fee.

As to what's new with the Fire TV Pandora Premium app, the company says it includes the same abilities available on other platforms. Namely, users can search for and play songs, entire albums, or create playlists including any of the music that's discoverable on Pandora. Regardless of what music the user chooses to start from, an autoplay feature is also included. When enabled, Autoplay will continue playing music Pandora dubs as being similar to whatever was already being listened to on-demand, indefinitely. Finally, subscribers can also choose to listen to all of the music they've previously liked through a personalized, automatically generated playlist called My Thumbs Up. The playlist consists of every song for which the user has clicked or tapped the "thumbs up" icon from across the entire Pandora library. Although not explicitly listed in the announcement, other features from the subscription service also make an appearance within the new Fire TV app, meaning subscribers can expect unlimited ad-free listening, as well as unlimited replays for songs they like or skips for those they don't. The music quality should also get the typical premium service upgrade to a higher fidelity and users are also able to download any music for offline listening.

Meanwhile, signing up for the streaming service will also allow subscribers to access Pandora Premium and its features on every other platform where it's available. That includes game consoles, other television systems, media streaming devices, the dedicated Android application, and a number of wearables like Samsung's Gear Fit2 and Gear Sport.