The Lava Red edition of OnePlus 5T is now available to purchase from OnePlus India’s online marketplace for Rs. 37,999, a few days earlier than its expected launch date in the country. It was previously reported that the OnePlus 5T Lava Red variant would go on sale in India on January 23 in a move to supposedly avoid the national holiday clutter. Anyway, the Chinese original equipment manufacturer sees India as one of its significant markets, according to its co-founders Pete Lau and Carl Pei, so the earlier-than-expected arrival of the special edition handset in the country is a logical step. Keep in mind, though, that the Lava Red OnePlus 5T comes only with 8GB of RAM and 128GB of internal storage on the inside.

Prior to its availability in India, the special edition phone previously went on sale in China for 3,499 Yuan and still with the same size of RAM and native storage. The availability of the handset’s Lava Red variant in India was first announced earlier this month, making the device finally available to the second largest smartphone market in the world. This special variant of OnePlus 5T is identical to the regular 8GB RAM edition of the device in all aspects, except for the color of course. The other color option already available to consumers is the Midnight Black version, which comes with either 6GB of RAM and 64GB of internal storage or 8GB of RAM and 128GB of native storage. The 6GB Midnight Black variant is currently available to purchase in India for ₹32,999 while you can snag the bigger RAM variant for the same price as the Lava Red edition.

OnePlus originally announced the Lava Red OnePlus 5T back in November shortly after the debut of the original OnePlus 5T. This special edition phone is not entirely red as its name suggests. Rather, its back panel and sides are the only red-colored portions, but its front side remains black. Lava Red OnePlus 5T joins the Star Wars OnePlus 5T edition in India. The device is made out of metal and it includes a rear-facing fingerprint scanner as well as a dual camera setup (20-megapixel + 16-megapixel) on the back. It also sports a large 6.01-inch full HD+ Optic AMOLED display with an 18:9 aspect ratio. Other key specs include the Snapdragon 835 64-bit octa-core processor and a 3,300mAh non-removable battery. It runs Android 7.1.1 Nougat out of the box, with OnePlus’ OxygenOS on top of it. 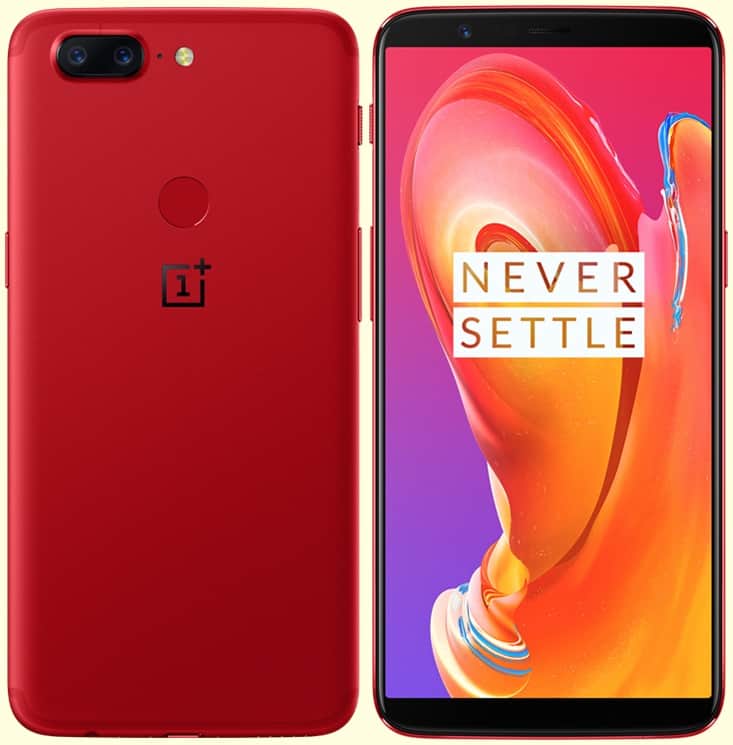