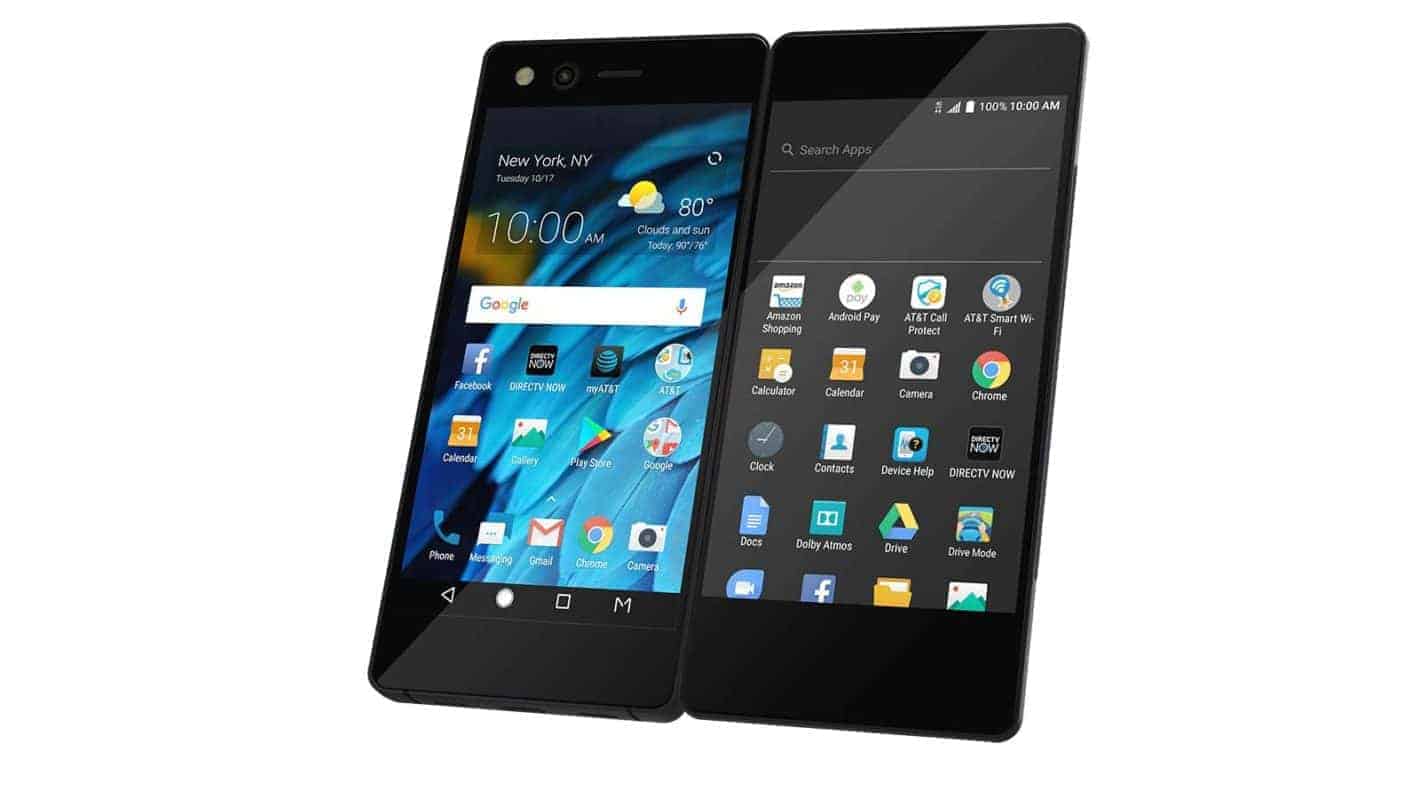 The ZTE Axon M is one of the oddest smartphones that we've seen announced last year, and it seems like the phone will launch in China in the near future. ZTE has shared four new teasers via its official Weibo (Chinese social network) page, suggesting that the Axon M will be announced in the country on January 16. The ZTE Axon M had been certified by TENAA (China's equivalent to the FCC) on December 29, while the phone was originally announced back in mid-October last year.

The ZTE Axon M is a rather odd phone, as it basically combines two smartphones into one. This handset literally looks like the company decided to take two rather regular-looking smartphones with thick bezels and stitch them together, while the ZTE Axon M is also foldable. Now, the problem is, the device looks quite unappealing compared to today's modern devices, and once you decide to use its two displays as one, you're getting a rather thick black bar right in the middle. Now, some people actually seem interesting in the ZTE Axon M, due to its uniqueness, which is not that surprising, as it is also one of the most unique devices of last year. Now, in terms of specs, this is a mid-range smartphone, as it is fueled by the Snapdragon 821 64-bit quad-core processor, which is Qualcomm's flagship processor for 2016. The device also comes with 4GB of RAM and 64GB of expandable storage, while it sports two 5.2-inch fullHD (1920 x 1080) displays, and those are IPS LCD panels, in case you were wondering.

The ZTE Axon M is heavier than most phones out there, as we're looking at two devices here, essentially, so the phone weighs 230 grams, while it is 12.2mm thick. A 20-megapixel shooter is placed on the back of the ZTE Axon M, and the device comes with a set of stereo speakers. Android 7.1.2 Nougat comes pre-installed on the ZTE Axon M, while the device does not sport a secondary camera. A 3,180mAh non-removable battery is included in this package as well, and so is Qualcomm's Quick Charge 3.0 fast charging. A fingerprint scanner is also included here, though we're looking at a side-facing fingerprint scanner, which not many phones sport.