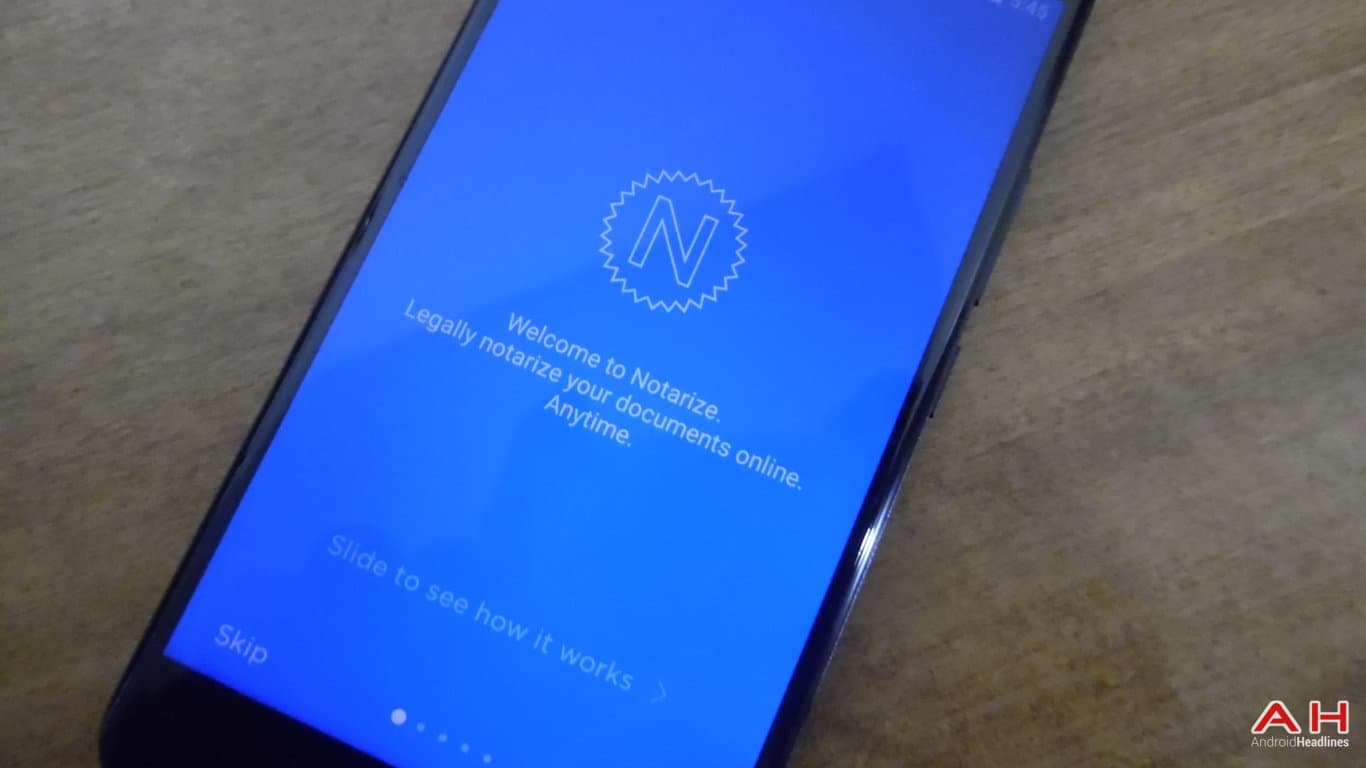 Getting a document legally notarized while on the go is now said to be easier than ever thanks to a new application called Notarize which has been around for a while but has just now finally launched on Android devices. In fact, all that's needed is an Android smartphone or tablet running Android 4.4 KitKat or newer, proof of identification, a solid Internet connection, and a digital representation of documents that need to be notarized. According to the company behind the self-titled app, users won't need to worry about whether that notarized signature is legitimate either. The premise is based on two separate Virginia Bills that were passed back in 2011, allowing for remote electronic notarization, and a clause of the Constitution that requires states to accept out-of-state notarizations.

Besides providing access to relatively straightforward Notary services 24 hours per day, seven days per week from any place with a solid data or WiFi connection, the Notarize application has a few distinct features that also seek to set it apart from other apps. For starters, it has features that allow for document importing and preparation, as well as easy-to-use tools for document signing and annotating from directly within the app. Meanwhile, one's identity is verified by using the app to scan a legally recognized form of identification – such as a driver's license or state-issued ID card.  A video conference is used to verify that it is actually the user in question who is signing the documents – preventing just anybody from picking up the app and using it to notarize things in someone else's name. The Notarize app also has chat support for users who might need a bit more help in getting the process moving forward if doing so seems too complicated. Finally, not only can an individual or business get a document notarized through the application for themselves, but they can also send a document to others to be notarized through the app.

Notarize is completely free to download but not free to use. The cost of using the service is set at a rate of $25 per notarization, which is toward the upper end of typical fees for the service but it would be really difficult to quantify the savings in terms of convenience. Notary services are generally considered to be rather inconvenient and sometimes time-consuming to obtain even before factoring in the costs, which can go well above $20. That means this could be the perfect tool for Android users who need official notarization services but simply don't have the time to drive to a courthouse, bank, or another location that has a notary public on staff. It may even be worth keeping on hand just in case. In the meantime, anybody interested should go ahead and hit the Google Play Store button below to get started.