A smartphone from HMD Global bearing the model number TA-1054 was spotted in the database of Android benchmarking tool Geekbench earlier today, with most signs pointing to a mid-ranger that’s likely to be marketed as the Nokia 6 (2018). The handset was identified as being powered by the Snapdragon 630, Qualcomm’s 2017 system-on-chip which was previously commercialized in the likes of the Moto X4, ASUS ZenFone 4 (ZE554KL), and the HTC U11 Life. The Finnish phone maker itself already used that particular chip in the Nokia 7, another Android mid-ranger that debuted in China late last year but has yet to make its way to other markets around the world.

The newly certified device is hence set to scrap the Snapdragon 400 series in favor of a much more powerful one and should prove to be a significant performance upgrade over its predecessor. Geekbench also identified the smartphone as packing 4GB of RAM, which is comparable to the storage configuration found inside the best variant of the original Nokia 6. The Nokia 6 (2018) is expected to feature 32GB of internal flash memory expandable via a microSD card by at least 128GB. According to a number of previously emerged certificates, the device also boasts dual-SIM capabilities, though it’s still unclear whether it takes advantage of a Hybrid SIM setup or if it has a separate microSD card slot that can be used simultaneously with the double SIM tray. Finally, the TA-1054 was benchmarked while running Android 8.0 Oreo and if HMD’s recently released devices are any indication, the software found on the Nokia 6 (2018) will be extremely similar to a stock Android experience and should only feature a small number of proprietary apps like the company’s own Camera tool.

Should the upcoming device follow the availability pattern of its predecessor, it would launch at the next iteration of Mobile World Congress which is starting in late February. An early spring debut has already been rumored for some time, though it remains to be seen whether all models of the Nokia 6 (2018) will feature the Snapdragon 630, as a number of previous reports also indicated the device may be released with the Snapdragon 660. HMD is also soon expected to launch the Nokia 8 (2018) and Nokia 9 flagships, as well as the entry-level Nokia 1. 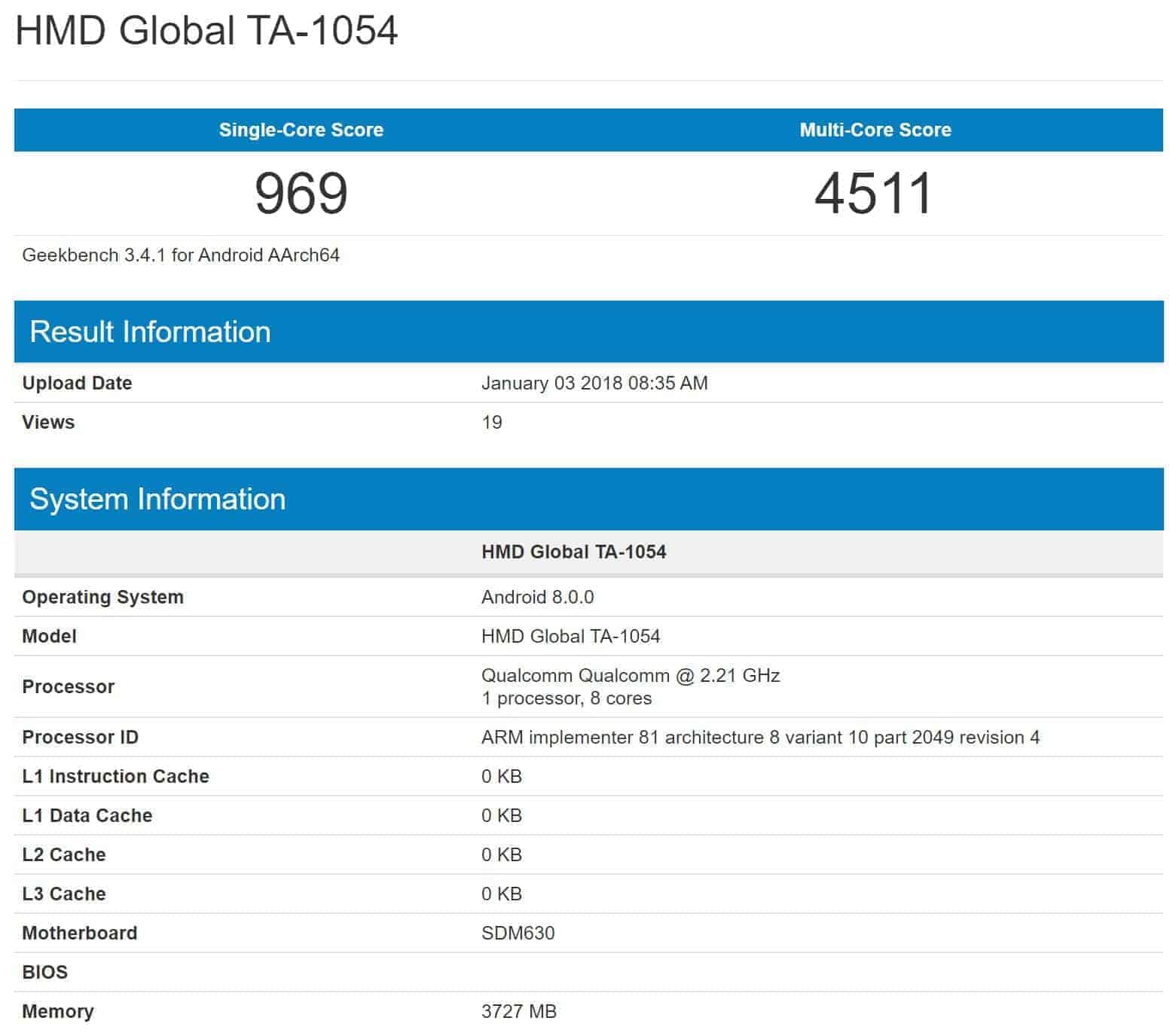