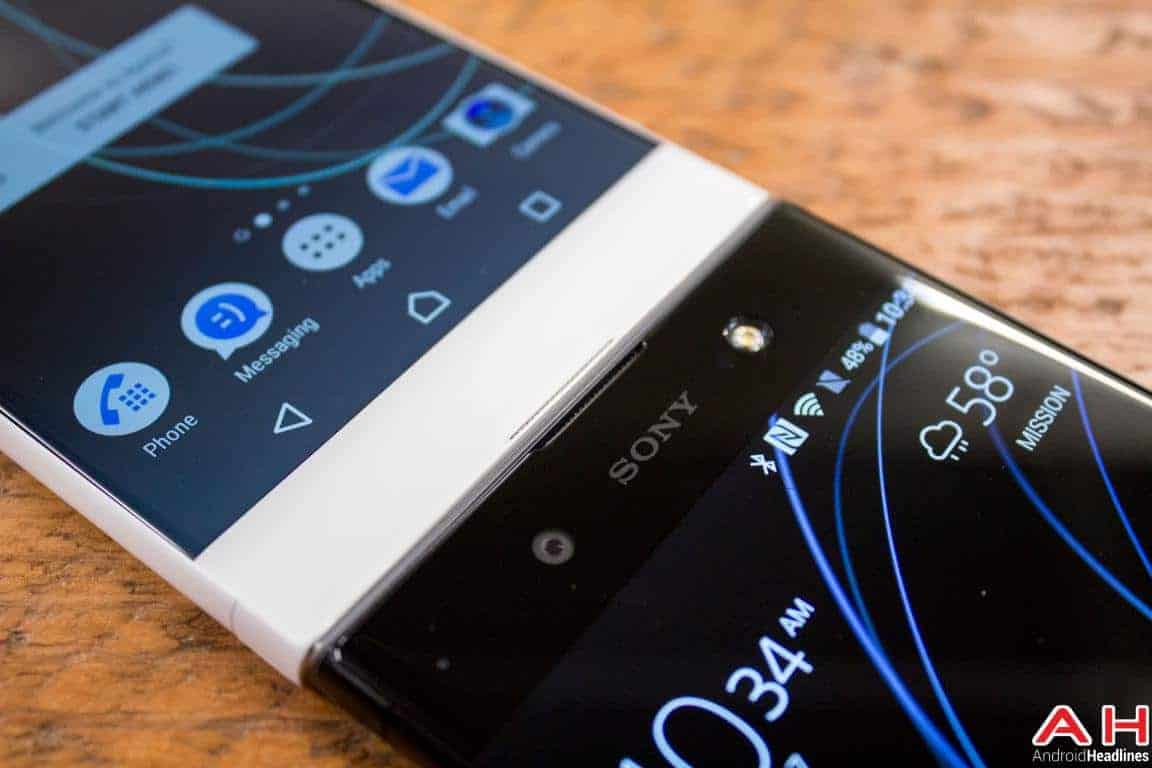 Today Sony introduced three new smartphones as part of its CES 2018 proceedings and all three are arriving as upgrades to existing product lines. At the more budget end there is the Xperia L2 which follows on from last year's Xperia L1. With the other two arriving as the latest additions to the Xperia XA line, the Xperia XA2 and the XA2 Ultra. While none of these new phones necessarily target the most premium end of the smartphone market, all three do come with one very clear and obvious change compared to their predecessors – their fingerprint sensors have all been moved to the back of the device and now take pride of place as a dedicated hardware component. Compared to before when their functionality was somewhat hidden behind the power button.

While this may not necessarily seem like noteworthy news, it is. As for the last few years Sony Mobile smartphones that have made their way to the US have not come with working fingerprint sensors. To be clear, the models that did arrive in the US, were identical to their 'global' counterparts and did include all the required technology. However, the use of the fingerprint sensor was intentionally disabled by Sony. With this being a US-specific issue, with all three of these new phones including more prominently-positioned fingerprint sensors, and with Sony confirming they will be released in the US, there was an obvious question which needed to be asked – would the fingerprint features be enabled on the Xperia XA2, the Xperia XA2 Ultra, and the Xperia L2 in the US?

Yes, is the simple answer to that question as a Sony representative has confirmed to AndroidHeadlines that when these three devices arrive in the US, they will arrive with fully-working and usable fingerprint sensors. Changing what has been a very long overdue feature for buyers of Sony phones in the US. In response to the question, Sony did not go into any detail as to why the fingerprint sensors had previously been disabled, although it has widely been speculated that previous business deals prohibited Sony from releasing phones with active fingerprint sensors in the US. Based on this current move, and providing the prior speculation is correct, then it could be assumed any period relating to that prohibiting has now come to an end. While this in itself is not confirmation that the likes of Sony's upcoming flagship Xperia XZ devices (currently rumored for an MWC 2018 announcement) will come with an active fingerprint sensor – they most likely will.

For reference, below is the Sony Mobile provided statement in full.

Yes – Xperia XA2, Xperia XA2 Ultra and Xperia L2 will feature fully functional fingerprint sensors in the US. We are excited to provide this feature to provide extended security features.