A new device patent awarded to Samsung Electronics by the World Intellectual Property Organization on Thursday hints at the design of the Galaxy X, the company’s foldable smartphone that’s been in the making for at least half a decade now. The illustrations attached to the filing that can be seen in the gallery below reveal what’s essentially an evolution of the flip phone concept but without traditional hinges, though a mechanical joint is still present on the back side of the device that appears to have a single display panel.

The illustrations also go into more hardware details than Samsung’s previously seen patents describing foldable smartphones, showing a handset with a screen that stretches to the very edges of its long sides but is still sandwiched between a top and bottom bezel of somewhat regular size. The left side of the possible Galaxy X features two volume keys, with a Power button presumably residing on the opposite edge of the device. A single-lens camera is also seen on the top bezel of the smartphone whose bottom houses a USB Type-C port, 3.5mm headphone jack, and one speaker. The illustrations indicate Samsung’s creation can be folded almost entirely, though it still leaves a slight opening near its joint. The patent doesn’t mention whether the device has any functionality in its folded state save for providing audio cues for calling and messaging notifications, though one of the attached illustrations may be indicative of a small rear-mounted panel not entirely unlike the one found on the Meizu PRO 7 Plus which would presumably allow users to glimpse at their notifications without opening the handset.

The panel of the possible Galaxy X also appears to be utilizing a 21:9 aspect ratio and features a diagonal no shorter than seven inches, as suggested by the patent. While some of Samsung‘s top executives repeatedly promised the company’s first foldable Android flagship will be commercialized in 2018, recent reports suggest that availability window has been pushed yet again, with the smartphone now being expected to launch next year. The South Korean tech giant will announce its next premium mobile devices in late February, having already confirmed the Galaxy S9 and Galaxy S9 Plus will debut at MWC 2018 in Barcelona, Spain. 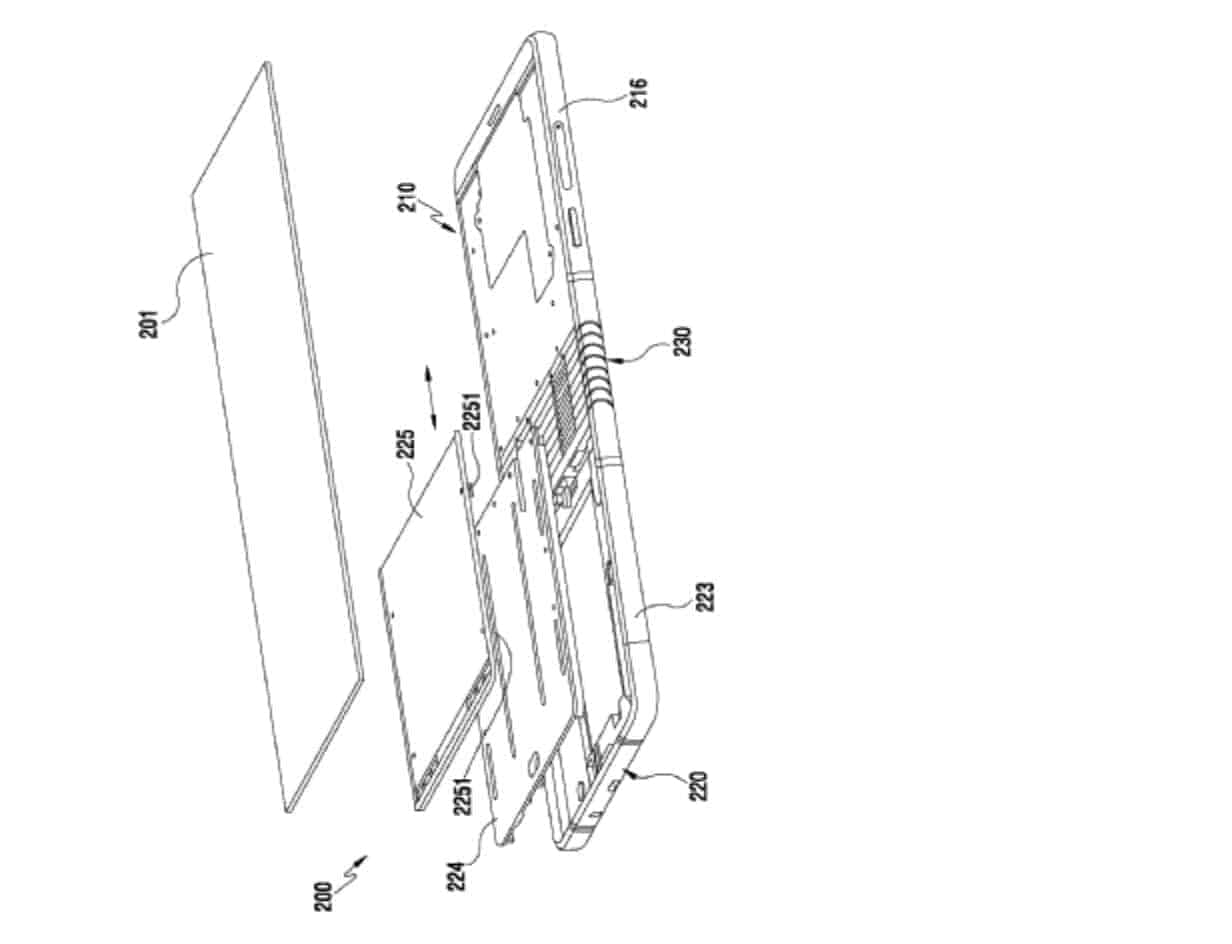 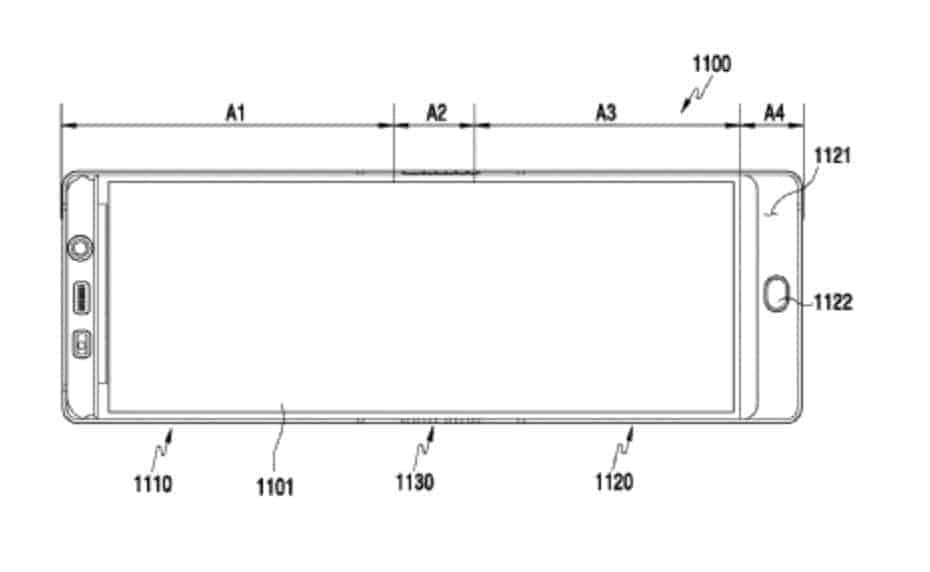 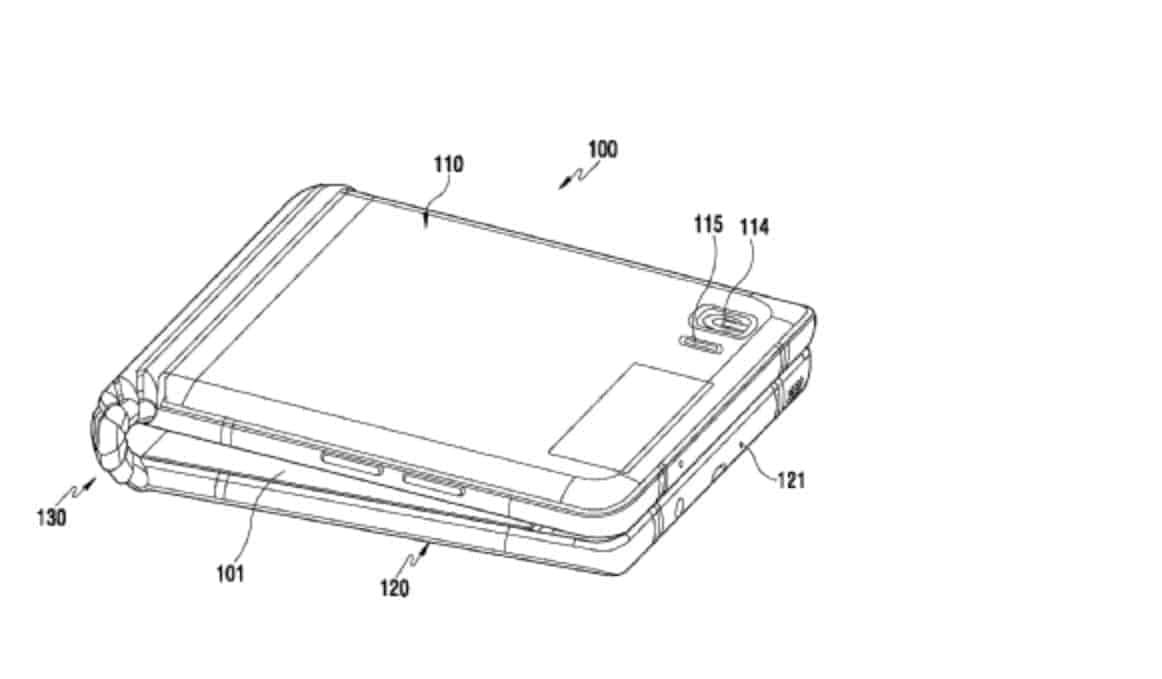 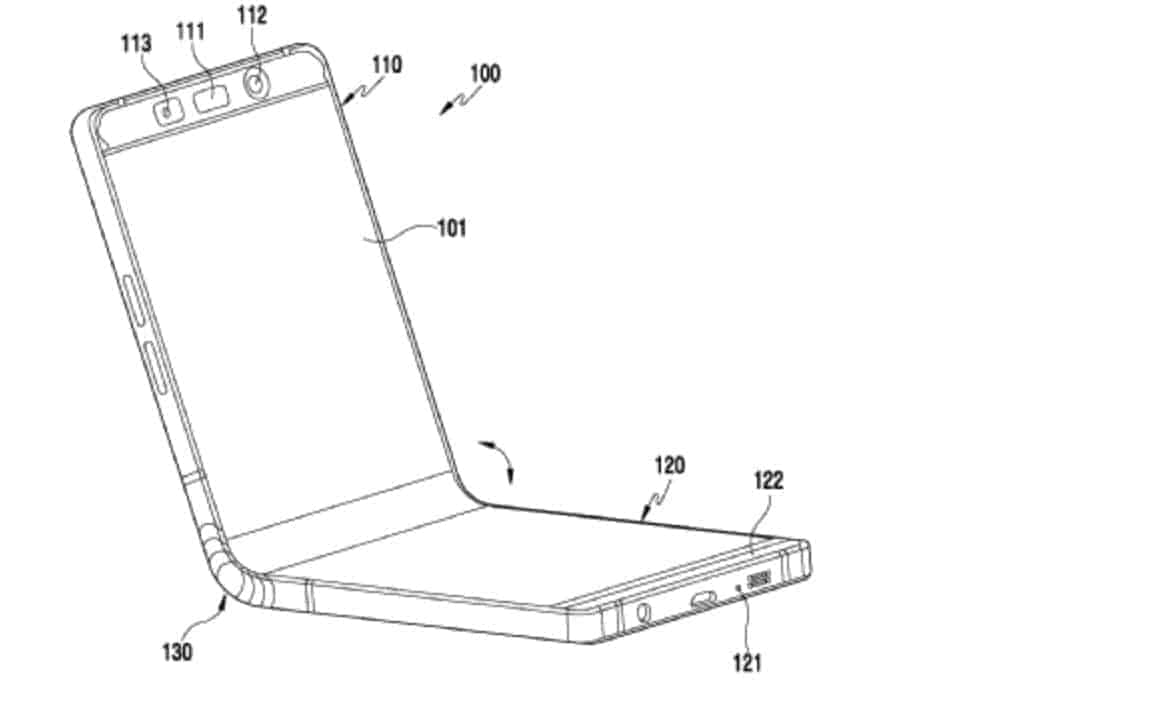