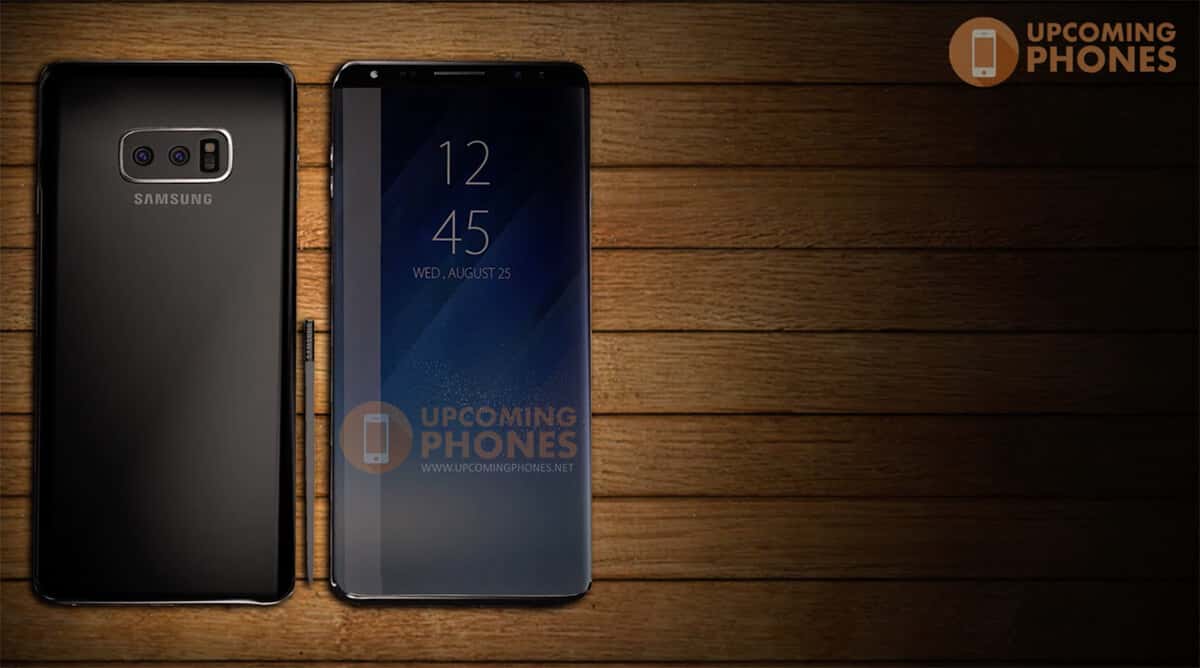 With the expected launch of Samsung's Galaxy S9 family of devices just around the corner, designers have moved on to created concepts of new devices – including a recently spotted fan-made concept imagining Samsung's as-yet-unannounced Galaxy Note 9. The design is attributed to Upcoming Phones and was posted on the site of the same name. In addition to providing a series of well-thought-out images and even a video, the concept includes what the designer behind the device hopes to see when Samsung finally does unveil the next member of its Galaxy Note family. It's worth reiterating that because this is not an official design from the device's manufacturer, there's no reason to expect that the features outlined here or the images are representative of anything Samsung is actually working on. Bearing that in mind, there are a few interesting things about this concept.

Starting with the specs imagined for this design, the Samsung Galaxy Note 9 concept features a front-facing 3D face scanner being included in the package. According to the source, that wouldn't rely on camera sensor technology, allowing it to work even when the user is in the dark. That's set next to a front-facing 8-megapixel selfie shooter. Underneath those sensors is a 6.5-inch Infinity display set at 4K resolution. There is no bezel along the bottom and the top bezel has been whittled down to an even smaller size than previous devices. The edges of the device are rounded, as has come to be expected from Samsung. Around the back of the device, the designers include a dual-camera setup featuring two 12-megapixels shooters working in tandem. That's backed up by a dual tone flash. Under the hood, although no mention is given to the expected or wished-for SoC, the concept is said to run Android on 8GB of RAM with either 64GB or 128GB storage options available. That's all backed up by a 3,900mAh battery, with wireless charging capabilities.

Meanwhile, the design of the device itself also follows Samsung's phone conventions fairly closely. Volume rockers and a power button are aligned along one edge, with what is presumably a Bixby button along the other side. The company's famed S-Pen also makes an appearance in several of the images, as well, and there's a single speaker embedded along the top bezel. Interestingly, there's no sign of a fingerprint scanner at all. That could mean one of two things. The designer or designers behind this new concept may simply not see the need to include one because of the newly introduced face scanner. On the other hand, it may be they envision including one embedded along one of the edges or behind the screen itself.