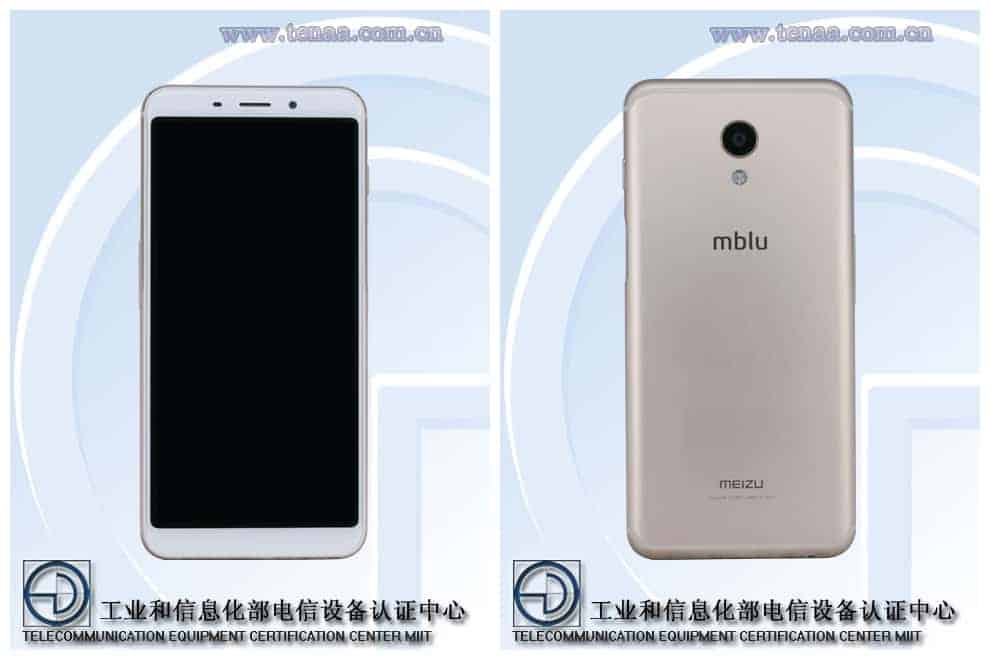 The Meizu M6S is Meizu’s upcoming budget smartphone which will be announced on January 17, and the device surfaced on TENAA (China’s equivalent to the FCC) it seems, though this listing seems to be legit compared to the one that surfaced in December, as that listing probably showed off a completely different phone. This seems to be a limited TENAA listing, though, as the device did surface, but not all of its specifications appeared along with it. The design of the device was more or less confirmed with this listing, however, as it confirms previously-leaked images, read on.

The Meizu M6S will be made out of metal, while it will sport a single camera on its back, below which you’ll notice an LED flash. This handset will actually come with the ‘mblu’ branding, as you can see in one of the provided images, while ‘Meizu’ brand will be included at the bottom of the phone’s back side. It seems like the phone will sport two buttons on the right, and two on the left. On the left side of the Meizu M6S, you’ll be able to find the volume up and down buttons, while a power key will be included on the right, and also a fingerprint scanner, which is rather interesting. It is somewhat odd that Meizu did not decide to use that fingerprint scanner as a power key as well, at least that seems to be the case considering there are two buttons on the right, but well have to wait for the company to announce this handset in order to know the full story behind this. The SIM card tray can be seen on the left-hand side of the device, and as you can see, the Meizu M6S will sport rather thin bezels, well, thinner than any other Meizu-branded smartphone, that’s for sure, while its display will sport rounded corners.

The Meizu M6S is expected to sport a 5.7-inch HD+ (1440 x 720) display, along with 3GB of RAM and 32GB of storage, though there’s a chance that Meizu may introduce a 4GB RAM variant of the phone as well, which will ship with 64GB of native storage. Samsung’s Exynos 7872 64-bit hexa-core SoC will probably fuel this smartphone, and that SoC comes with the Mali-G71 GPU for graphics. A 3,000mAh non-removable battery is also expected to be included here, along with 9V/2A 18W fast charging. This handset is expected to compete with the Xiaomi Redmi 5 Plus, so it will probably sport a similar price point, we’ll find out soon.