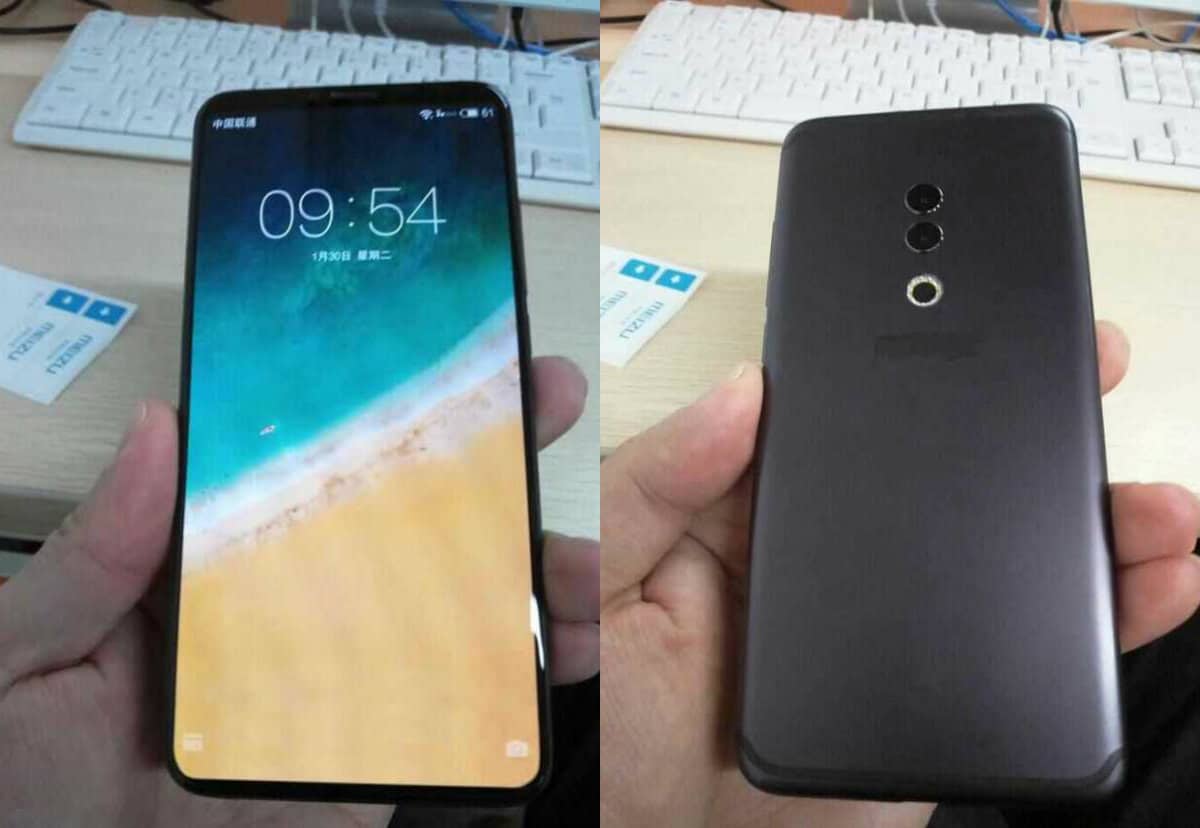 The Meizu 15 Plus images have been leaking like crazy for the last couple of weeks, and now a new leak has appeared, giving us the best look at the device yet, presuming it's real, of course. If you take a look at the two images in the gallery down below, you will be able to see two real life shots of the alleged Meizu 15 Plus, which will let you check out the design of both its front and back sides.

The back side of the device resembles a number of leaks we've seen thus far, so chance are this si the real deal, though it seems like the device will be made out of metal, and it won't ship with a glass back, as a render that surfaced recently suggested. The phone will sport really thin bezels all around, and its top bezel will be the thickest one, it seems. The display of this smartphone will sport rounded corners, like many other flagships out there, while all of the phone's physical keys will sit on the right. There is no physical home key place below this smartphone's display, which probably means that the device will ship with the 'Halo Button', which is Meizu's all-new on-screen multifunctional key. The Halo Button was included on the Meizu M6S, and it is also a pressure sensitive button, so it allows you to use it a number of ways, you can read more about that in our Meizu M6S announcement.

Looking at the back of the phone, you will spot two vertically aligned cameras, and a circular LED flash which is placed right below them. Meizu's branding will be included on the back of this phone as well, while antenna bands are visible in this image as well. Chances are that the Meizu 15 Plus will sport a side-facing fingerprint scanner, just like the Meizu M6S, and the device is expected to arrive in the Sprint, according to Meizu's exec, who also shared the phone's retail packaging a while back. The Meizu 15 Plus will be the company's new flagship smartphone, and there's also a chance that Meizu may announce a smaller version of this phone, named the Meizu 15 or the Meizu 15 Pro, at least according to a recent leak.