LG may push the Android 8.0 Oreo update to its LG G6 flagship by the end of February, according to one member of XDA Developers forums who obtained their info from the company’s customer service. The development provides more details on LG’s Android 8.0 Oreo roadmap which previously revealed the launch of the new OS version for the LG G6 is scheduled for early 2018 and will presumably start rolling out around the date the firm announces the LG G7. A company representative specifically said the late February launch window has yet to be confirmed and may end up being pushed.

The new information was provided by LG in regards to the G6 model H870S, a variant exclusive to the Middle East, so other models may receive the Android 8.0 Oreo update at an earlier or later date. While the LG G6 was the South Korean company’s first flagship in 2017, it isn’t its first to receive the Android 8.0 Oreo update, as that honor goes to the LG V30 which is already in the process of receiving it. LG is expected to provide more details on Oreo’s availability on the G6 in the coming weeks. The successor to the LG G6 is rumored to be announced at the next iteration of Mobile World Congress and should run Android 8.0 Oreo out of the box, coupled with the company’s proprietary software suite.

In terms of specs, the LG G6 packs a large 5.7-inch QHD+ FullVision display surrounded by extremely thin bezels. Under the hood, the device sports the Qualcomm Snapdragon 821 SoC featuring the Adreno 530 GPU. Memory-wise, the LG G6 features 4GB of RAM with internal storage options of either 32GB or 64GB, and both are expandable via a microSD card. For optics, the LG G6 sports a dual-camera setup on its rear, with both of its sensors being 13-megapixel affairs. One camera comes with a normal 71-degree lens, while the other has a wide-angle 125-degree lens. The cameras support 2x optical zoom, along with 16x digital zoom, and are accompanied by a dual-LED flash. Selfies are handled by a 5-megapixel front-facing camera. Keeping the lights on is a 3,300mAh non-removable battery with support for Qualcomm Quick Charge 3.0. 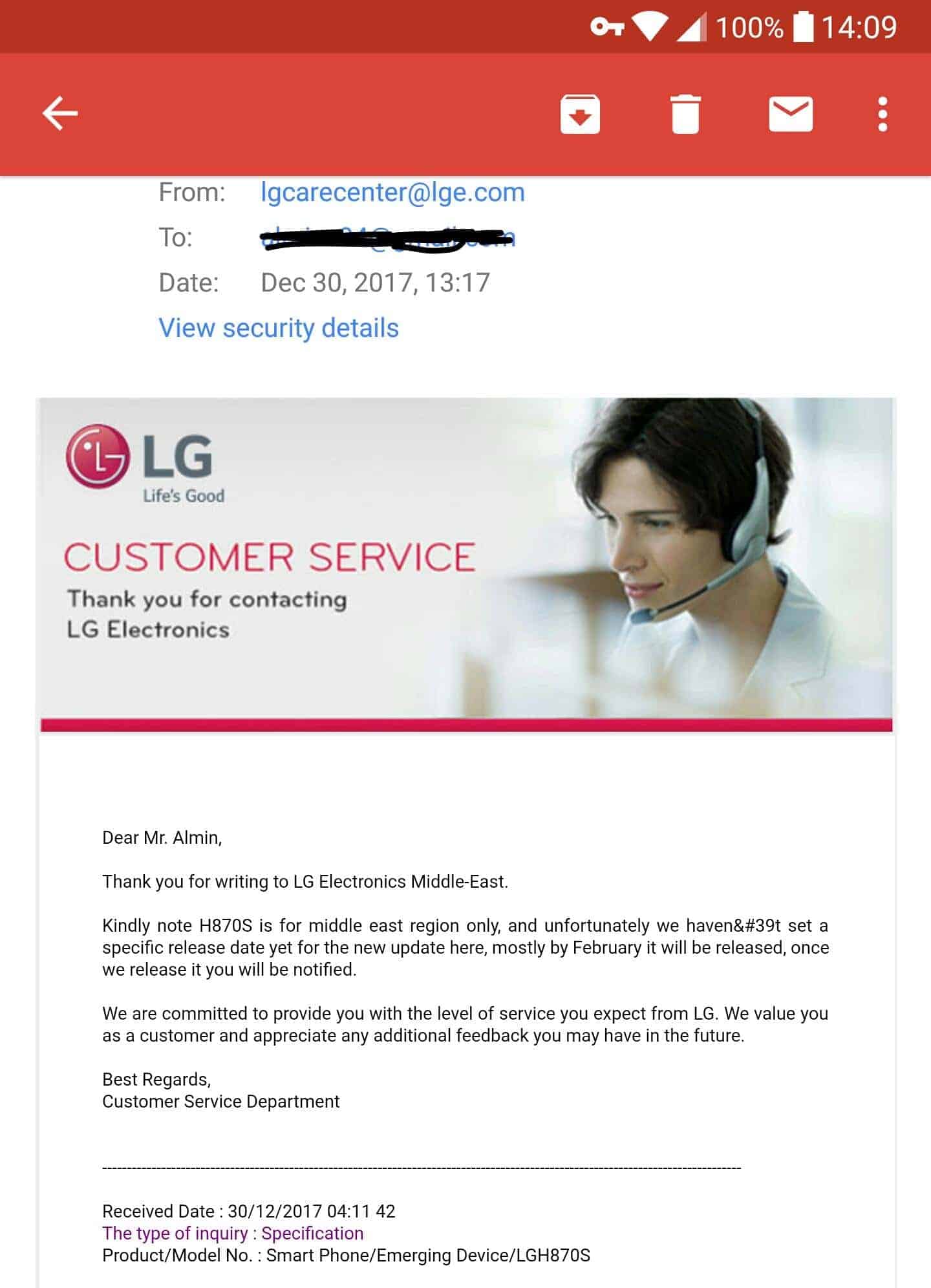