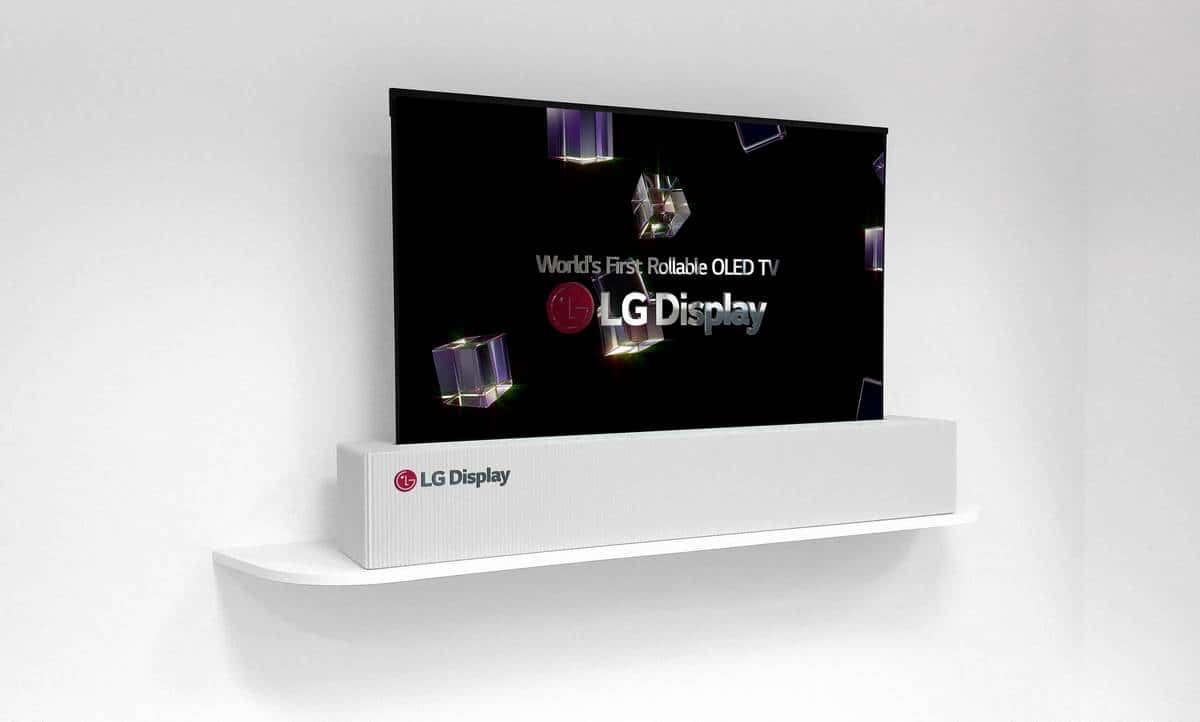 LG Display's latest creation is a 4K 65-inch rollable OLED panel that it aims to sell to consumers. Showcasing its new panel at CES 2018, LG Display boasts about some of the finer points of this kind of technology, which may seem pretty obvious when you think about it – the ability to roll the screen up and tuck it away when you're done with it. That is, if you're not someone who loves to have the TV there to look at even if it's turned off and not being used by anyone.

While not everyone will care about the hideaway feature, as the display would even look good fully rolled out and "on display" for all to see at all times, a minimalist design approach to home decor has always been a trendy thing among consumers, and LG is giving consumers that capability with this type of OLED panel. Perhaps the only downside at this point is that LG has not mentioned anything about a potential release date for such a product, then there's the issue of price, something which LG hasn't mentioned anything about either. There's also a big reason for that and that's because for the time being this is just a concept and not something which LG actually has any plans of releasing, at least not that it's let on.

That said, if LG does decide to bring out rollable OLED TVs or monitors at some point in the future, they likely won't be cheap for a few reasons. First there's the matter of size as this one in particular is 65-inches, and if LG plans to stay true to its concept for a launch product then it would also likely be 4K, and larger 4K TVs from major brands like LG are also not cheap. None of this will likely matter to consumers though unless LG decides to release a product that is built with this style of design, which may never happen, or which may still be further out. That said LG will be showcasing it at CES this week, so there is a chance that it will offer up more details on the show floor.