LG has just made another announcement for a product that will be debuting at CES next week in Las Vegas. It’s a 4K UHD projector with the name HU80KA. The HU80KA is a pretty impressive projector from LG, as the company had looked to solve some of the issues with other high-end projectors, which included difficulty in installing it. This model is actually half the size of competing 4K-capable projectors on the market, and while pricing hasn’t been announced, LG does say that it’ll be “affordable”.

With the LG HU80KA, you will get a cinematic experience, from the 4K picture quality, and the projector still being portable. So users are able to move it to another room if they wish to do so. It can project up to a 150-inch display, at 2,500 lumens. This is actually LG’s brightest projector to date. In addition to being a 4K-capable projector, it also has support for HDR 10. Giving you an incredible viewing experience. Of course what would a “cinematic experience” be without some great sound. Well LG has two 7W speakers available for this projector, which will provide some incredible sound. If that’s not enough, you can also connect your own speakers or a soundbar via the optical output, HDMI or via Bluetooth (though a wired connection would provide a better experience).

LG has designed the HU80KA to be a portable, upright projector, which is actually unique and it was made possible by its mirrorless I-shaped engine. That allows the projector to show perfect images no matter where it is placed. Whether that be on the floor or mounted from the ceiling. LG has included a carrying handle, making it easier to hold and carry the projector around. Also there is the Auto Cord feature, allowing the cable to quickly wind up so that it makes moving the projector even easier. As far as content goes, customers won’t have any issues finding anything to watch. The LG HU80KA comes with LG’s own webOS 3.5 installed. So there are plenty of apps and games available, including all of the big names like Netflix, YouTube, Google Play Movies & TV, and much more. LG has also included other connectivity options like USB, Ethernet and HDMI ports.

With the announcement of the LG HU80KA, LG did not mention any pricing or availability for this projector. Which means it won’t be coming out anytime soon. LG did mention that it will be on display at its booth during CES next week, so expect more details on this projector in the next few days. 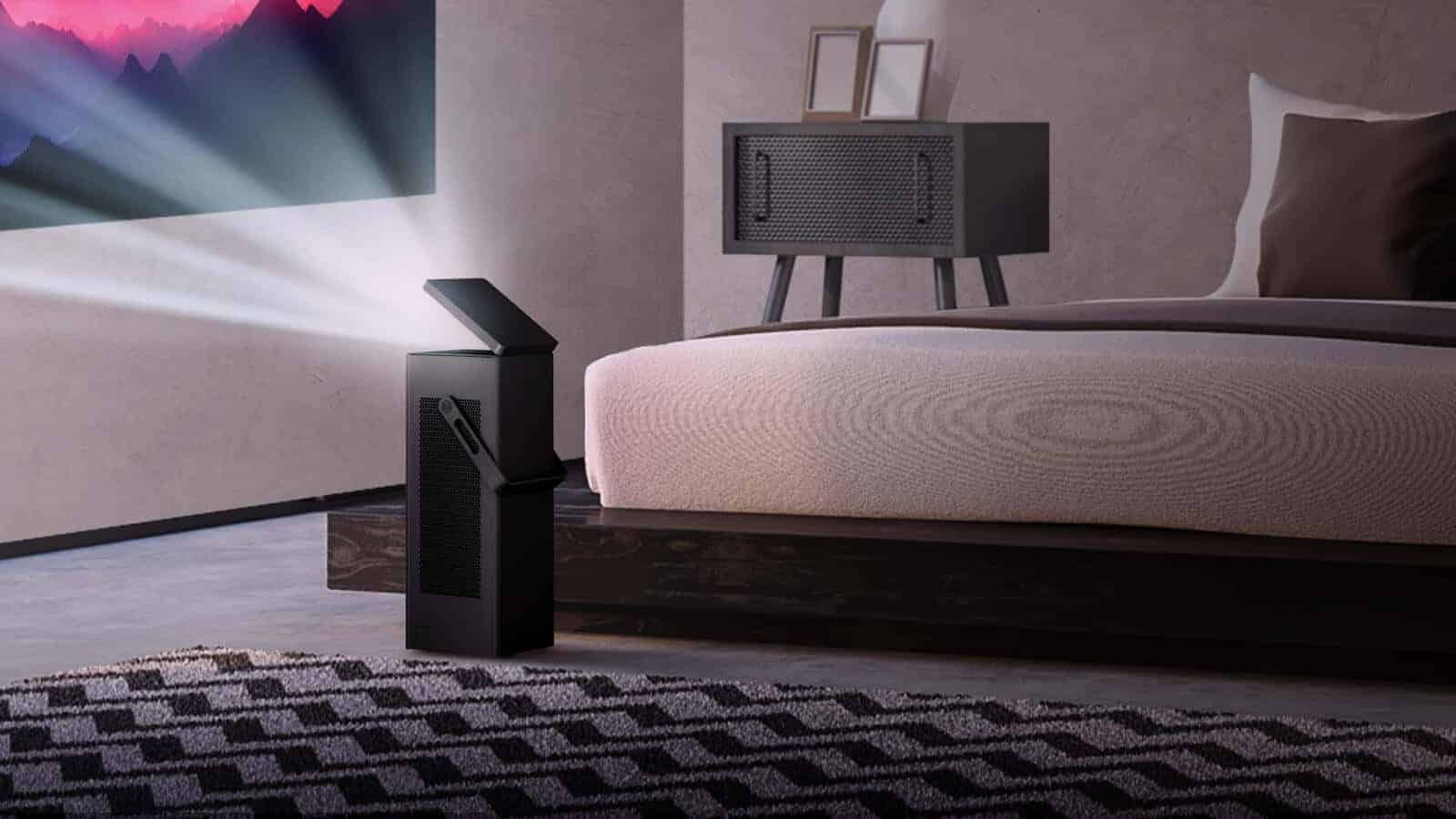