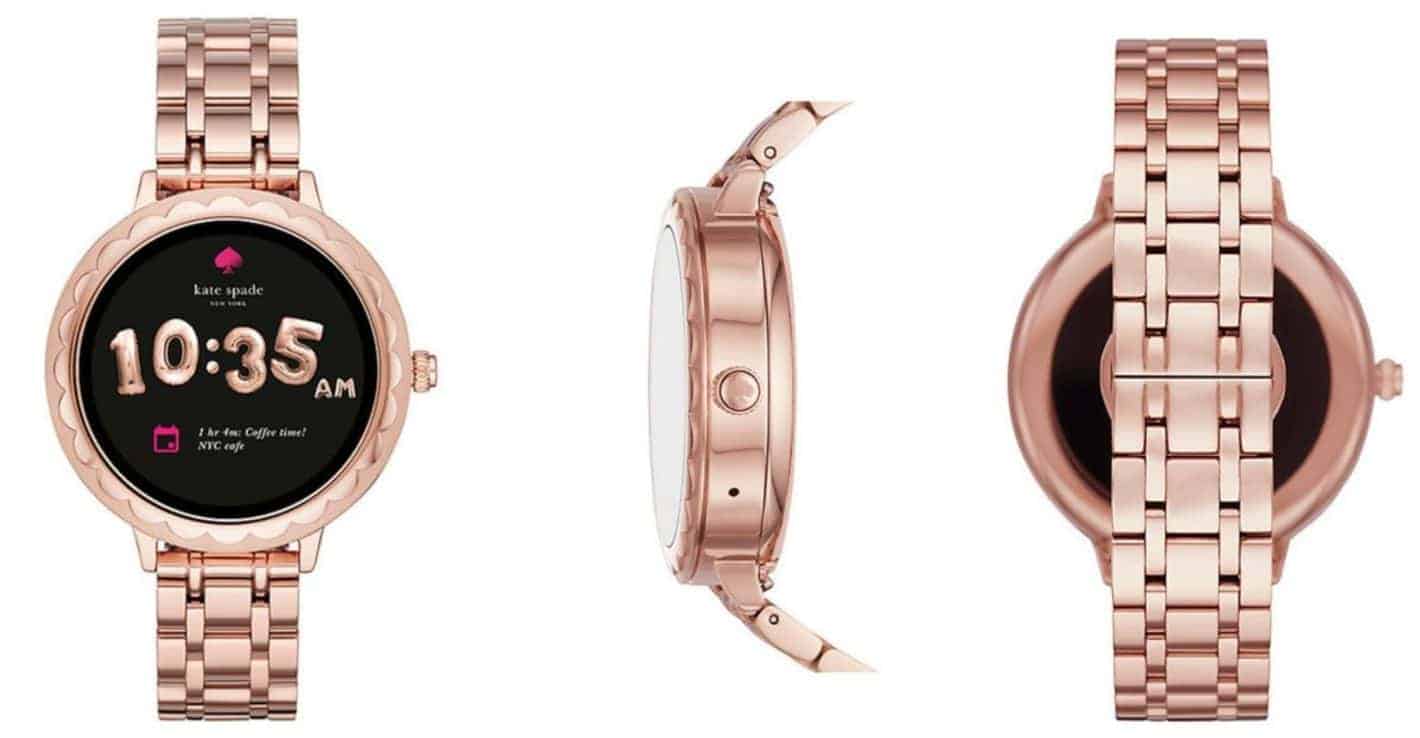 One of the new smartwatches to be announced at this year’s CES event is from kate spade new york. While this is not the first wearable (or smart-enabled watch for that matter) to come through from the kate spade new york-brand, it is the company’s first touchscreen smartwatch and one which comes powered by Android Wear. By association this watch therefore has access to apps through the on-watch Google Play Store, as well as a number of other Google-related features built-in, such as the Google Assistant.

kate spade new york is marketing this smartwatch as one which will offer a “playfully sophisticated, feminine style” and has announced it will be available in three different versions which largely differ in terms of the strap design. One version employs the use of a bracelet, while the other two are leather strap-based designs with one consisting of a standard black leather strap and the other, soft vachetta. All three styles include the same rose gold-tone case and some additional smaller details which the company states will further reinforce its “kate spade new york look.” Topping of its unique design elements is the inclusion of a ‘delicate scallop-patterned case,’ present with all three options. In addition, the new kate spade new york smartwatch features a fully round 1.19-inch AMOLED display (which makes use of a 390 x 390 resolution), a Qualcomm Snapdragon 2100 processor, and an ambient light sensor as a means to further conserve battery life.

One of the more unique aspects with this watch it what the company refers to as its “choose your look” watch app. This is essentially an app which allows the wearer to select a color profile for the watch face based on aspects like the outfit worn by the person on that day. Therefore the suggestion is owners will be able to very quickly change the look and style of the smartwatch to match any outfit by simply answering a few basic questions through the app, such as the time of the day, type of jewelry worn, and general color of clothing and/or accessories. Other software tweaks include customizable, animated dials, and weather effects based on the current local conditions. At present, pricing and exact availability on this latest smartwatch have yet to be announced, although kate spade new york has confirmed its scallop touchscreen smartwatch will initially become available sometime in February.