London-based Integral Memory has created the world’s first 512GB MicroSD card, a V10 class SDXC affair that will launch commercially this February. The card boasts a top transfer speed of 80MB per second. While that’s not the best in the market, it is quite impressive, given the massive capacity. The V10 standard means that it should be able to shoot and store video in 1080p from a high-end camera in real time. The card is also UHS-1 Class-1, which means that the slowest transfer speed that the card will dip down to is 10MB per second, so long as it’s been placed inside compatible hardware. Pricing for the card was not mentioned in Integral’s press release, but to put things into perspective, a Sandisk MicroSD card clocking in at 400GB currently goes for $199.

Integral’s new card is the largest yet created, beating the current largest offering on the market by 112GB. The aforementioned Sandisk card, it should be noted, actually performs just a bit faster than Integral’s upcoming record breaker, with a top speed of 100MB per second. Most users will be hard-pressed to notice any real difference in day to day usage, though more speed-intensive use cases such as playing lossless music, shooting high-quality video, and playing games with large data files may well benefit from the extra 20MB per second.

This incredibly high capacity card from integral rivals and beats the memory found in many contemporary laptops, which could actually mean that some remote workers and entrepreneurs out there can safely move to using nothing but their phones for work, so long as they can type nimbly on a touch screen and don’t have to use any applications that are exclusive to Apple’s Mac OS or Microsoft’s Windows. Ports of many open-source Linux applications are out there for Android, and there are even a few ways to run a full-fledged Linux distribution on your phone. Modern devices running Qualcomm’s Snapdragon 835 processor, such as the Samsung Galaxy S8 and Lenovo Moto Z2 Force can even emulate PC-style x86 instructions to an extent, though almost all methods for users to harness that ability on Android are locked behind the need for a rooted device, custom kernels, and other heavy modifications. 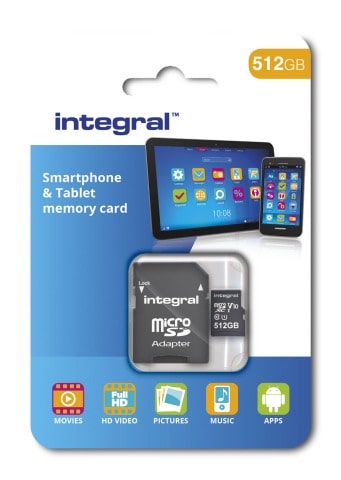