Instagram has announced that Business accounts will now be able to schedule their posts on the platform. The social network has been putting a heavy focus on its business customers in recent times, but despite a high number of requests, the Facebook-owned company has so far avoided adding the option to schedule posts. Now, though, in an update to Instagram’s Graph API, business accounts will be able to schedule posts through a number of social media software platforms.

As part of the new update, platforms such as HootSuite or Sprout Social will be able to access the same information that Business accounts have had access too since their launch, allowing managers of certain accounts to schedule posts. It is worth noting that scheduling through the native Instagram app is not supported, though, meaning an account on a third-party platform is required in order to take advantage of the feature. The scheduling feature will also be limited to traditional posts, with ads on the platform being excluded. Nonetheless, scheduling will be available to all Facebook and Instagram Marketing Partners. Furthermore, Instagram has confirmed that the new update is currently only available to Business users, but it has announced that a solution for non-business profiles is currently in the works, with the release likely to happen next year. In addition to the new scheduling feature, the updated API introduces the ability to view mentions and tagged posts, as well as other business profiles. Other features in the API include the ability to moderate comments and analyze other information.

The update to the social network‘s API is a small step towards Instagram’s end goal. Last year the company’s original API began being updated to the newer Instagram Graph API, but the company has now announced that beginning July 31 this year, it will slowly phase out the previous version, with support ending permanently sometime in 2020. In the meantime, it appears those wanting to access the new scheduling feature will have to sign up for HootSuite, as it appears to be the only platform to have implemented the newly-updated API. Considering the sheer amount of requests for the feature, though, it shouldn’t be too long before competing platforms also introduce support for the new API. 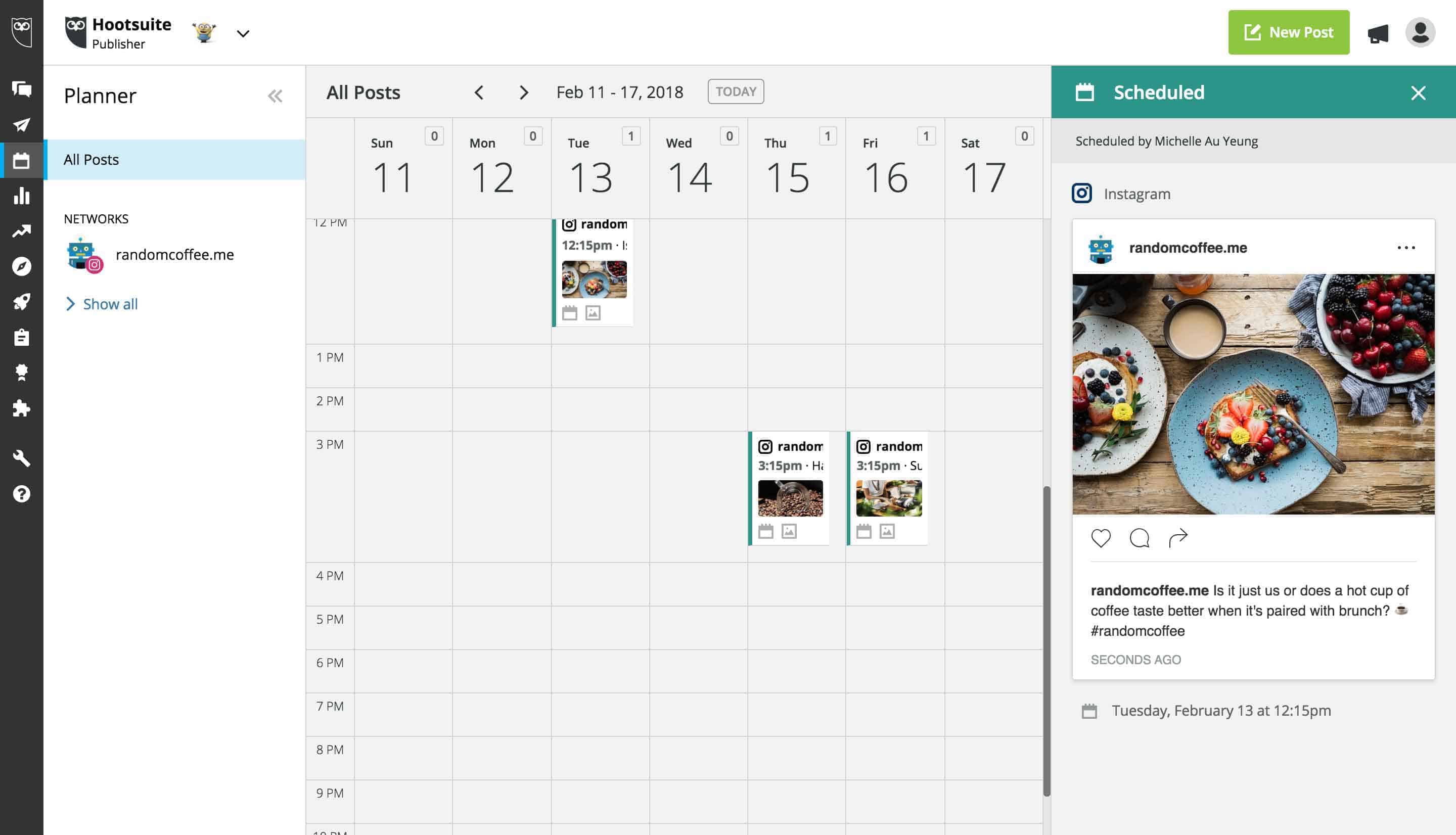