Huawei Consumer Business Group (Huawei BG) has now unveiled a new mesh-capable Wi-Fi system in conjunction with CES 2018. Dubbed the Huawei WiFi Q2, there are actually four packages available for purchase when the new product goes on sale. Packages will start with a one-pack, which effectively only includes a single WiFi router. Individual units – known as satellites in a mesh network – can be added to the system one-by-one via a satellite package. Still, another option for consumers would be to buy more, to begin with, by purchasing either a three-pack, which includes the base router and two satellite units, or a hybrid three-pack. The first of the two latter packages will operate at 1Gbps, while the hybrid pack operates at up to 1867Mbps.  Meanwhile, installation is also made easy and, according to the company, only takes a total of 5 steps on the main base unit.

Some of the more interesting features of the new Huawei WiFi Q2, however, are in some of the other numbers released by the company. For starters, Huawei says that the system is designed to allow for up to 16 total units in a single mesh. That translates to a system claimed to be able to support as many as 192 connected devices on a single system, which is definitely overkilling things by a bit as compared to what the average home network probably needs – even with the influx of connected smart home appliances and devices. That may make it a logical option for some businesses or corporations. Switching between the nodes on that mesh network is said to take just 100ms, which should be relatively unnoticeable to most users and is made possible by the WiFi Q2's compatibility with the 802.11v protocol.

Security won't be light within a mesh network created using Huawei's new devices either since the company has included a new anti-brute force algorithm alongside Wi-Fi encryption and password protection measures. Unfortunately, Huawei BG has not yet provided any information about region availability, pricing, or even a time frame for when its latest push in mesh networking will become available. Huawei WiFi Q2 will likely be sold at some point over the course of the next 365 days but that isn't guaranteed and there's no way to speculate about the pricing. 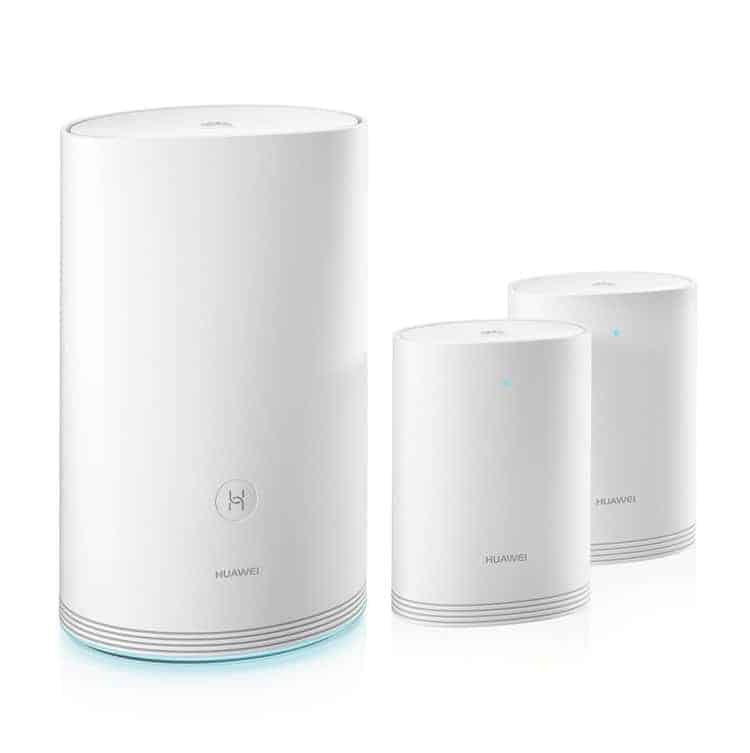