In the smartphone world, Huawei has long been associated with having excellent camera technology, and that image has only been enhanced since the partnership with Leica began. With photography roots going back well over 100 years ago, Leica is an established name in the world of optics and high end cameras, so it only makes sense for Huawei to have partnered with Leica to help differentiate its smartphone photography. We’re going to take a deeper dive into what makes the cameras on the HUAWEI Mate 10 Pro special and different from the pack, from the optics themselves to the artificial intelligence engine that runs the show. 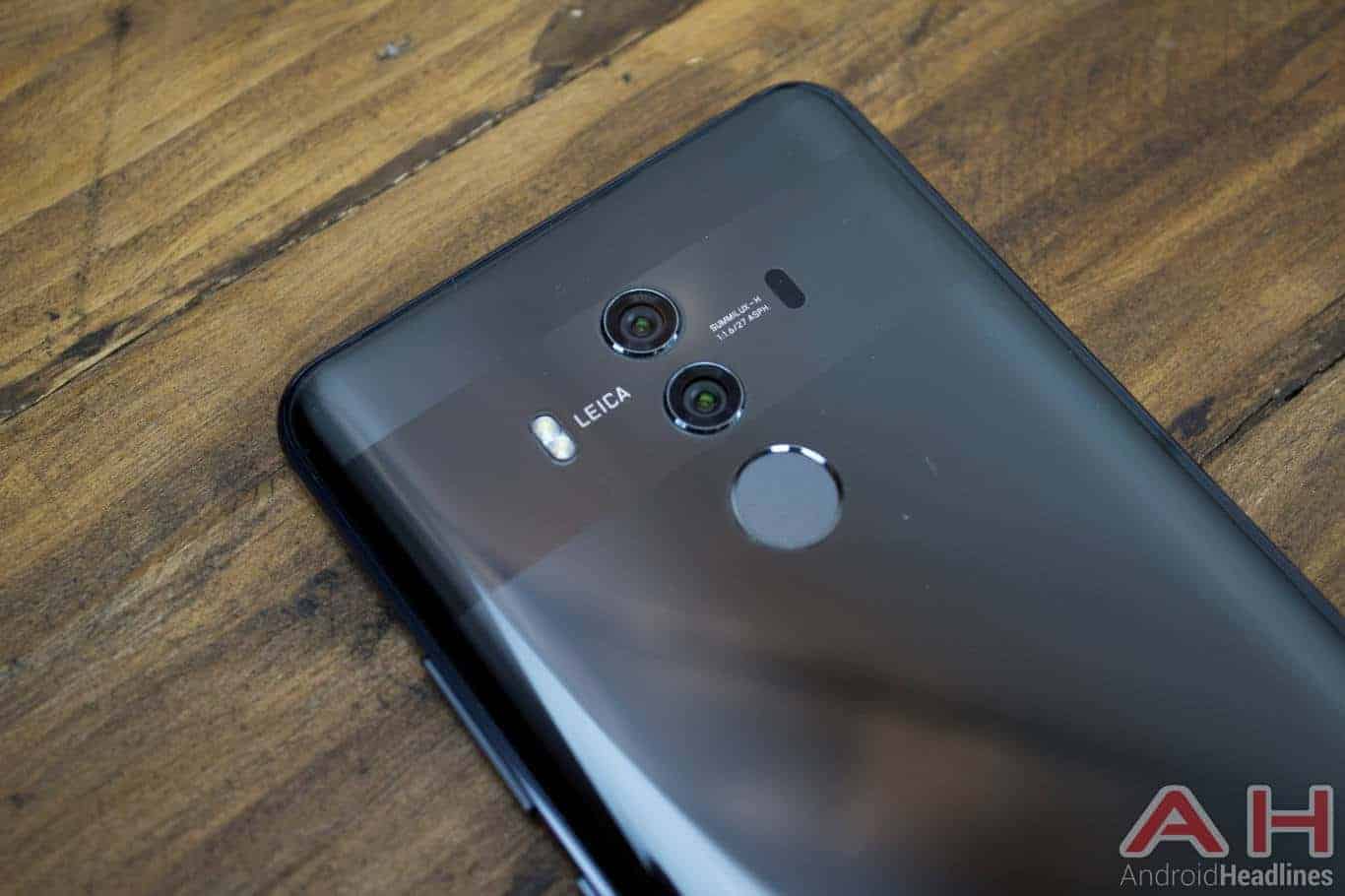 As mentioned, Leica has created a special set of optics for the HUAWEI Mate 10 Pro, with each of its dual cameras utilizing an f/1.6 lens from the German company. A lens’s f-stop rating denotes its ability to suck in light among other things too, but a lower f-stop actually pulls in more light than higher numbers. The result is low light performance that previous generations of smartphones could only dream of, and it’s the hardware of the Mate 10 Pro that we’re examining first. The name on the back says it all: SUMMILUX-H 1:1.6/27 ASPH. While this looks like a lot of jargon, let’s break down what makes this special.

As a camera and optics company, Leica makes many different ranges of lenses that all feature different light transmission rates, focal lengths, and so on and so forth. SUMMILUX is the name Leica reserves for lenses in the sub-2 f-stop region, with the H meaning a special modification for Huawei. This elite category of lenses translates down to the specs themselves, of which a 1.6 f-stop rating is the absolute largest f-stop you’ll find on any smartphone on the market. This, combined with the 27mm focal length, means that you’ll be sucking in as much light as possible, all while capturing everything in the scene in front of you. Huawei is using the same lenses for both cameras on the back, meaning that no matter if you use the main 12-megapixel color sensor or the secondary 20-megapixel monochrome sensor, you’re still getting the same great lens. 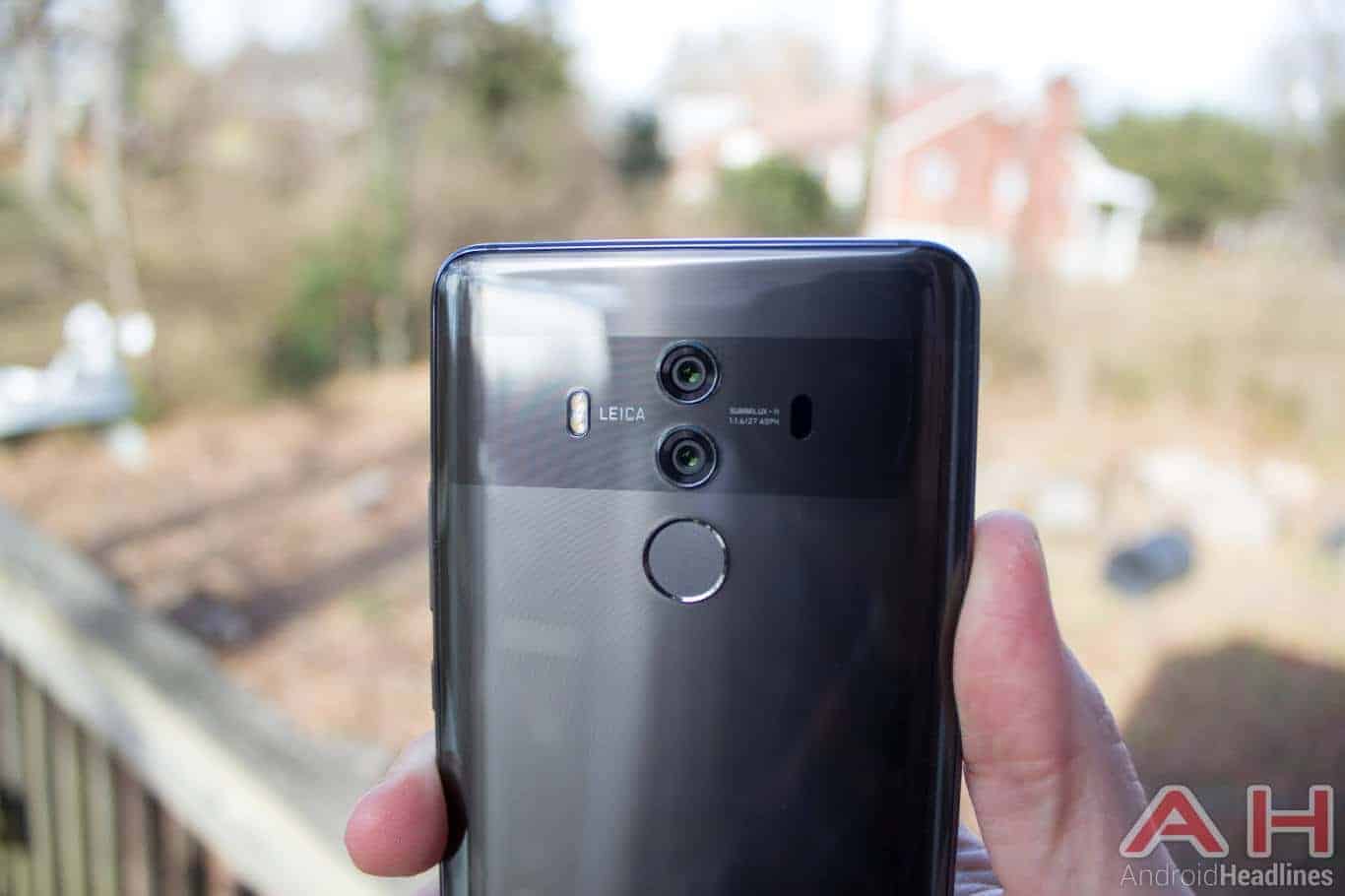 Dual cameras aren’t anything new to smartphones, but the trend has caught on significantly in flagship phones in the past few years for a number of reasons. Huawei isn’t just slapping two cameras on the back and calling it a day though, they’ve outfitted the Mate 10 Pro with an intelligent design of two very different types of cameras; one a 12-megapixel color sensor, and the other a 20-megapixel monochrome sensor. Why this massive dichotomy in both resolution and color? Simply put, having two different types of sensors allows Huawei to work some serious magic on the software front, helping take the strengths of each type of sensor and combine them for a final image that features the best of both worlds.

What’s particularly interesting is the way Huawei uses both cameras at the same time, instead of just relying on one sensor to do all the heavy work. The main 20-megapixel monochrome sensor is used to pull in more detail in a scene, thanks to its higher resolution, and also extrapolates more light and shadow detail from a scene thanks to the fact that it doesn’t have to process color. The 12-megapixel sensor, on the other hand, is there to aide in lower light scenes and provide a color base for the other sensor. Using these in tandem brings about a heightened level of detail and color accuracy in a scene, not to mention better dynamic range as a result of the monochrome sensor’s ability to bring in more light detail. 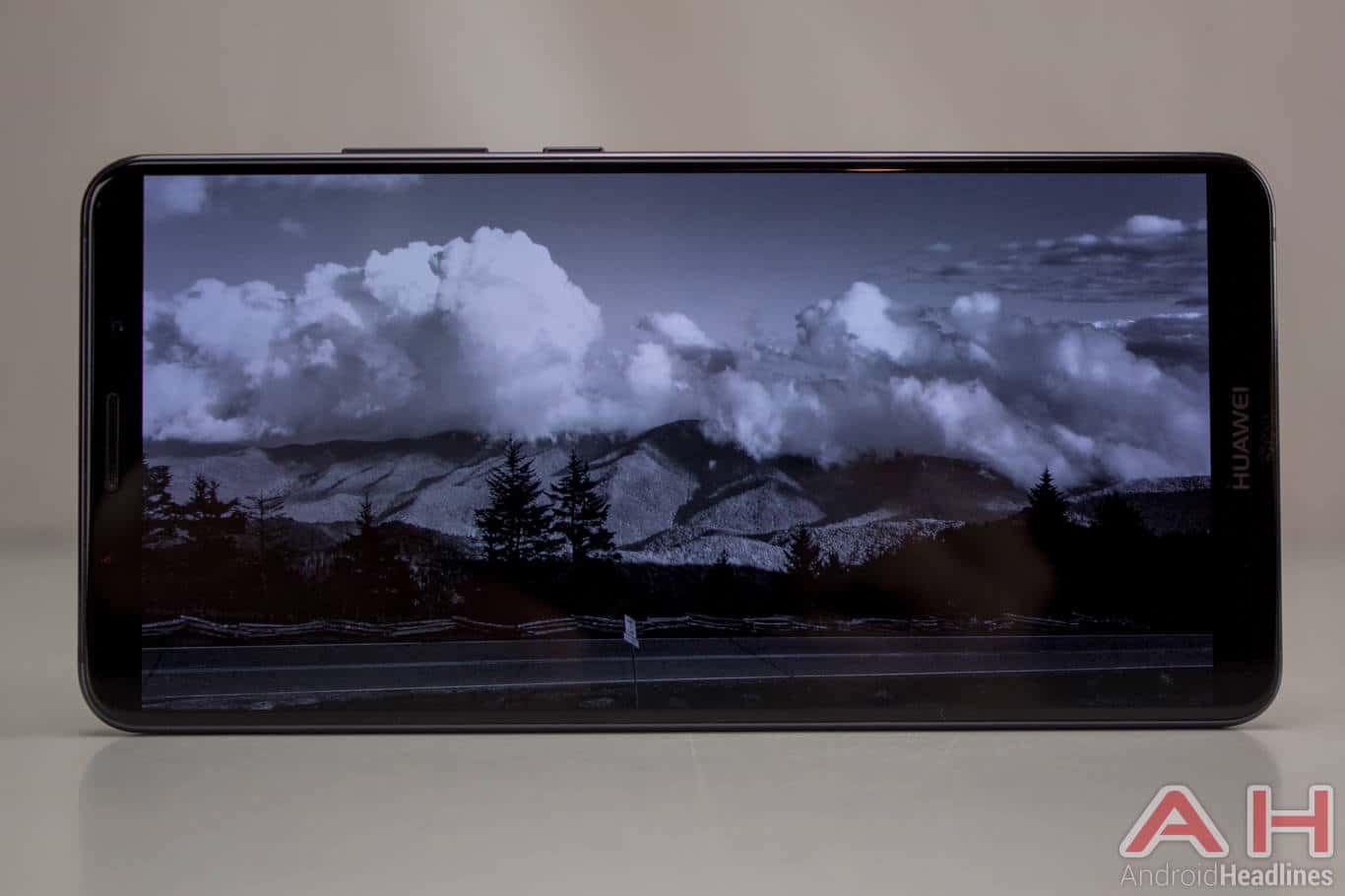 One of the most effective ways to utilize that secondary camera is with monochrome mode, as it takes what the sensor is made for and turns it into a dedicated mode. Ever notice how dramatic and beautiful a black and white image can be? There’s something about stripping all color away from a scene that makes it more striking and more emotional, and the same effect isn’t easily achieved by simple filtering out of colors. Huawei’s monochrome mode is simply beautiful, packing in tons of detail from a 20-megapixel sensor that’s designed to have a better range of highlights and shadow detail than a similar color sensor can provide. It also means that, by having a dedicated realtime mode to take these shots, monochrome images can be lined up and taken right from the viewfinder, without any guesswork or processing needing to be done after the fact. Huawei also utilizes the dual camera setup to create stunning portrait mode shots that are difficult to recreate with just a single camera. Having a dual camera setup gives the software the ability to sense depth the way our eyes do. By juxtaposing slightly different angles, the camera can identify foreground and background objects in the blink of an eye, helping to create an ultra shallow depth of field effect that mimics what a professional SLR camera might look like in the same situation. By blurring the background and creating what’s known as a “bokeh” effect, the foreground pops in a way that it simply wouldn’t otherwise. Colors are more enhanced, and the subject at hand, usually a person, has emotions captured in a more dramatic way than a standard photo can. Couple this with the monochrome sensor and you’ll quickly begin to understand that Huawei has worked to create a smartphone that doesn’t just deliver better pictures, but photos with more emotion and depth than ever before. 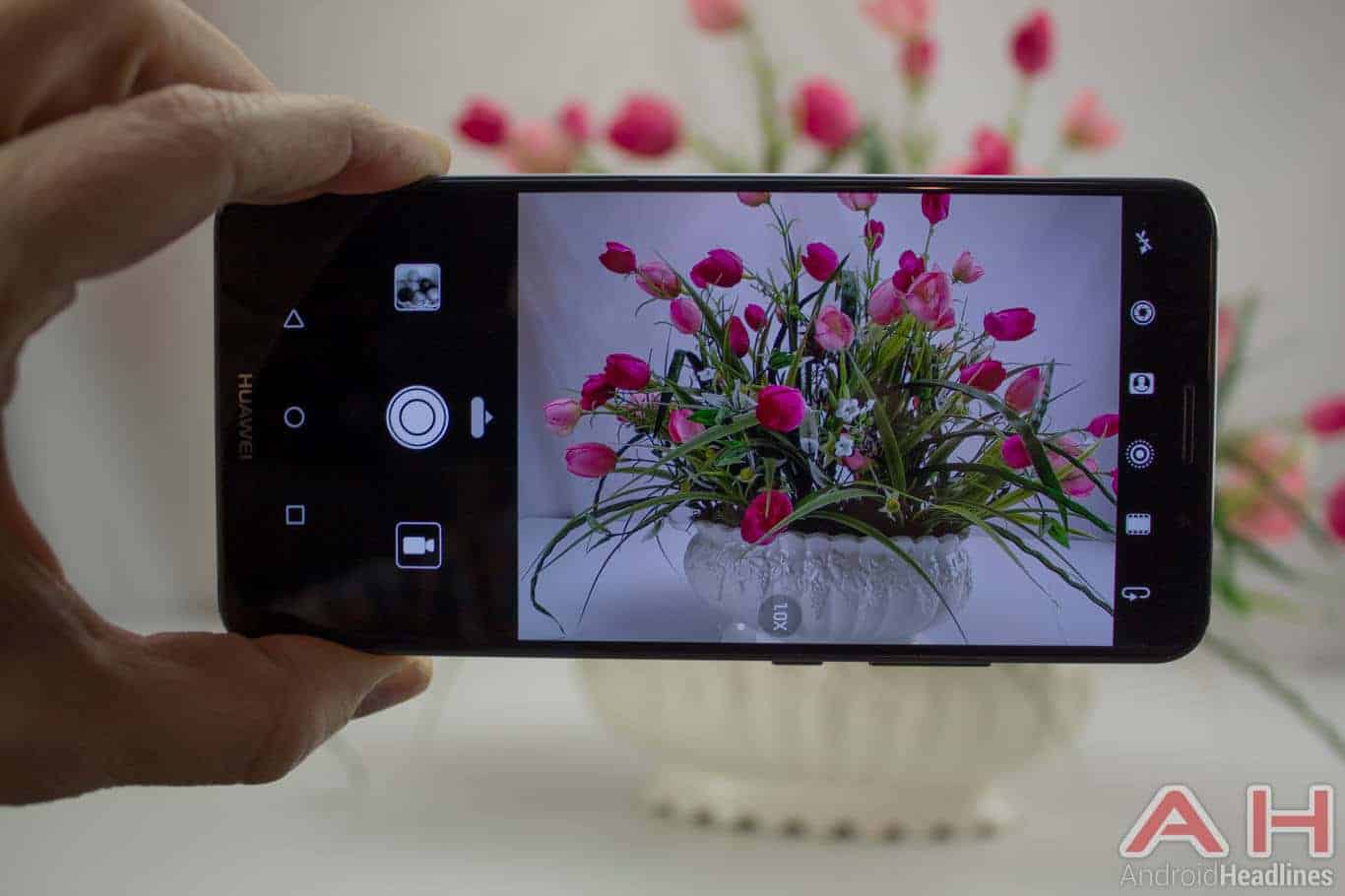 New to the Mate 10 Pro is a Neural Processing Unit (NPU) inside the shell; a processor designed solely to run an artificial intelligence (AI) algorithm at any given time. A dedicated processor was created for the Mate 10 Pro to both achieve more intelligent software, all while keeping data private and off the cloud, as well as keeping battery life from excessive draining. Since this processor is designed to run AI, it uses far less power than the general purpose processor inside would while processing the same tasks. In turn, the general purpose processor can work faster on other tasks, and the user finds the phone and its intricate processing is faster than ever before too. Huawei isn’t just making this some ambiguous new feature though, it’s working to put these new features in a place that’s truly meaningful: the camera. Automatic scene detection is Huawei’s method of identifying scenes and their composition, aided by an AI approach that not only identifies scenes quicker and more accurately, but also learns from commonly photographed scenes as well. Since all the data is kept on the phone, the NPU is able to call up this data at a moment’s notice and cross reference past scene identifications with the ones in the live viewfinder. This means that folks who own dogs or cats, for example, will find the camera more quickly identifying when pictures of their favorite pet are about to be taken. The camera will then adjust various parameters of the photo on the fly in order to better capture the moment.

What about those moments where your kids are on stage performing, with that harsh lighting contrasting with pitch black conditions? Huawei’s got an automatic mode for that. Taking a picture of food? The camera will automatically identify all sorts of food and enhance things like contrast and color to make the picture look extraordinarily appetizing. Out and about on the latest adventure? The Mate 10 Pro will identify everything from outdoor landscapes and panoramic vistas, water shots to sunsets, and even things as difficult to properly capture like snow. Flowers and plants come to life in the spring with enhanced color, and Fall foliage never looked so good either. It’s pretty clear to see how Huawei’s use of AI can significantly enhance the experience, making it easier for everyone to take better photos by automatically AI identification of a scene, changing the processing attributes to best match each one, not to mention figuring out what’s best for each and every person’s most commonly photographed moments. 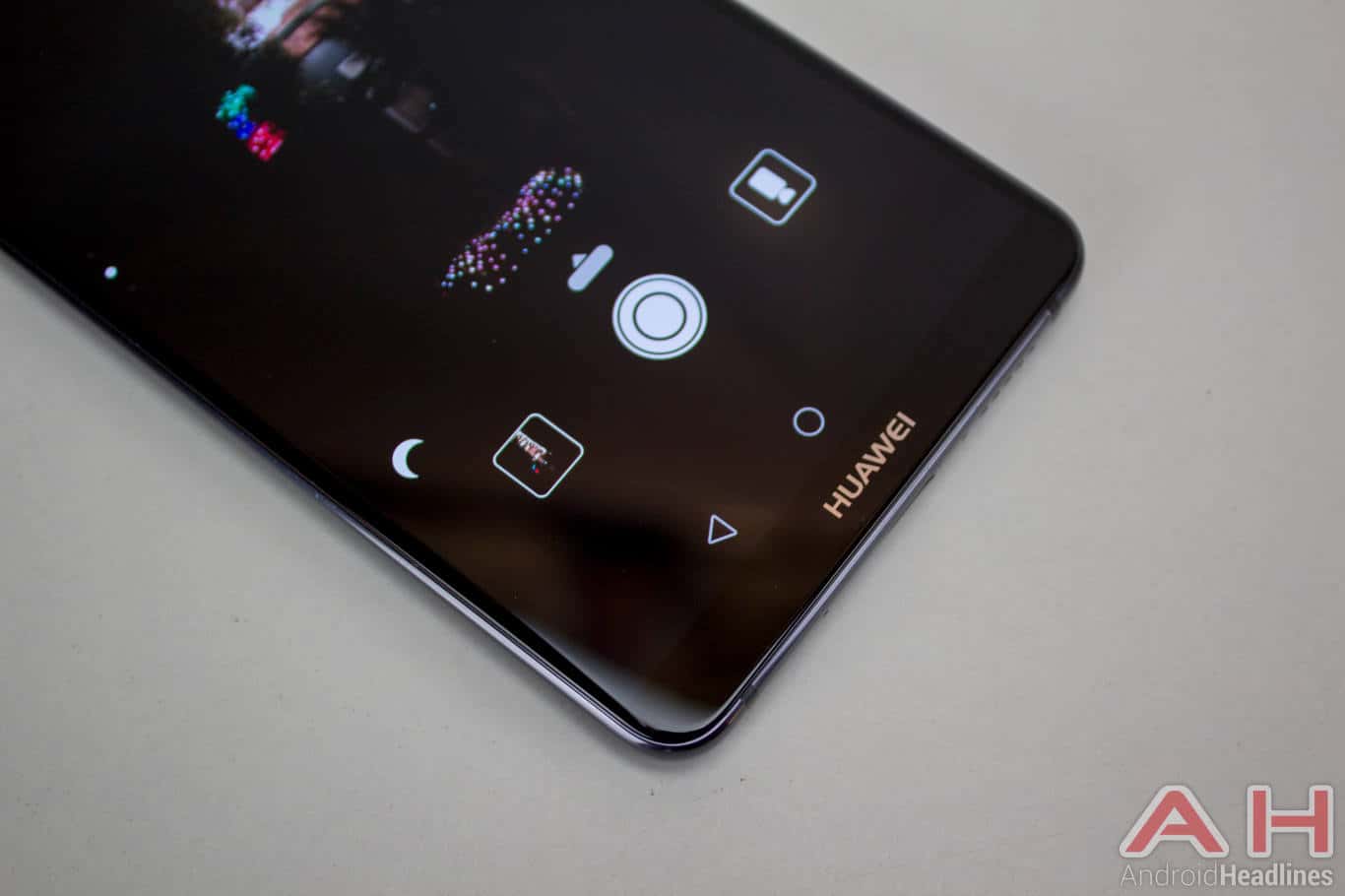 The level of care that has gone into the design of the Mate 10 Pro is second to none, and the design of the camera experience is one that shouldn’t be overlooked. With so many phones on the market claiming to have an easy, superb camera experience, Huawei matches these claims in every way with their latest flagship. It’s easier to capture more drama, more emotion, and more depth than ever before on Huawei’s powerhouse phone, and that’s just one piece of the puzzle that makes up this stunning flagship. If all this sounds right up your alley, head to the Amazon links below to check out the unlocked versions of the HUAWEI Mate 10 Pro that are available, or of course your favorite local carrier if you’re not in the US.