HMD Global revealed the date of its Nokia conference set to take place as part of the 2018 edition of the Mobile World Congress, confirming its next product launch event will be held on February 25th, a day before the Barcelona, Spain-based trade show officially opens its doors to the general public. The press invitation that can be seen below promises an “intimate and exclusive” conference meant to detail a number of new devices from the Finnish phone firm, with the event itself taking place at the Barcelona Museum of Contemporary Art located just 2.5 kilometers (1.55 miles) from Fira de Barcelona, one of the largest trade fair venues in Europe which has been hosting MWC since its inception in 1987, back when the show was still known as the GSM World Congress.

HMD Chief Product Officer Juho Sarvikas recently vowed the company will deliver something “awesome” at MWC 2018 as part of a wider effort to build consumer anticipation for the event. According to recent reports, the firm’s conference will see the Western launch of the Nokia 6 (2018) and Nokia 7, both of which have already been commercialized in China. Additionally, HMD may be arriving to Barcelona with intentions to debut the Nokia 9, its new Android flagship that’s been the subject of dozens of rumors for close to a year now and is said to be the first relatively bezel-free device from the company. Recent rumors also pointed to the existence of another high-end offering with five cameras that’s somewhat reminiscent of the old Lumia 1020 but that particular handset isn’t expected to make an appearance until mid-2018 at the earliest, provided it even exists. The Nokia 8 (2018) should also be announced this year but is unlikely to make an appearance at the company’s next conference.

Last year’s MWC marked the start of HMD’s ambitions to revive the Nokia brand on a global level following a successful experiment in China and the new iteration of the mobile industry’s largest annual trade show is expected to detail the next step in its efforts to strengthen its position in the international market. Some entry-level devices may also be confirmed by the phone maker next month, with Nokia 1 being the likeliest candidate for a late February announcement in this price segment. All products unveiled by HMD at MWC 2018 should start retailing in spring. 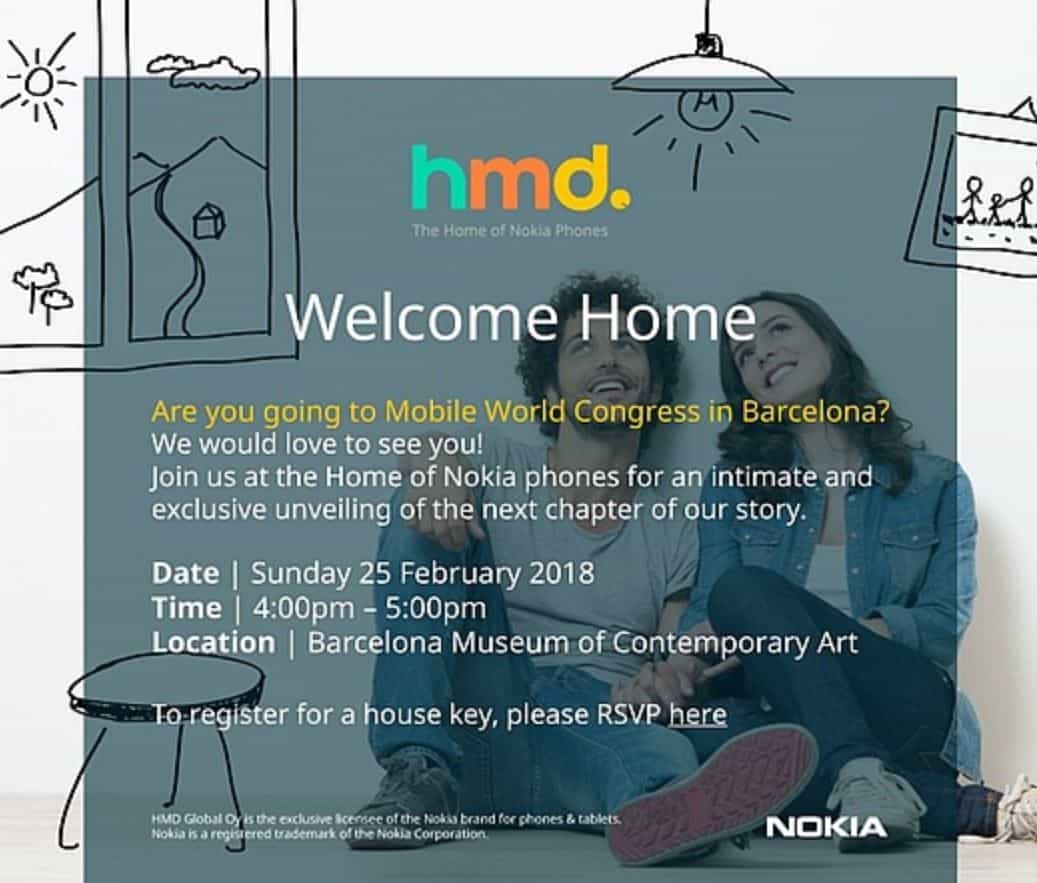