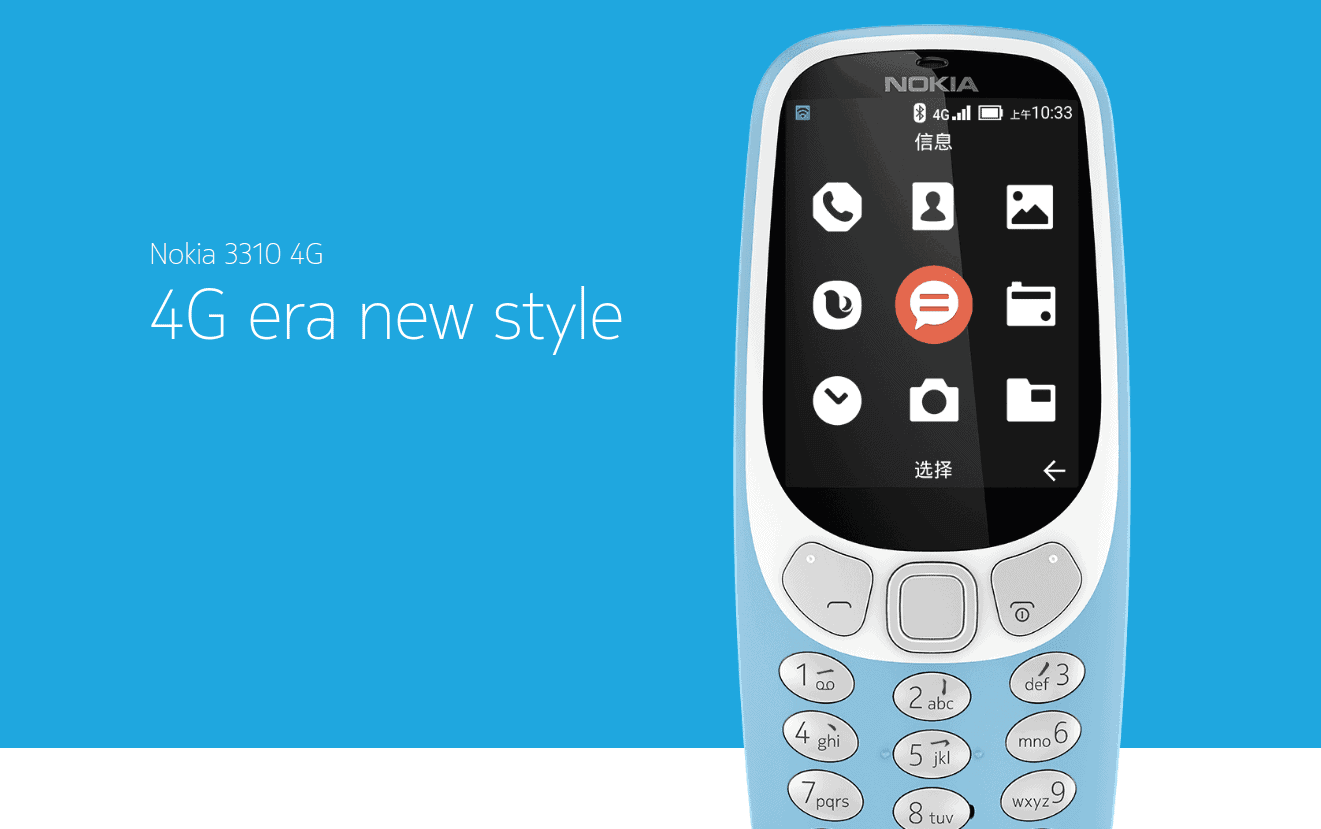 As far as the design is concerned, the device looks just like its siblings, but it offers considerably higher mobile data transfer rates thanks to 4G LTE. The phone is not exactly all that thin at 13mm, and it’s made out of plastic. It’s worth noting that HMD did not release an official statement regarding the 4G-enabled Nokia 3310, but the phone is now listed on the company’s official website in China. The device will be made available for purchase at China Mobile’s retail stores in early February. This smartphone will quite probably reach countries outside of China as well, though, it is expected to make its way to the US and Europe in the coming months, and it is even possible that HMD will officially announce it during next month’s Mobile World Congress (MWC) in Barcelona.

Now, HMD China’s website highlights the fact that the device features VoLTE HD voice, and that you turn it into a portable Wi-Fi hotspot. The device is actually listed in only two color variants on the company’s website, Blue, and Black, though it is quite possible that more color variants will become available. The phone sports a 2.4-inch 320 x 240 display, while it is fueled by YunOS. A 1,200mAh removable battery is included in this package, while the phone sports a 2-megapixel camera on its back. A 3.5mm headphone jack is included here as well, and so is an FM radio function. The 4G-enabled Nokia 3310 also comes with Bluetooth 4.0, while the device weighs 88.1 grams. HMD China’s website does not list the price point for the device, but chances are that the company will release an official statement in the near future, along with the phone’s release date and its price point, so stay tuned for that.