Although many of the announcements from ASUS during this year’s CES 2018 event were more focused on the Wi-Fi and Windows industries, one of them was specifically related to Chrome OS. This is due to ASUS formerly introducing its latest Chromebox. This is a third-generation device and as such will arrive to market branded as the ‘ASUS Chromebox 3.’

With this being a Chromebox, and a third-generation model at that, the appearance of the Chromebox 3 is not that different to the previous models. In fact, most would be forgiven for confusing this and the previous one on first inspection. Especially considering it is the insides where most of the main improvements have been made. To be clear, the Chromebox 2 and 3 do not just look alike, they look almost identical and adopt almost the exact same design throughout. Although some of the improvements included with the newer model have resulted in minor and subtle changes to the exterior of the box. For example, while the previous Chromebox made use of standard USB Type-A ports, the new Chromebox 3 also features USB Type-C. Offering users the option of either USB standard going forward. However, with this model adopting the same overall design to its predecessor it would be easy to miss the USB Type-C port. As like the Chromebox 2, the Chromebox 3 houses the same two USB Type-A ports on the front of the device, while the USB Type-C port is tucked away on the rear of the unit. 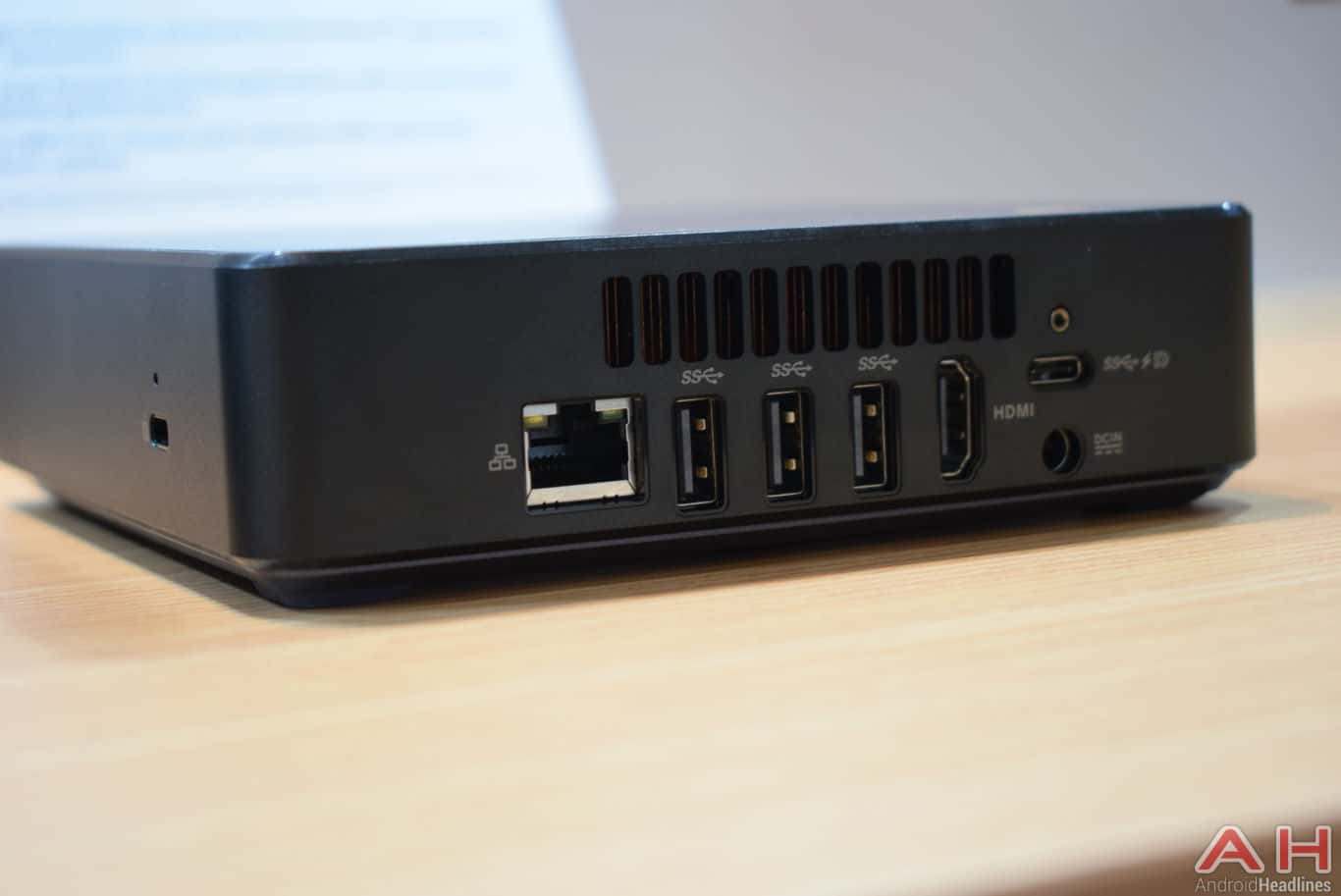 The front of the unit however, where the two Type-A ports are located also now includes an SD card slot (and the headphones jack). Aspects which while included on the previous model, were previously located on the side and back of the device respectively. Other minor changes include an additional USB Type-A port on the rear (three compared to the two additional ports included on the previous model), and a relocation of the mains power port from one side of the rear plate to the other. Otherwise, buyers can expect the main visible parts of the Chromebox 3 to look just like the Chromebox 2.

One of them most important points to note about this new Chromebox is that it is designed to be a more powerful unit and this is best summed up through the inclusion of an 8th Generation Intel Core processor and DDR4-2400 memory. Aspects which do place this Chrome OS device ahead of many competing products, although further details on the these features (such as which Intel processors specifically, and how much RAM), as well as the rest of the specs in general have yet to be announced by ASUS. Which is largely the same case for the general availability and pricing as ASUS has yet to confirm when the new Chromebox 3 will be available to buy, where it will be released, or how much it will cost when it is available. On a last note, however, the announcement did confirm this Chromebox will support the Google Play Store at launch. Which does mean access to Android apps as well as the typical Chrome OS experience. Those interested in taking a closer look at the new Chromebook 3, check out the additional images below.