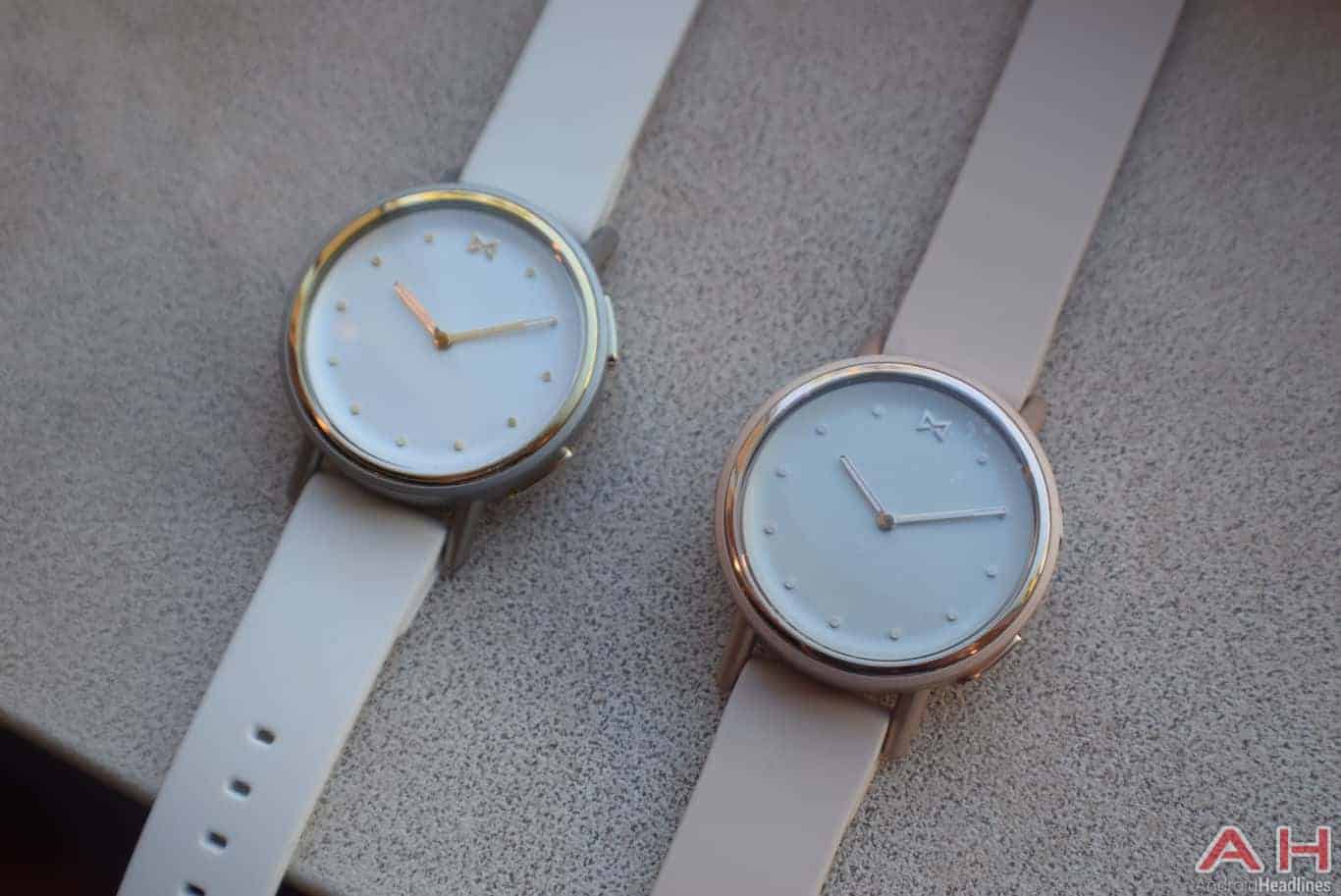 Today at CES 2018 Misfit has unveiled its latest wearable called the Path, a hybrid smartwatch that comes in a few customizable options when it comes to the watch case and the straps. Those who are familiar with most of Misfit's past devices the Path is not really like most of them, save for some of the most recent, like the Misfit Vapor, a full-on smartwatch powered by Android Wear 2.0. That's because most of Misfit's past devices have been activity trackers, but Misfit has started to shift a little towards offering smartwatches both hybrid and non-hybrid, and the Path definitely adds to its expanding product lineup in a way that aims to cater to those consumers who want something a little smarter than a traditional watch but don't care for the touchscreen display and all the apps.

Although the Path watch looks like a traditional watch all of its smarts are well-hidden on the inside, though due to it having the internal components that allow it to be smart it ends up being thicker than you might expect from a traditional watch. As far as what it can do, it's capable of doing what just about any other hybrid smartwatch can do. For instance you can use it to automatically track your steps.

More than just step tracking it will track how many calories you've burned during your exercise outings and it will tell you how far you've gone distance-wise, in the event that you care to know. It's also capable of monitoring your sleep activity and it'll relay all of that information to your smartphone via the companion application so you can view more detail and manage all of that data. Two buttons on the side of the watch can be used for activating certain features, and the underside of the straps attach with a simple snap closure that wraps around the watch lugs to keep them snugly in place, keeping in mind that most 16mm straps can be used here according to Misfit. Though these are the only two colors shown here, which are the Rose Tone and the Stainless Steel with Gold Tone, there is also a Stainless Steel model that comes with a Black strap that will offered as well.