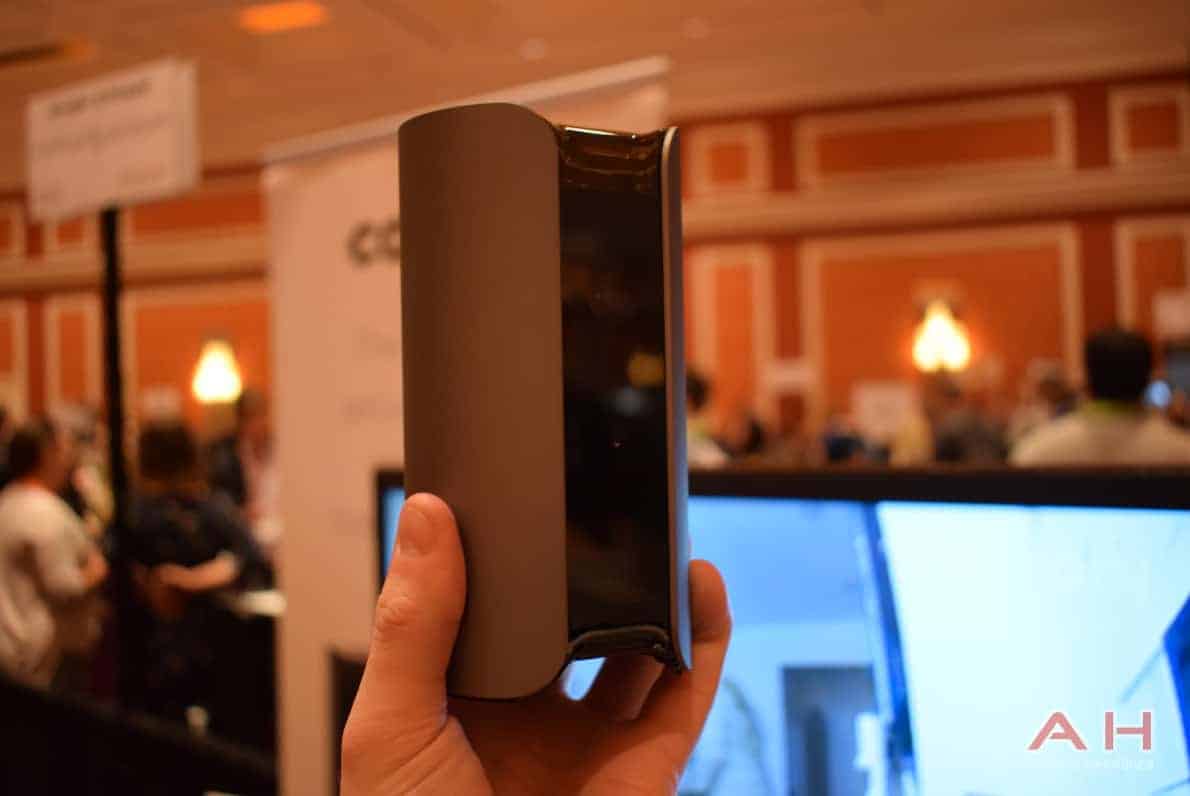 Canary has introduced a new security camera at CES 2018, the Canary View, and we've managed to get some hands-on time with the device, in order to take a closer look at it. If you take a look at the gallery down below, you will be able to see this security camera up-close-and-personal. Now, it's worth noting that the Canary View is the company's most affordable camera to date, the Canary View is priced at only $99, it's considerably more affordable than the Canary Flex, which retails at $199, and the Canary All-in-One which costs $169. Do keep in mind that you will be sacrificing some features here, though, read on if you're interested.

It is worth saying that the Canary View is an indoor security camera, and it does not sport a loud siren or the HomeHealth technology, if that's something you're interested in, as those are some features that Canary had to left out here, as the company was looking to lower the price tag of this device. The Canary View security camera comes with a 147-degree wide-angle lens, and it can capture fullHD video for you. You can check out that footage through the company's mobile application, though a web app is also available, though it seems like a membership is required for that. Canary's application, though, is available for both Android and iOS, just in case you're using more than one operating system.  The Canary View security camera is already available for purchase in the US, in case you're interested, it can be purchased directly from the company as we speak, while it will hit the company's retail partners later this month. Those of you who live outside of the US, should not fret, as the Canary View will be offered in other markets as well, Canary said that that the Canary View will be rolled out internationally this Spring, but the company did not say in which markets will the Canary View be available, we'll just have to wait and see.

The Canary View actually combines silver and black colors (that's the only color variant that is currently available, and the only one that the company announced), and it looks as it can fit in pretty much every setup you might have going in your house. This camera can be placed on any type of surface, as long as it's a flat surface, as this is not a wall camera or anything of the sort. On top of everything, it's also worth saying that the Canary View is extremely easy to set-up, all you need to do is place it wherever you want, plug it in, connect it to Wi-Fi, and you're good to go, after which you can check the recorded footage on your smartphone or through the aforementioned web utility. As far as build quality is concerned, the Canary View feels really good in the hand, it's not heavy, but it has that 'premium heft' that so much people appreciate, it does not feel cheap at all.