ASUS made a number of Wi-Fi related announcements as part of CES 2018 and while most of the company’s newly-announced products seem to adopt a less than traditional form factor, one of the most deviating was the new Lyra Voice. On the face of it, this is a mesh router which once installed in the home, as part of a Lyra Wi-Fi setup, will look to provide the user with better and more widespread coverage. However, where Lyra Voice differs from the number of other mesh routers that have come through, is that it also doubles as a speaker. And not just any old speaker for that matter, but a smart speaker which comes with Amazon Alexa support. Therefore, and in addition to padding out the Wi-Fi signal in a home, Lyra Voice is also capable of providing all the usual hands-free features and abilities associated with an Alexa-enabled device. All in one neat and tidy package.

With this being a device that is also a smart and voice assistant-enabled speaker, one of the knock-on effects is how the design has been made to look more stylish. In other words, it is made to look more like it will fit in with the decor of the home – compared to what is usually encountered with a Wi-Fi-related device that most owners often tuck out of the way. Instead, Lyra Voice will be a unit you can place in the open and for all to see. For example, this is a unit which is partly covered in a fabric material which coincidentally seems to be very similar in look and color to the fabric material offered with Google’s Home range of devices. 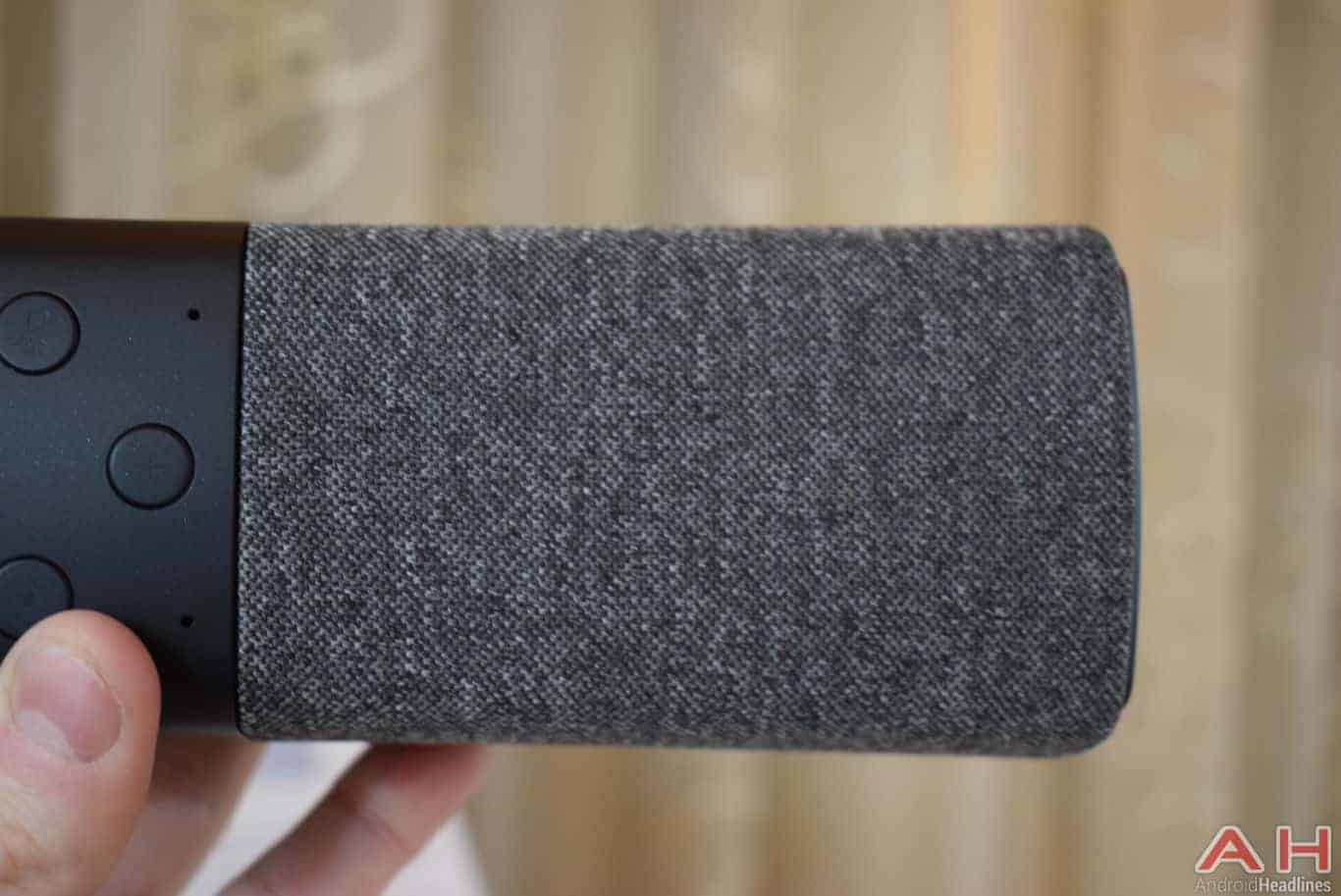 Although, in spite of boasting a similar material, the general design of the unit is very different to that of the Google Home line with Lyra Voice adopting more of elongated form – again more akin to a smart speaker than anything else. While this is a voice command supported speaker, the top of the unit also includes standard smart speaker controls where the user can skip tracks or adjust the volume as needed. With each end of the Lyra Voice housing the two stereo speakers, which according to ASUS, are 8-watt speakers.

When it comes to the general specs, these are details that have yet to be announced by the company. So at present there is no firm information on aspects like the frequency range, although ASUS does state Lyra Voice provides “deeper bass and a wider frequency range.” Likewise, unlike most smart speakers that have come through lately, this one does not seem to include its own battery and so will likely have to be used as an always-connected, stationary, unit. Of course, with this being a product that is designed to continuously strengthen the Wi-Fi signal in the home, its use as a permanent fixture is likely to be expected. At present, ASUS has yet to fully confirm availability and pricing information for the Lyra Voice and so it does remain unclear as to when it will become available, or for how much. Those interested can take a closer look at the new 2-in-1 smart assistant speaker and AC2200 tri-band mesh router in the gallery below.