Along with the Mirage Solo headset, Lenovo is also announcing the Mirage Camera, at CES 2018. It is also compatible with Daydream and works well with the Mirage Solo, as well as other Daydream headsets like the Daydream View. This is not a 360-degree camera, instead it does 180-degree pictures. Lenovo says that they believe this is a better option for viewing photos in virtual reality, and also easier to use. Pictures taken with the Lenovo Mirage Camera are still pretty immersive, and actually look pretty good. Of course, this was all done in a controlled hands on environment, so we’ll have to see how it fares in the real world once it launches in the second quarter of the year.

As far as specs go here, the Lenovo Mirage Camera features two 13-megapixel cameras, with 180-degree field of view. These also sport f/2.1 apertures, so they aren’t going to give you crazy depth of field like some of the other smartphones on the market right now, but you will get some crisp images. This also sports a Snapdragon 626 processor, 2GB of RAM and 16GB of storage internally. That should be enough storage for plenty of images, but there is also a micro SD card slot in case you need some more storage. It does also support LTE, although Lenovo was quiet about which carriers would support the Mirage Camera (based on the bands supported, likely AT&T and/or Verizon – there’s no band 12 here for T-Mobile). That should be announced officially once we get closer to launch date. 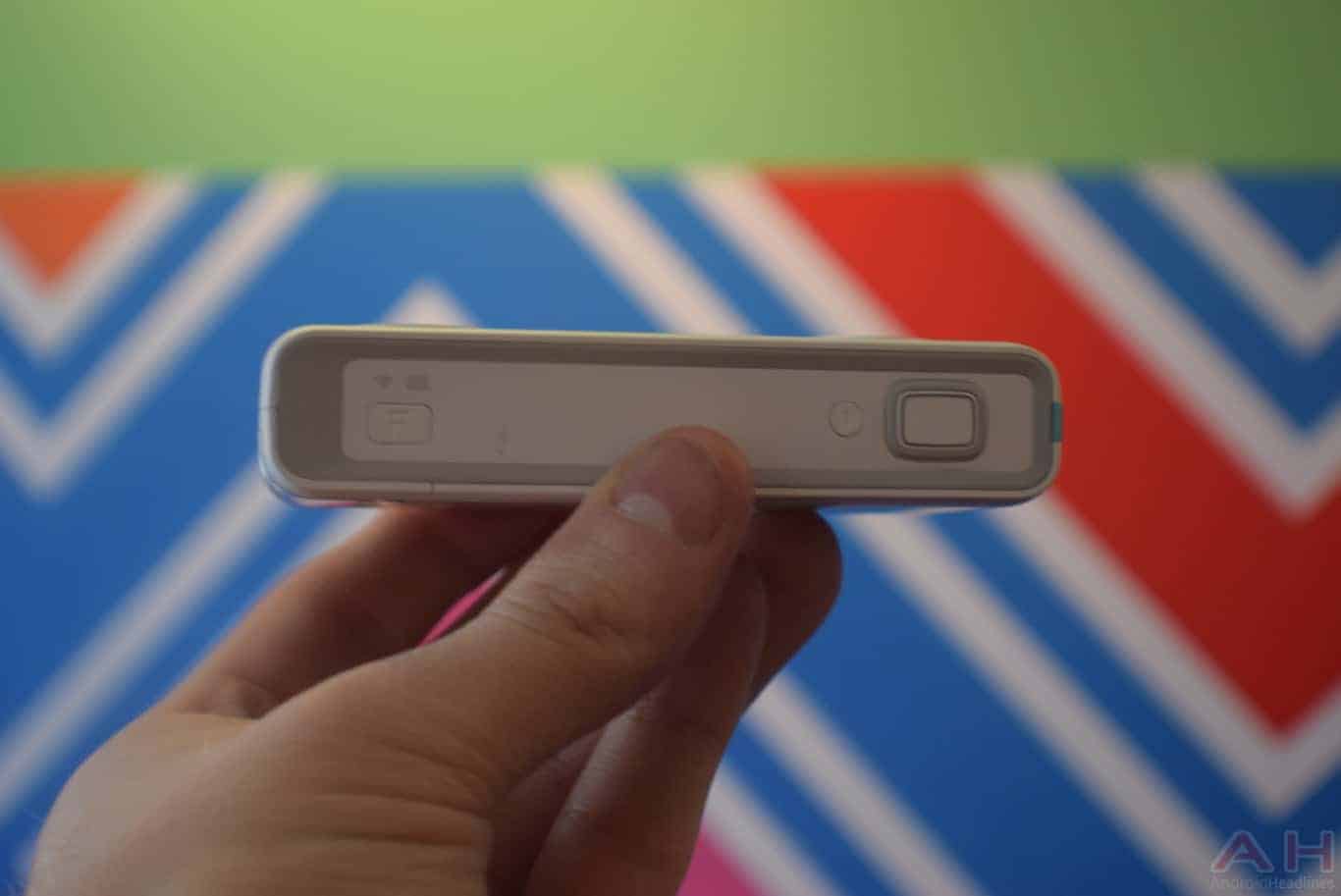 Taking pictures with the Mirage Camera is actually pretty simple. You do have a shutter key on the top, just press it down like a normal camera and it’ll take the shot for you. There is also a tripod mount on the bottom, so you could theoretically mount it on a tripod and get some really stable images. This would be good if you are wanting to get some great immersive images that you want to share in virtual reality later on. Underneath the flap on the end, there is a micro SD card slot, and a USB-C port. That means that this does charge over USB-C which is great to see, very similar to the Mirage Solo VR headset.

Much like the Mirage Solo, the Mirage Camera is also made of plastic. Which again, makes it lighter weight and since it is already pretty thin, it can slide right into your pocket without looking awkward – unlike most 360-degree cameras on the market right now. Now you’ll notice that there is no display, nor a viewfinder on the Mirage Camera, and that is because you’ll need to use Lenovo’s own app on your smartphone to view images. And from there you can view it in the Daydream View, or if you have the Mirage Solo, you can pop out the micro SD card (a good reason to use a micro SD card versus the internal storage) and put it into the Mirage Solo and view your content. It’s a pretty simple, but very useful camera. 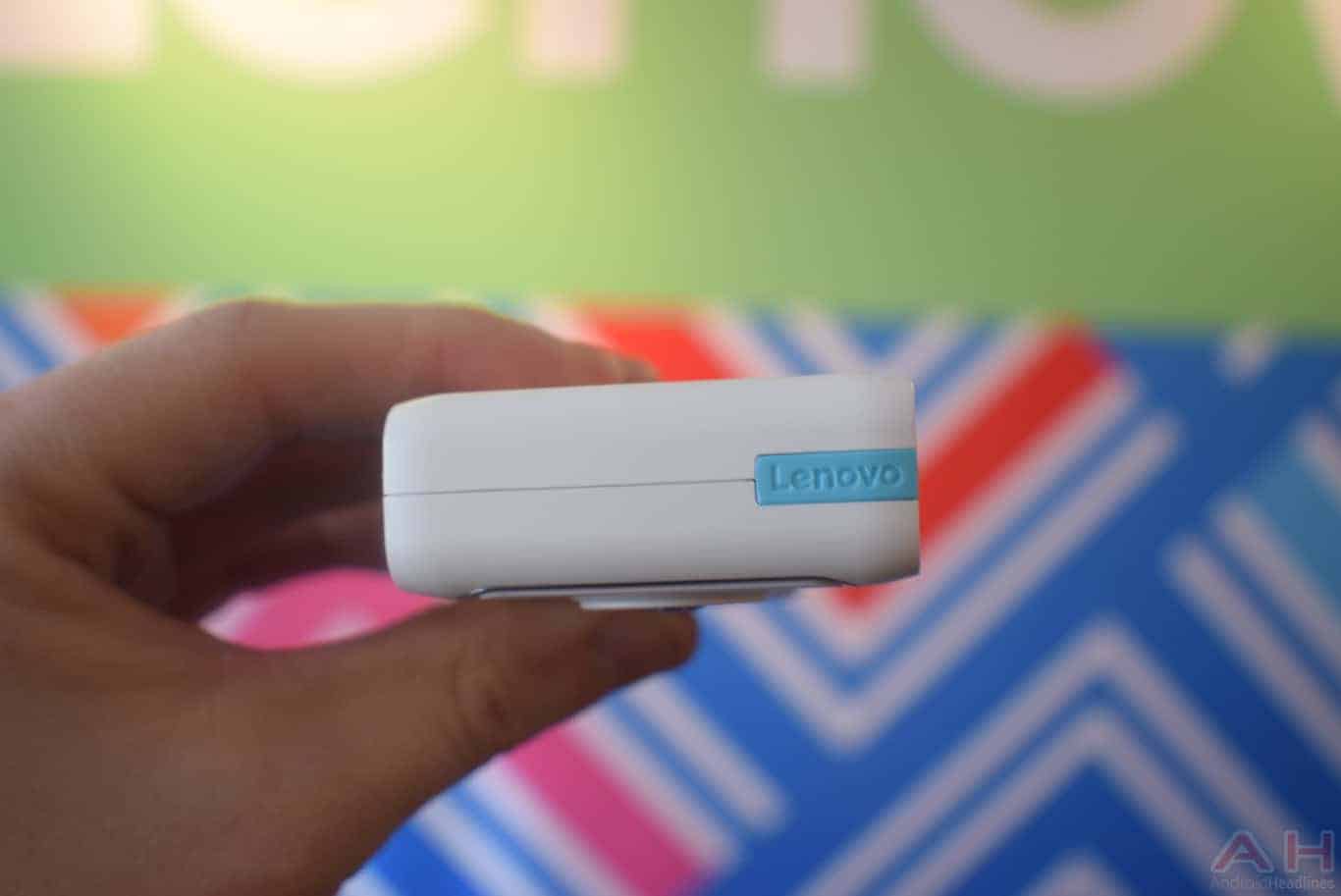 Lenovo is expecting to charge “under $300” for this camera, which seems like a decent price (and that is for the WiFi model, the LTE model doesn’t have pricing yet). Although Lenovo is also looking to get this one a bit lower in price before launch. Speaking of launch, it’s slated for Q2 2018, and it is going to be available in the same Moonlight White color.