Google’s Pixelbook is now capable of booting Fuchsia OS, an experimental operating system that the Alphabet-owned company has been developing since at least 2016, with its first reference appearing in the form of a barebones GitHub project in August of that year. Pixelbook support has been added as part of a Fuchsia OS build that surfaced earlier this month and has now been tested by Ars Technica. The current state of the software appears to be much more stable than the unofficially compiled variant which appeared on the World Wide Web last spring but was only able to run on top of Android without doing much. The newly released build can instead run on the Pixelbook natively and is the most functional version of the OS so far.

The development is significant as it marks the first occasion on which the general public is able to boot Fuchsia OS on any piece of hardware and have it run on its own, based solely on the Zircon microkernel which Google built from the ground up without any Linux-based backing. Anyone planning on compiling the build on their own should add ” -release” to the end of their build command as the current version of the Flutter SDK compiles a debug variant of the software by default. The OS boots to a lock screen which shows a perfectly centered clock, with its bottom right corner also containing an icon for logging into a personal or guest account, as well as connecting to a Wi-Fi network. Only the guest login is said to be working, though the personal one suggests Fuchsia OS will use a Google Account, much like Chrome OS and Android already do. The icon in the top left corner seen on the lock screen is used for switching between what appear to be tablet and smartphone modes, with the latter one having a design that’s reminiscent of the one supported by the aforementioned APK build from mid-2017.

The Pixelbook’s keyboard, trackpad, and touchscreen all work in the current version of the OS, as do USB ports and computer mice, though connecting the latter will leave you with two cursors on the screen, with one still being dedicated to the trackpad. USB ports can currently be used for an Ethernet connection, presently the only option for connecting the Fuchsia-powered Pixelbook to the Internet as its Wi-Fi capabilities remain broken. The device will also recognize a charging cable and charge as expected, in addition to providing accurate battery readings. Hardware optimizations still isn’t at a particularly high level, as most functionalities reportedly lag and the Pixelbook itself is always running hot while hosting the experimental OS. 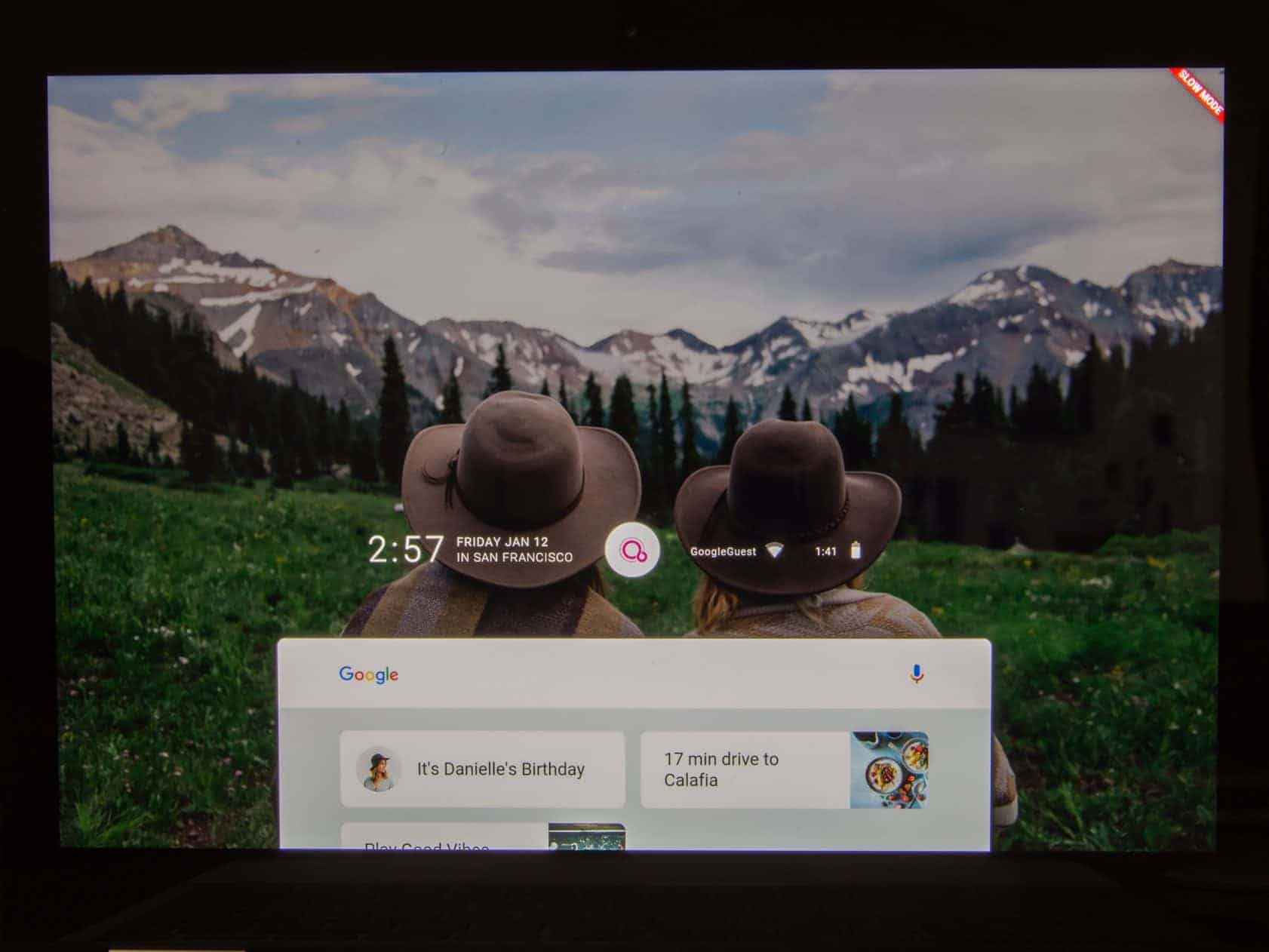 The current build of the software can pull up the command mode which doesn’t do much and also features a video app, albeit one that doesn’t work in any sense of that word. A similarly non-responsive music app can also be found bundled with the OS. The previously seen “Armadillo” user shell now features fewer placeholders and more elements that actually support interaction but most of the apps they promise to hold appear to be non-operational. One exception to that state of affairs is the OS’s integrated browser which is also unstable and can’t render the majority of pages in their entirety, though it reportedly works fine with Google.com. The alternative “Capybara” user shell is now also part of the package and is obviously meant to target desktops, with its overall design being similar to that of Chrome OS in regards to basic icon placement.

The OS has a functional “Recent Apps” feature that’s basically identical to the one found in contemporary versions of Android, allowing users to quickly switch between apps and swipe away the ones they want to force-close. Tapping the date on the home screen brings up a number of incomplete profiles and suggested apps whose purpose remains unknown, in addition to changing the wallpaper of the OS, albeit none of the recommended apps are actually able to launch. The overall state of the software is unsurprisingly largely unfinished and while Fuchsia is certainly in active development, it’s likely to take years before it even approaches a scenario in which it’s considered for commercialization. The OS appears to be lacking a notification mechanic and any kind of system settings even in the form of non-functional placeholders, suggesting Google’s engineers are still working on deciding on its experimental design and making sure the basic elements and features they’re implementing work well with the largely untested Zircon microkernel which remains surrounded by many questions.