Gooogle Fiber’s wireless broadband company Webpass is exiting the Boston market where it has stopped signing up new customers, The Verge reports. The news was confirmed by a spokesperson for Google Fiber’s parent company and Alphabet subsidiary Access who further revealed that the move was made following an evaluation period of the firm’s business in the Boston region. Although no new Webpass subscribers will be accepted in Boston moving forward, the company reassures existing customers that this change won’t have an immediate impact on their service in the region.

In the meantime, the official Webpass website has been updated to reflect the fact that the wireless broadband service no longer spans eight cities in the United States, and now serves only seven metro areas nationwide: Chicago, Denver, Miami, Oakland / East Bay, San Diego, San Francisco, and Seattle. As a reminder, Webpass expanded into Denver and Seattle last year, but according to Access, the market response in all regions where its wireless services remain available continues to be positive. Webpass has been available in Boston since 2015 before the company was even acquired by Google Fiber a year later, though it seems that it was also the weakest link and underperformed compared to other regions. Also worth noting is that for the past couple of years, Google Fiber has been reshuffling its resources and has diminished its original scope, while also dropping TV in new cities late last year. As of this writing, the official Google Fiber map shows no new upcoming cities but continues to list its potential target regions: Portland, San Jose, Los Angeles, Phoenix, Oklahoma City, Dallas, Jacksonville, and Tampa. Google Fiber is presently not available in Boston and as there don’t seem to be any plans for expanding the fiber-based Internet service to the area.

There are multiple reasons why Alphabet’s Internet service hasn’t been launched faster and in more areas, and that is the fact that Google Fiber needs to build its own fiber-based infrastructure before expanding into any regions. This is not only costly but also leads to prolonged approval periods for more than one reason, and in a way, Webpass is Google Fiber’s wireless response in areas where the fiber infrastructure has yet to be buried underground. But now, neither option is available for Boston residents who may wish to sign up with Google, leaving them to look elsewhere for gigabit-class broadband. 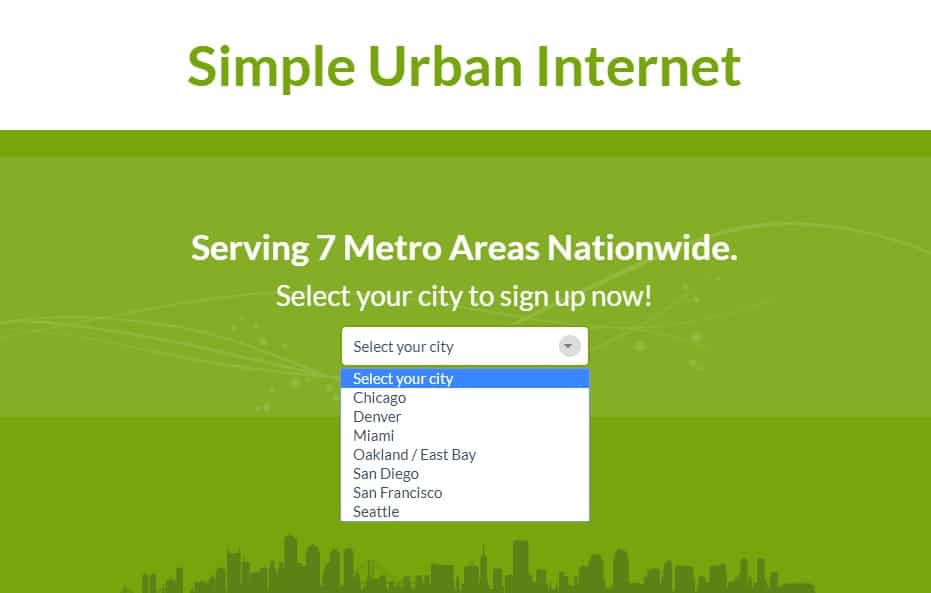