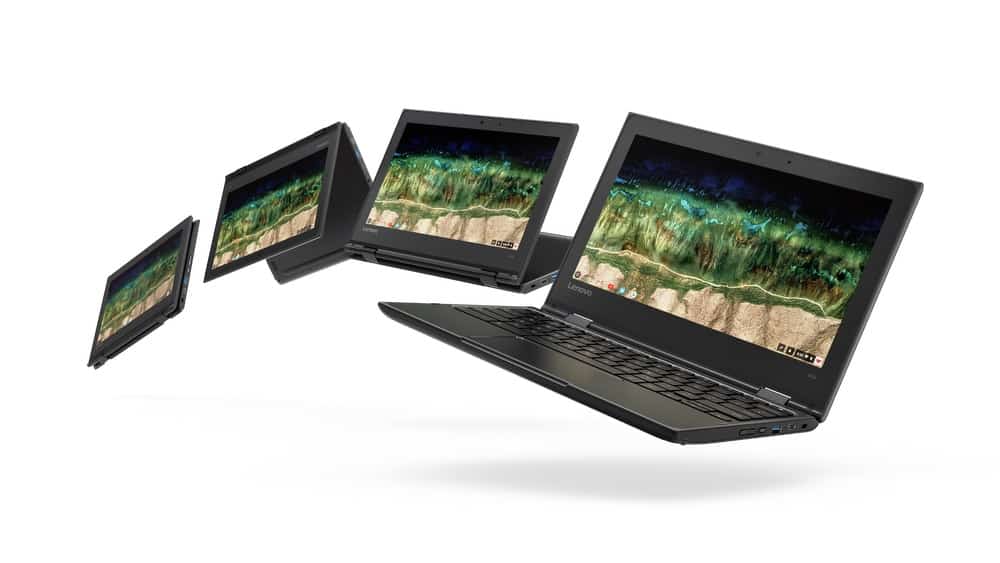 Google appeared at 2018's Bett Show in London, announcing a range of new education-focused Chromebook models. Bett is a large annual trade show that's meant to show off what's new in the intersecting worlds of education and technology. The fair runs from January 24 to January 27 this year, and Google's showings include new Chromebooks in a range of form factors. New Chromebooks are coming from Acer, HP, Dell, ASUS, and Lenovo, running the gamut of designs and unique features. All of these will be more than suitable for educational use, though they may not all be education-focused. Google did not say whether it will be announcing any detachable Chromebooks at Bett, though there have been hints of them coming for quite some time.

Two particular upcoming models were mentioned in Google's Bett Show recap; the Lenovo 500e Chromebook and Dell Chromebook 11 2-in-1 5190. They're both convertible laptops that can flip and become tablets, and they both sport a somewhat larger form factor. Likewise, they both have cameras facing the user and facing outward into the world, allowing them to be used for things like augmented reality, documentation of outdoor discoveries, and telepresence with teachers when students are out of school. These flexible and feature-packed Chromebooks will likewise both be powered by Intel Celeron processors. Google did not say which family, but it's quite possible that they will be Kaby Lake or Apollo Lake processors, given the prominence of those in recent and upcoming models, such as Samsung's upcoming Nautilus detachable.

Education-focused Chromebooks may be purpose-built, but the Chrome OS ecosystem and management tools themselves are quite conducive to educational use. Google is quick to repeat that point by highlighting the versatility of Cast For Education and other Chrome OS features that can be used to send kids their lessons and assignments remotely. Keeping education going in times and places where things otherwise would not work out is just one reason why Chrome OS has so much market share in the education sphere worldwide, even with tough competition on its heels in the form of Microsoft Windows and Apple MacOS. The Alphabet-owned company is likely to announce new education-focused Chromebooks and Chrome OS initiatives in the coming months.