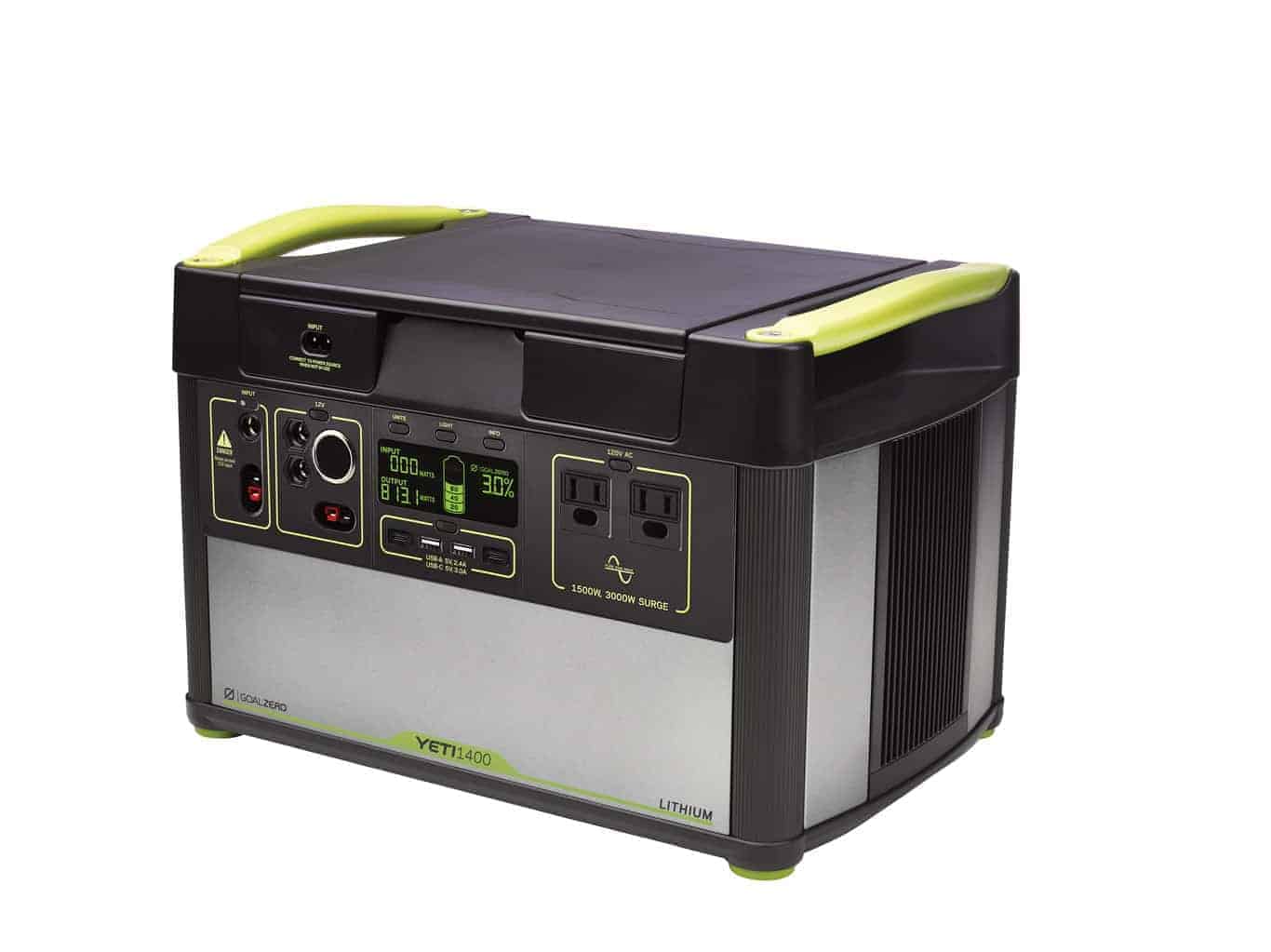 Goal Zero has taken to CES 2018 to announce the latest version of its Yeti Power Station-branded portable generators and a Sherpa-branded portable power bank family of devices. Specifically, the company has made some significant improvements to its previous iteration of those devices in terms of both functionality and overall aesthetics. For those who may not already know, Goal Zero's Yeti Power Station lineup is marketed, as the name might imply, are intended for use in situations where power may be needed but not otherwise available. That makes them ideal for construction sites or for use as an automatic backup generator for power outages alongside the company's Home Integration Kit. Meanwhile, Goal Zero's Sherpa devices are aimed more directly for use with tablets and laptops.

With regard to the new updates, there are two new Yeti Power Stations – the Yeti 1400 and the Yeti 3000. If the model names used here continue to follow the company's previous naming conventions, the Yeti 1400 should store just over 1400 watt-hours of power, while the Yeti 3000 stores just over 3000 watt-hours of power. The overall design of the power stations doesn't appear to have changed much and Goal Zero hasn't given any indication otherwise. Both are Lithium-based power sources – touted as cleaner alternatives to gas-burning generators – and both retain the wide variety standard wall socket, USB, and other outputs found in their predecessors. The heavier Yeti 3000 also features a metal frame with an extended handle and wheels for more comfortable portability. However, the updated versions will also feature built-in Wi-Fi at launch and Bluetooth support will be added later with an update. Those features are being added to provide users with a better way to connect a smartphone to the power supply via the Goal Zero App. That connection will allow users to monitor and manage the generators, up to and including providing controls and monitors for the current power flow of each output. That's also a feature that absent from most other similarly marketed devices – even some of the most recent ones.

As to the Sherpa Power Banks, meanwhile, the next iteration appears to have gotten a serious slim-down over previous devices in the line-up, which should be great for those who want a power bank that goes well with their devices. To begin with, Goal Zero says that both feature built-in cables, which vary depending on the model chosen, which should make charging up devices and other electricity-hungry technology more convenient. The Sherpa 15 Power Bank features either a micro USB and Lighting Cable or a USB Type-C and micro USB cable. The Sherpa 40, on the other hand, features one of each type of cable. That's not the only place they differ, however. The Sherpa 15 is intended for use with mobile and smaller devices with a rating of 3,800mAh, while the larger Sherpa 40 is rated at 12,000mAh and is meant to charge larger devices. For pricing and availability, the new products will each launch in March of this year and will be purchasable through the company's official store website – accessible via the source link below. The next-generation Yeti 1400 and Yeti 3000 will cost approximately $1,799.95 and $2,999.95, respectively. Meanwhile, the Sherpa 15 will be available for just $49.95 and the Sherpa 40 will cost $79.95.