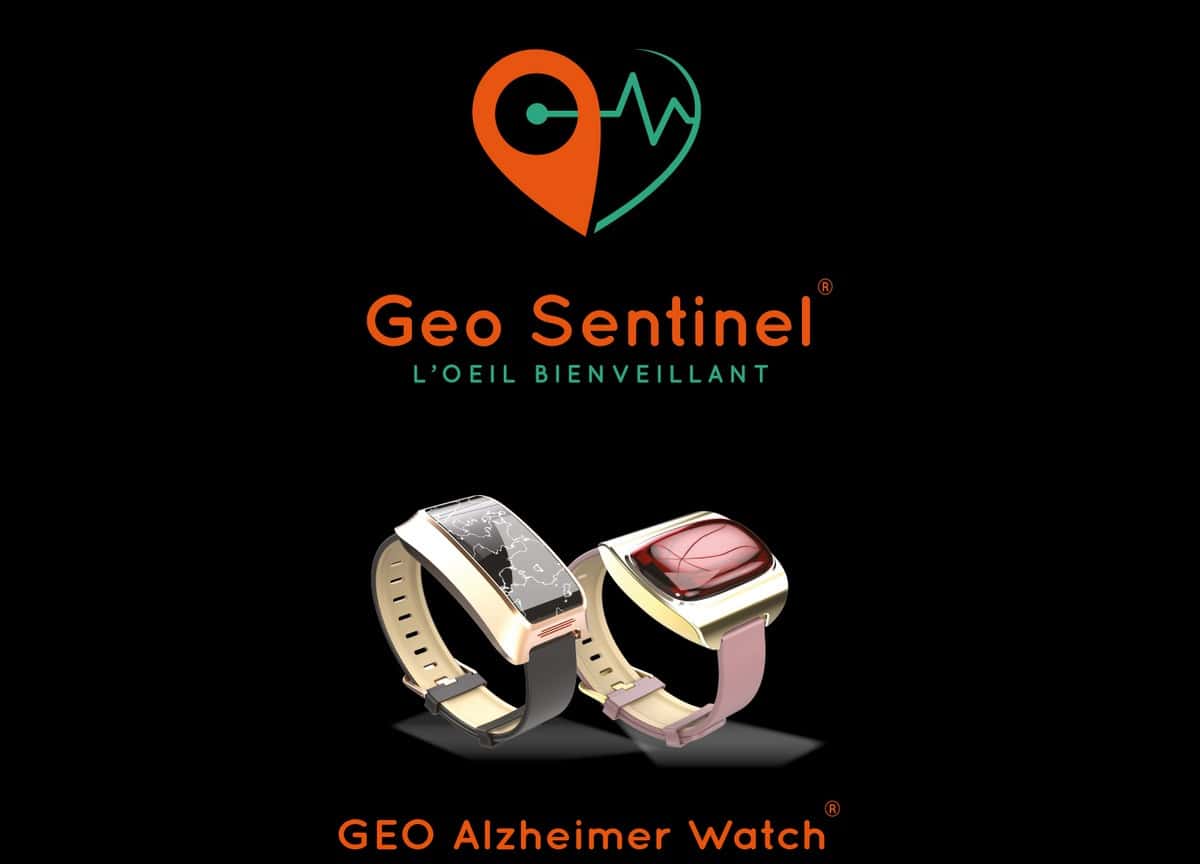 A startup by the name of Geo Sentinel set up shop at CES 2018 to show off its new wearable, the GEO Alzheimer Watch. The name does not mean that it's a watch or smartwatch, but rather that its function is to watch for symptoms or episodes of Alzheimer's Disease to ensure that the patient gets the care that they need. This product is not like other SOS signals in more than a few ways, however, making it especially suited to patients with Alzheimer's Disease. Style-wise, it's similar to a watch, but instead of a watch face, the face of the wearable is a single jewel. Additionally, the band has been modified to make it safer for patients. At this time, release date and pricing are still unkonwn.

The face of the GEO Alzheimer Watch is a single flat surface, and there are no buttons on its sides. It's designed to not be taken off. The strap has been modified to be difficult to clasp and unclasp, making it nearly impossible for patients to take the wearable off and misplace it. It's also water-resistant, adhering to IP68 standards. This means that patients can take a bath or shower, or even go swimming without having to remove the wearable. It has both automatic and manual SOS functionality, and can locate a patient down to a few meters, even within a building, by using IoT connectivity standards, magnetic resonance, and GSM networking, allowing emergency workers to get to the patient quickly. Finally, it can collect data on a patient's heart rate, blood pressure, and blood oxygen levels in real-time, and deliver them to a web portal that the patient can access later on, and allow loved ones and care providers access to.

The GEO Alzheimer Watch was conceptualized and created chiefly by Geo Sentinel William Daumas for his own personal use. In a press release about the product, Daumas says that the GEO Alzheimer Watch has been "crucial" to his own daily life, and he realized it could help others, so he decided to build it on a massive scale to aid Alzheimer's patients worldwide.