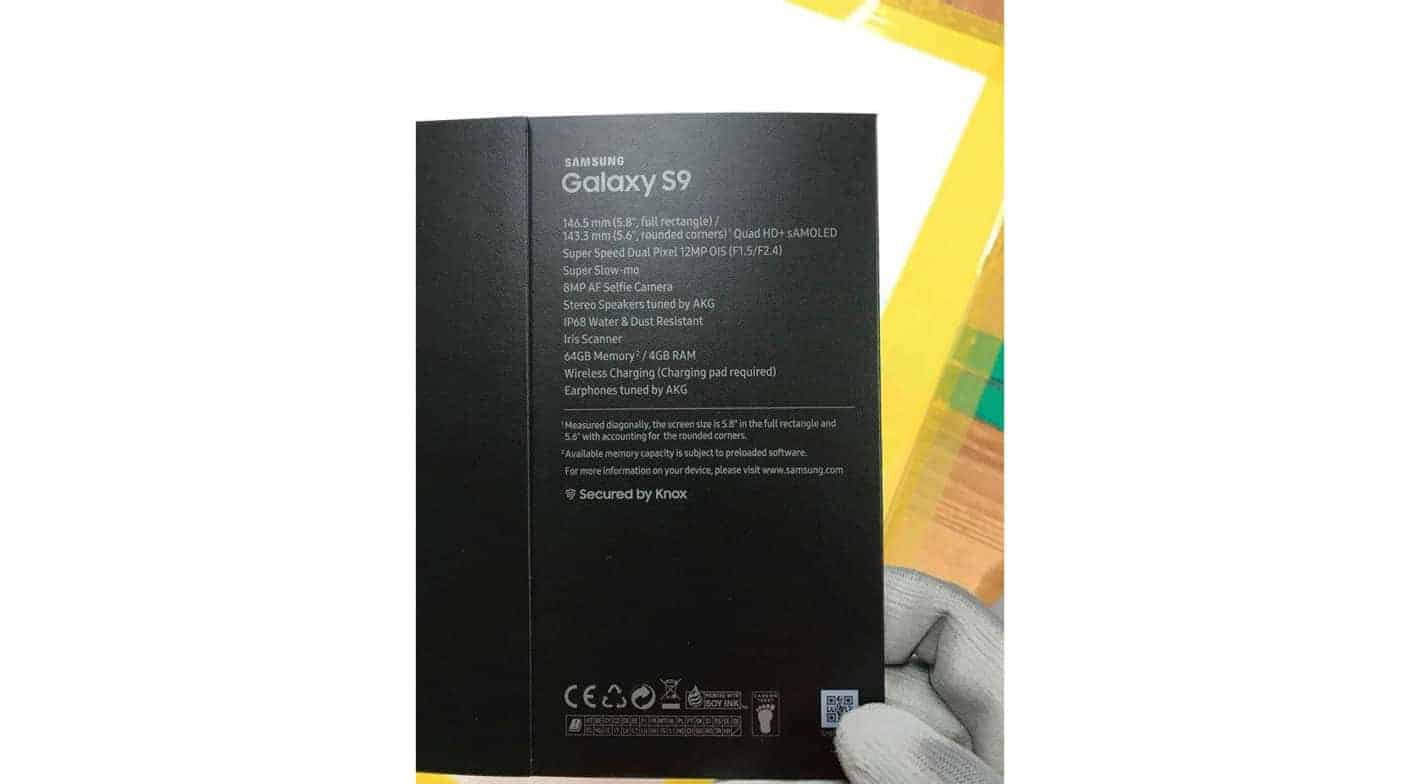 An image depicting what appears to be the retail packaging of the Galaxy S9 appeared online on Friday, revealing some new details about Samsung’s upcoming Android flagship after months of largely similar leaks. According to the photograph that can be seen above, the Galaxy S9 will feature a 12-megapixel sensor on its rear plate, mounted behind an f/1.5 lens, an industry record that’s currently solely held by Samsung’s W2018 flip phone.

In practice and much like it’s the case with the W2018, the aperture of the Galaxy S9’s camera will dynamically change between f/1.5 and f/2.4, depending on the exact circumstances in which the user decides to shoot in; the lens should be maximally open during close-up shots and low-light photography so as to make the most of any available light source and add as much natural bokeh as possible, whereas other scenarios will see it return to at least f/2.4, prioritizing a sharper image once it has enough light to work with at narrower f-stops. As with Samsung’s recent Android flagships, the default camera app of the Galaxy S9 should also support manual controls so that users can experiment with adjusting the aperture of the smartphone’s lens on their own. The upcoming handset will allow for shooting of slow-motion videos at 1,000 frames per second, according to the same leak which also mentions the existence of an 8-megapixel front camera.

The newly uncovered image seemingly confirms the existence of a 5.8-inch Super AMOLED panel with a QHD+ resolution and an 18.5:9 aspect ratio, hinting at the same Infinity Display featured on the Galaxy S8. Dual stereo speakers will also be part of the package and provide a major audio upgrade compared to the Galaxy S9’s predecessor, with the audio setup of the device being tuned by AKG, much like the earphones set to be bundled with it, the packaging reads. The Galaxy S9 will boast 4GB of RAM and 64GB of internal flash memory, as well as an IP68-certified resistance to the elements, iris scanner, Samsung KNOX security, and wireless charging support, according to the box. The South Korean tech giant already confirmed the Galaxy S9 lineup will be officially announced late next month at MWC 2018, with the two smartphones being expected to ship with Android 8.0 Oreo and start retailing by mid-March.