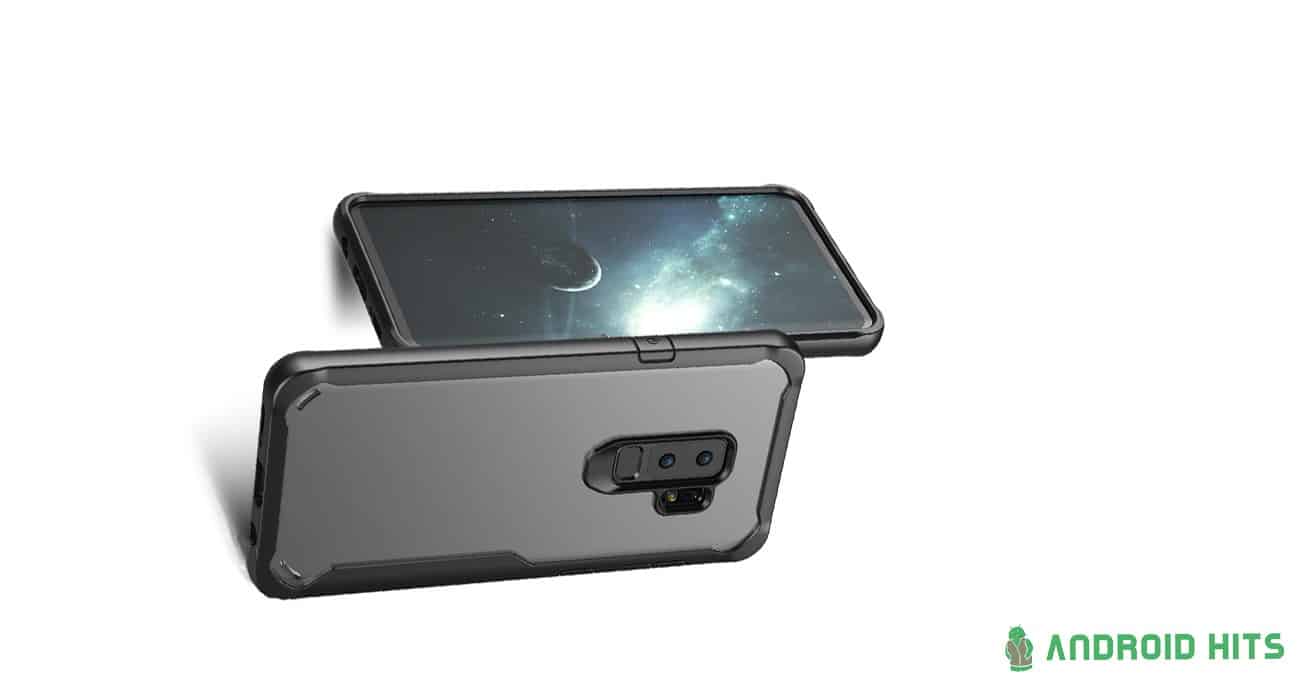 The Samsung Galaxy S9 and S9 Plus are expected to launch at this year's Mobile World Congress (MWC) next month, as indicated by DJ Koh, and while we're waiting for that happen, another couple of images surfaced, showing off the design of the alleged Galaxy S9 Plus. Having said that, there are three images in the gallery down below, and these are actually images of a case meant for the Galaxy S9 Plus, which do show off a render of the phone itself, though who knows if those images are legit, of course.

This render does resemble leaks that we've already seen, however, and it suggests that the Galaxy S9 Plus will sport a dual camera setup on the back, along with a rear-facing fingerprint scanner, which will be placed in a much more convenient place this time around. The phone comes with a glass back, and a frame made out of metal, just like the Galaxy S8, S8 Plus. The case that is shown off in the provided images actually comes with a 3.5mm headphone jack cutout on the bottom, which is placed right next to the Type-C USB port, while a loudspeaker cutout sits on the opposite side of the charging port. There are four physical buttons included on this render, the phone's power key is placed on the right, while the volume up, volume down and Bixby keys are included on the left. Based on these renders, those two cameras on the back of the phone do protrude, but barely.

According to some info from Mobile World Congress' official website, which surfaced earlier today, Samsung will host its MWC press event on February 26, and that's probably when the Galaxy S9 and Galaxy S9 Plus will be announced. The Galaxy S9, unlike the Galaxy S9 Plus, will arrive with a single camera on the back, if rumors and leaks are to be believed, while both phones will be available in two SoC variants. Snapdragon 845-powered Galaxy S9 smartphones will be available in the US, and some other markets, while Samsung's Exynos 9810 processor will fuel the Galaxy S9 and S9 Plus in Europe, and a number of other regions all over the world.