Google’s Files Go application is getting a set of new features with a new update rolling out as of January 25 to help users better manage files and free up space. That’s according to a new announcement made via the company’s official blog. The new features include support for tablets, better SD card support, and adjustments to the way managed files are opened in other apps. Each of the changes will, of course, bring the Files Go app more in-line with what users expect from the array of file management applications available on Android. At the same time, they set a clear course for Google’s application going forward – especially with consideration for the rate at which the changes are being implemented – which could eventually result in the ultimate file management and storage savings solution.

As to the new features themselves, two of those are fairly self-explanatory. Tablet support means that those users who own tablets will now be able to use Files Go. That not only means that they can cut back on storage used by their tablets. It also means that they can easily transfer files without using mobile data between their tablet and other devices – effectively providing an all-in-one solution for moving files to and from the larger-screened medium. Meanwhile, SD card support has been improved to make moving files to and from the secondary storage medium easier. This may not include the app-moving features some might have been hoping for but the newly added option to view only files stored on the SD card in either a list or grid view will make moving other files around simpler – while also easing some of the confusion that can occur when trying to sort the files without a dedicated feature. Finally, the Files Go application can now be used to customize which applications will open files thanks to a new feature tucked under the “Open With” option in the overflow menu. It’s basically just an easier way to set app defaults for specific files types, like PDFs or images, which ties in neatly with the file sorting options already featured in Google’s app.

For those who may not already be aware, the Files Go app was only initially launched in December and is intended to help low-spec devices run more smoothly. On average, Google says it has helped save as much as 1.1GB of space on devices since its launch. These new features will almost certainly help that number go up, as well as making things better for owners of Android tablets. However, as with all rollouts, this one could take some time to hit every user, so it shouldn’t be too much of a concern for anybody if it hasn’t hit all of their own device’s just yet. In the meantime, anybody interested can check for the update via the Google Play button below. 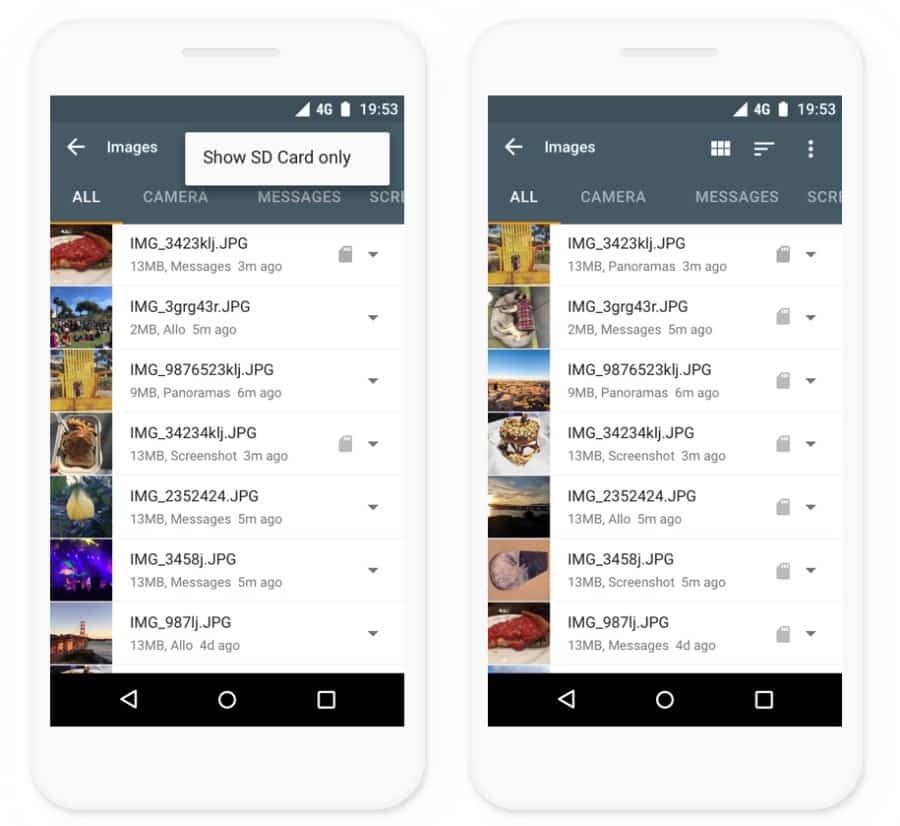