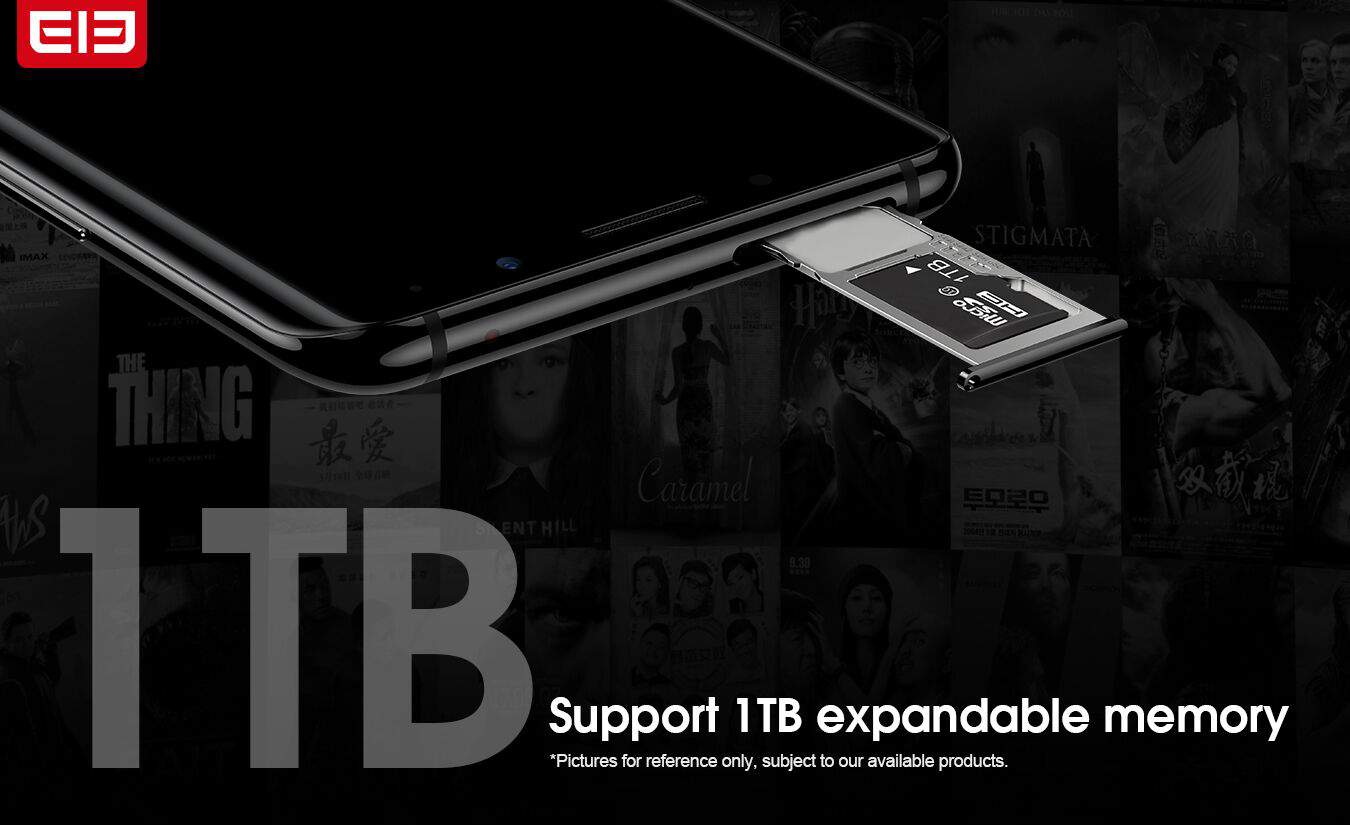 The Elephone U and the U Pro are two upcoming smartphones which will look to offer a premium set of features and specs at a price that is more affordable compared to the current crop of flagship smartphones. In some respects, the Elephone U and U Pro are likely to offer even more value, due to even more heightened specs compared to those other phones with expandable storage being a prime example.

As Elephone has today confirmed that not only will the Elephone U and U Pro come with a microSD card slot for expanding the storage, but the support afforded to those slots will be 1TB. As a result, buyers of either phone will be able to rely on up to 1024GB cards for storing data, music, videos, and more. Which should be more than enough storage for most average users and especially considering most current phones cap the storage support at 256GB or less. That is, if they offer any expandable storage support in the first place.

Storage aside and these two phones do look to pack in a number of trending features as both phones will not only include a bezel-less design, but also employ an 18:9 aspect ratio, resulting in a slimmer and thinner profile overall. In addition, both phones will also include a dual rear camera setup consisting of two 13-megapixel cameras, along with an 8-megapixel front-facing camera. While the rest of the core specs for both phones include 6GB RAM, 128GB storage, a fingerprint sensor, and a Qualcomm Snapdragon 660 SoC. Although it will only be the 'Pro' model that features a Snapdragon SoC as the standard U will be powered by a MediaTek Helio P23 octa-core processor. Marking one of the fundamental differences between the two models. For background, these phones were originally expected to arrive branded as the Elephone S9 and S9 Plus, although the company recently opted to rebrand to the new U and U Pro names. For those interested in knowing more about either of these new smartphones, as well as keeping up to date on when they become available to buy, head through the links below.