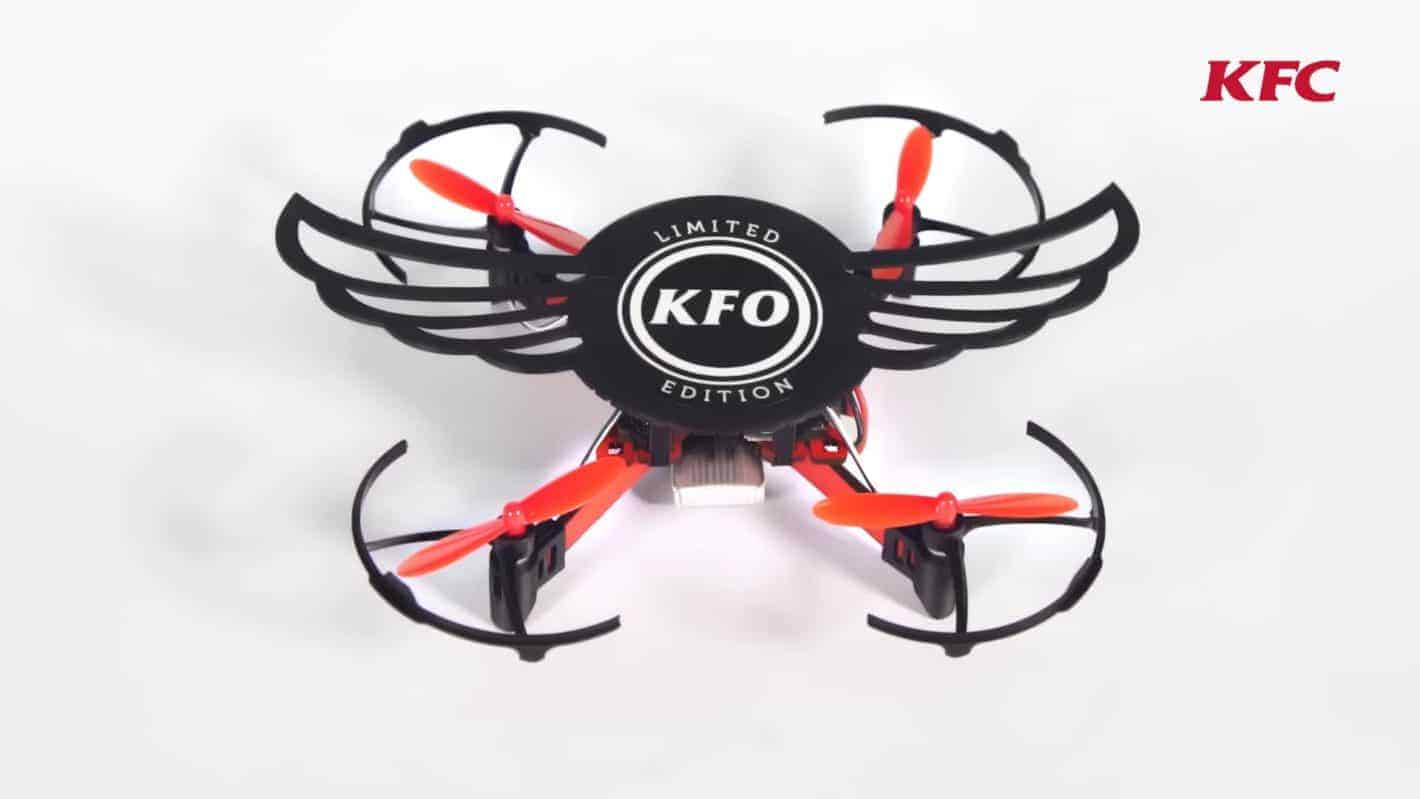 You read that right. KFC restaurants in India will be running a fun two-day offer: the box your grilled chicken wings comes in transforms into a flying drone. To elaborate, Kentucky Fried Chicken will be selling its India-exclusive Smoky Grilled Wings in special boxes that are designed to be reassembled as flying machines. Ordering the chicken wings will result in both the wings of a chicken and “wings” of drones, while supplies last. After receiving their orders of chicken wings, buyers can then follow the included directions to disassemble the boxes and build the flying remote-controlled devices. An application can be downloaded to your phone to control the drone once it’s been built. No price has been announced, and the convertible boxes of chicken in India will only be available on January 25th and 26th.

As strange as this promotion is, this is not the first time KFC has dabbled in the mobile technology world. In the summer of 2016, the chain restaurant rolled out Android Pay and Samsung Pay to all of its United States locations. The goal was intended to make payments faster and ensure a smoother experience for customers. Last autumn, a KFC restaurant in China began offering facial recognition as a means of allowing customers to pay for their meals. And if these decisions weren’t immersive enough, KFC announced a most unlikely sales product: a smartphone. The Kentucky-based chicken company partnered with Chinese tech giant Huawei last summer to produce a bright red smartphone. The KFC-branded device was intended to celebrate the restaurant chain’s 30th anniversary. Only available in China, the KFC phone packed mid-range specs, looked a lot like Huawei’s Enjoy 7 design, and bore the Colonel Sanders logo on the rear.

Kentucky Fried Chicken was not the first company to branch out of its normal territory to produce a unique gadget. Pepsi launched its own Android phone in late 2015, and Caterpillar has released a couple of different models of smartphones designed for use in an electrical construction environment. Other companies are experimenting with how to market their products to more people in new and exciting ways. While KFC’s new drone box is just a temporary promotion, it certainly induces curiosity for what we may see next.