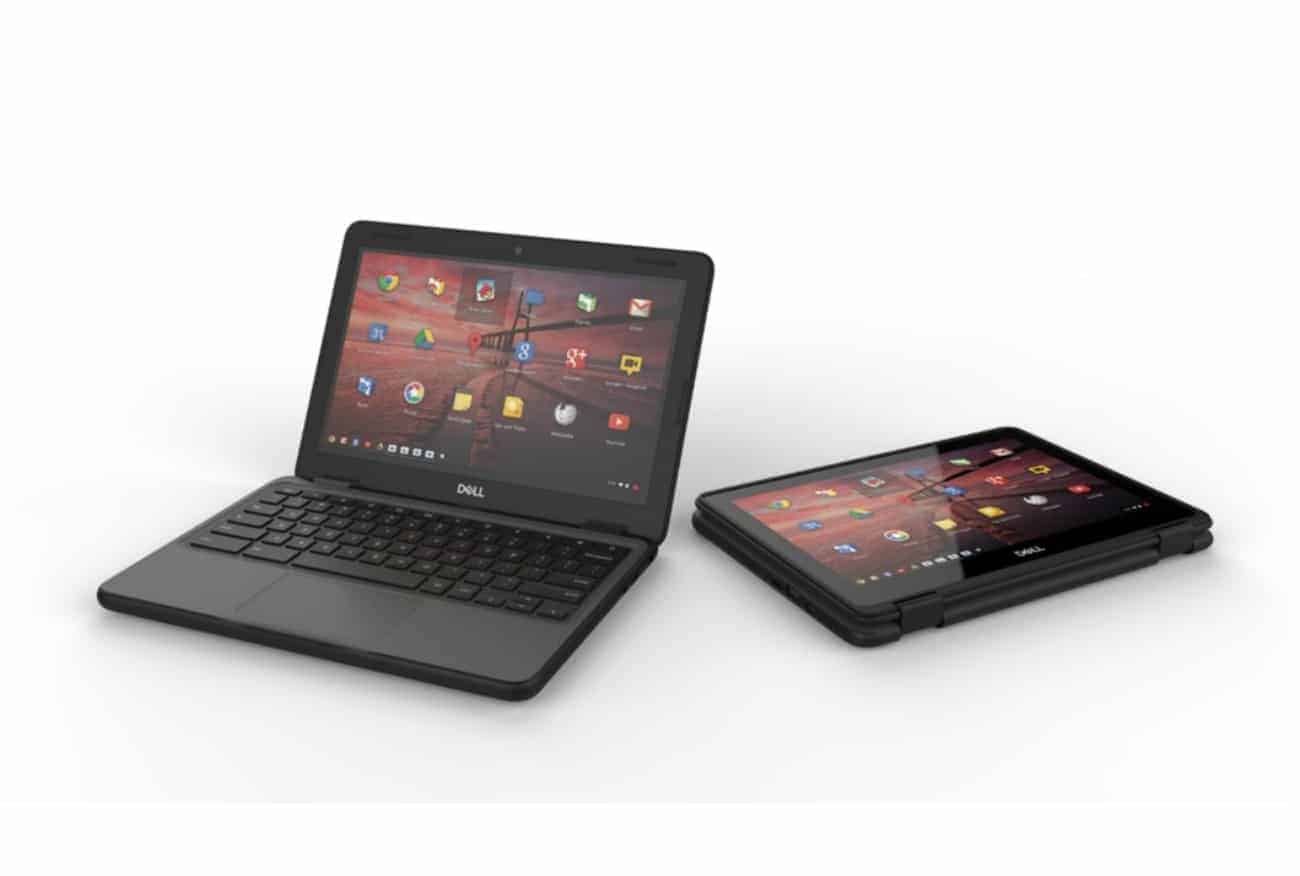 Dell's new 5190 Chromebooks are made for the classroom, coming with a more rugged build that is designed to help the Chromebooks last in such an environment without taking too much damage from things like dings, drops, spills and the like. Officially called the Dell Chromebook 5190, the laptops will come with features such as a spill-resistant keyboard just in case you accidentally knock a glass of water over on your desk while working on the laptop. Dell has also tested these laptops for a series of drops, boasting that they can withstand up to 10,000 micro drops which are referred to as drops that could happen from a 4-inch height, and in addition to this Dell says the Chromebook 5190 is also rated for drops from up to 48-inches, and 30-inches onto steel.

The Dell Chromebook 5190 comes in two different variations. Both will come with an 11-inch scratch-resistant display, but consumers will have the option to pick up either a standard model laptop or a 2-in-1 model that comes with a hinge which is set up to support different convertible configurations to make more use of the touch display, or to simply lay the laptop flat like a tablet so it's easier to hold in the hands.

Dell says the Chromebook 5190 is built for the "ultimate in durability" when it comes to being a laptop for the classroom, but it also boasts that it comes with a battery life of up to 13 hours, which is well beyond the typical amount of time that any student would spend in the classroom, meaning that students should easily be able to take these to class without a charger and not have to worry about plugging it in. Intel's latest generation Celeron processors will be powering the laptop and it'll support a USB Type-C connection for the charging plug as well as external peripherals, and Dell plans to launch both variations of the Chromebook 5190 in February for a price of $289, though that will likely be the base price for the standard model and not the 2-in-1 version. There will also be variations on the CPU as there will be a model with a dual-core processor and one with a quad-core, so the prices will vary based on those factors as well. Right now Dell doesn't give a full breakdown of the specs, nor does it mention an exact release date.