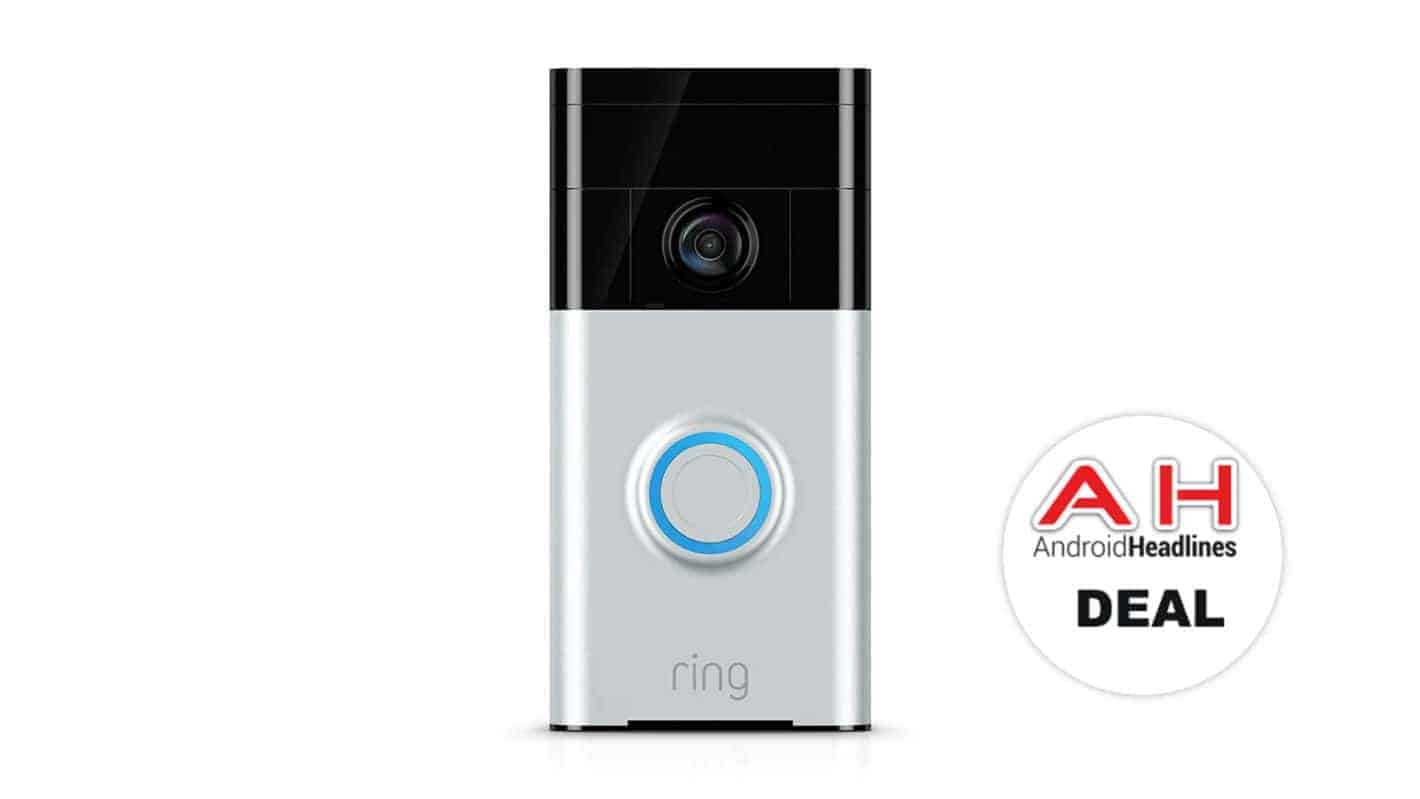 Ring is perhaps synonymous with the smart home market at this point and its most popular and most well-known product is the one that put it on the map, the Ring Wi-Fi-enabled Video Doorbell, a smart doorbell that you can affix to the outside of your home that will allow you to see who is at the door and speak with them through the integrated two-way mic system. Normally this retails for a total cost of $179, but right now you can pick it up on Amazon for just $134.90 which is just a little more than $45 off its standard price tag.

With the two-way mic system and camera combination it's possible to speak to anyone at the door through multiple devices as you can use your smartphone, tablet, or PC, depending on which you have on you at the time or which you would simply prefer to use. The doorbell also has motion sensors so if someone triggers them you'll get a notification on your smartphone about it, and you'll also get alerts when someone actually presses the button to ring the bell. The camera supports HD video recording and infrared night vision so even in the dark the camera will be able to see and operate normally.

Ring Wi-Fi Video Doorbell - $134.90
Buy Now!
Trusted By Millions
Independent, Expert Android News You Can Trust, Since 2010
Publishing More Android Than Anyone Else
33
Today
184
This Week
184
This Month
3348
This Year
104825
All Time
Advertisement