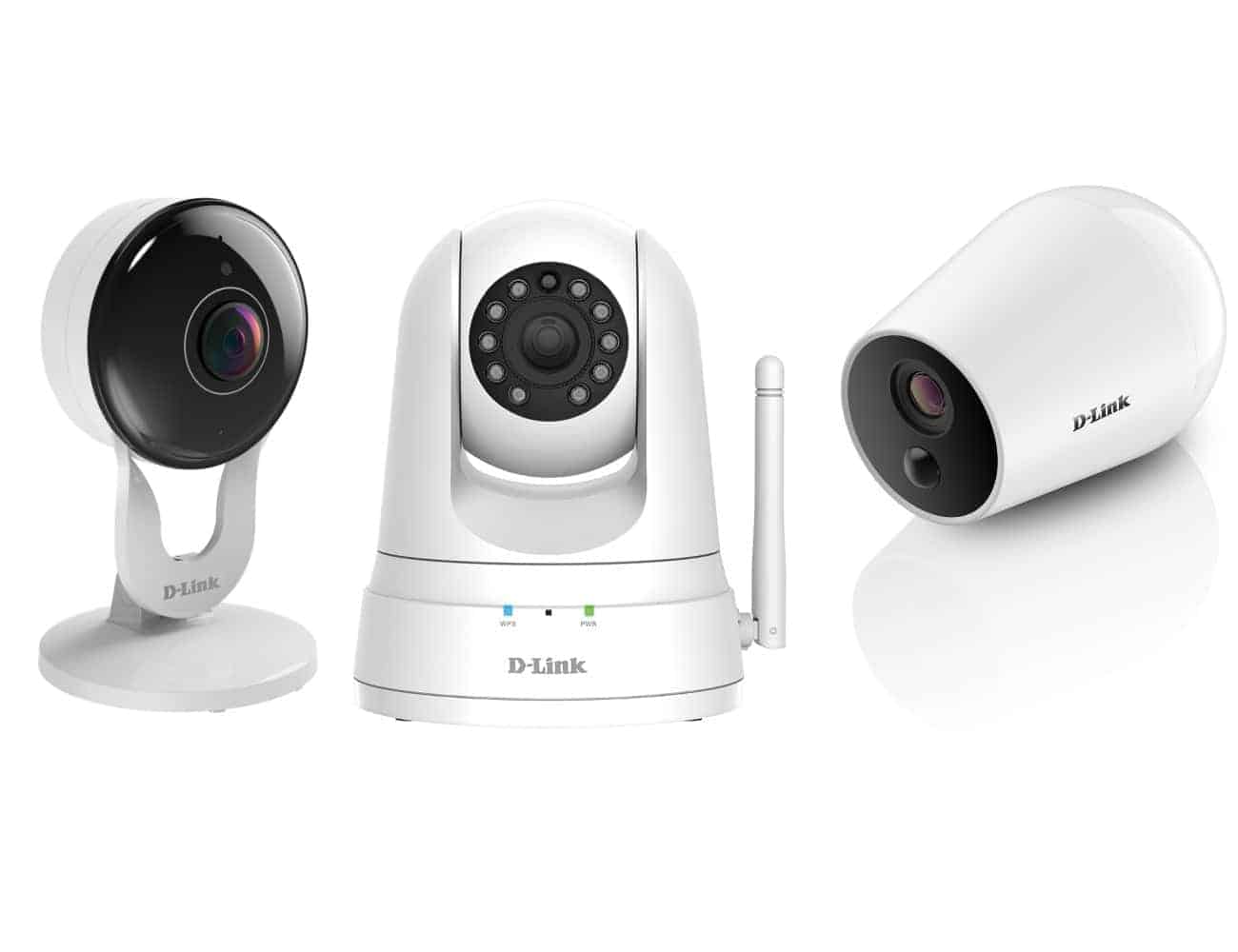 D-Link has also announced a slew of new security cameras at CES 2018 this week, these are all updates to its current lineup. There are three new WiFi Cameras, and then there is a WiFi/LTE model that is also being announced today. The three WiFi models are all updates, or next generation models, while the LTE model is brand new and will be sold at Verizon.

Starting with the three WiFi-only cameras, there is the DCS-8010LH, the DCS-8300LH and then a pan and tilt WiFi camera that is the DCS-8525LH. The DCS-8010LH is the low-end of these three cameras, and it does do 720p recording while the other two do 1080p. It also has a smaller field-of-view, about 120-degrees. The DCS8300LH has a 140-degree FOV, while the DCS-8525LH does up to 340-degrees, and that's from it panning and tilting. Otherwise, these three are identical as far as features go. These feature night vision up to 16-feet, also have sound and motion detection. So that if it detects motion, you'll get a notification on your phone to check it out. These can also record to the cloud or locally, and finally, these all have support for Amazon Alexa, Google Assistant and IFTTT, so you could really automate your home security system.

D-Link does also have a rather new security camera here in the DCS-1820LH. This is the WiFi/LTE model, which will connect to LTE only if you opt for the service. Now having LTE would only really make sense if it's being used outside, and it is. This is an indoor/outdoor camera, so that you could put it in your backyard, where WiFi isn't available and use LTE for recording and connectivity. With it being an outdoor camera, it does need to be water-resistant, and it holds a rating of IP65, so it will be just fine outside. It has the same night vision distance as the others here, 16-feet. And of course, it also works with Amazon Alexa, Google Assistant and IFTTT. It does work with Verizon's LTE, but you are able to access the SIM card slot, so you can toss in a GSM network SIM card (i.e. AT&T or T-Mobile) as well, or opt to not use LTE period.

All of these cameras will be available at some point in the second quarter of the year, with the DCS-8010LH coming in at the cheapest price point, just $59.99. Which also makes it one of the cheapest security cameras on the market (at least, as of this writing). The DCS-8300LH is going to be priced at $89.99, and the DCS-8525LH is going to $119.99. Finally, the DCS-1820LH is going to be $299.99. Only the LTE model will be sold at Verizon, though it is currently unclear whether it will be sold in stores or just online, at this point.