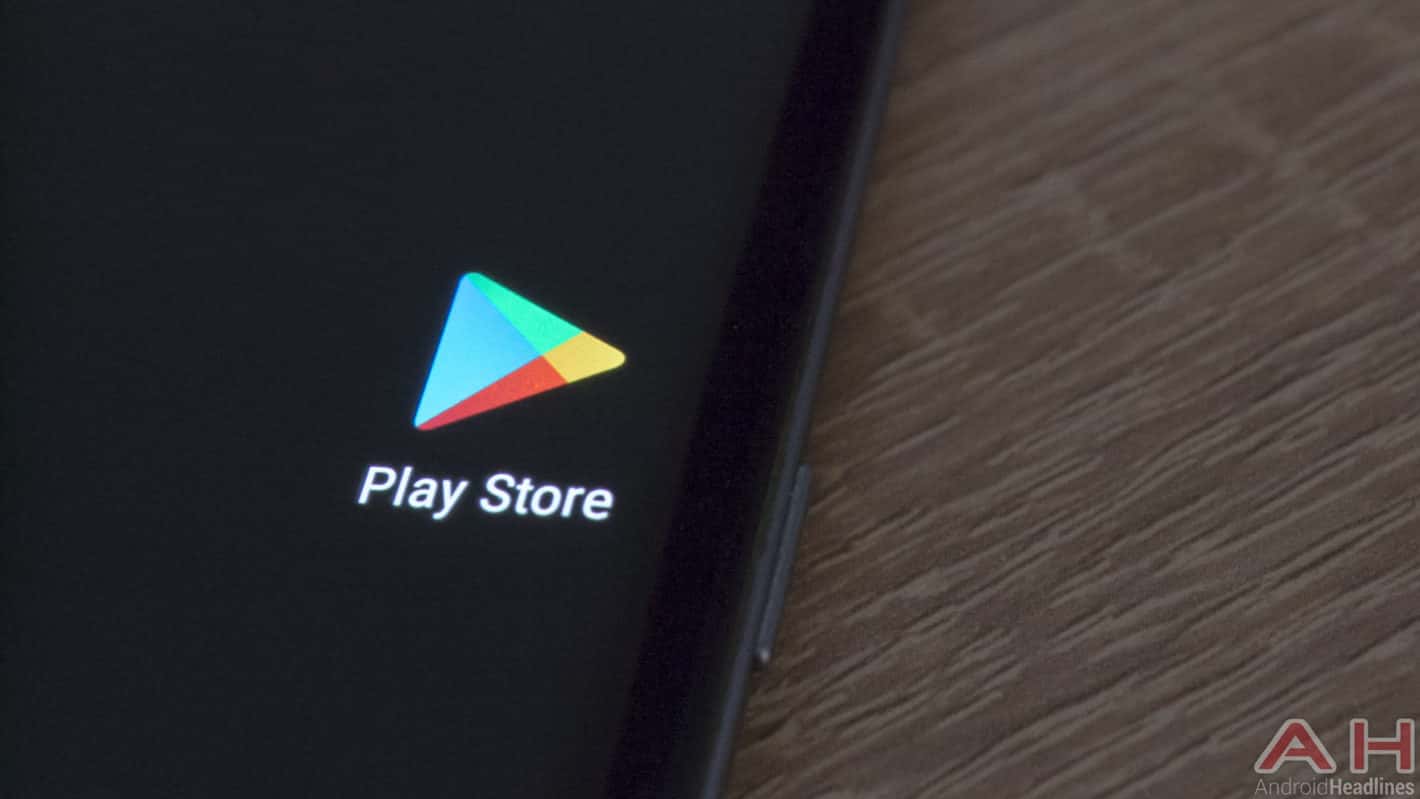 Consumers have spent more than $86 billion on mobile applications last year, marking a 105 percent increase from 2015. That’s according to a new report from app market data and insights provider App Annie, which just released a summary of its findings spanning the entirety of 2017, providing a holistic view of the key factors that indicate a growing app economy as well as the key market trends from the previous year. The report deals with multiple factors such as the number of downloads, consumer spending, and time spent on mobile apps for Android and iOS.

According to App Annie’s report, app downloads last year passed 175 billion, which translates to an increase of more than 60 percent from two years ago. Additionally, the report finds that each user spent nearly 45 days on apps per year, which represents an increase north of 30 percent from 2015, with the average device owner using nearly 40 apps per month out of 80 apps installed on their handset. The trend in China and Japan, however, differs from most markets examined by the company, as average users in these countries had at least 100 apps installed on their mobile phones while accessing approximately 40 of them on a monthly basis over the same period. In June last year, App Annie released a report that predicted app usage would reach more than 3 trillion hours by 2021. More significantly, the report projected the value of the global app economy to grow to $6.3 trillion in 2021 from $1.3 trillion in 2016.

Overall, the report shows that China is still the largest market for mobile apps, with the average Chinese user spending more than 200 billion hours on apps across multiple platforms including Android and iOS during the last quarter of 2017. India comes in at a distant second, with Indian users spending nearly 50 billion hours on apps during the same period last year. Further to that, the Chinese app market accounts for 25 percent of revenues generated from the app stores, in-app ads, and mobile commerce, according to App Annie. Last September, the research company also predicted that the Chinese app industry is poised to reach $2.59 trillion in value in the near future. It’s worth noting that the forecast was part of App Annie’s first in-depth app usage metrics in China, where the market research firm hopes to provide a comprehensive solution for app marketers going forward. 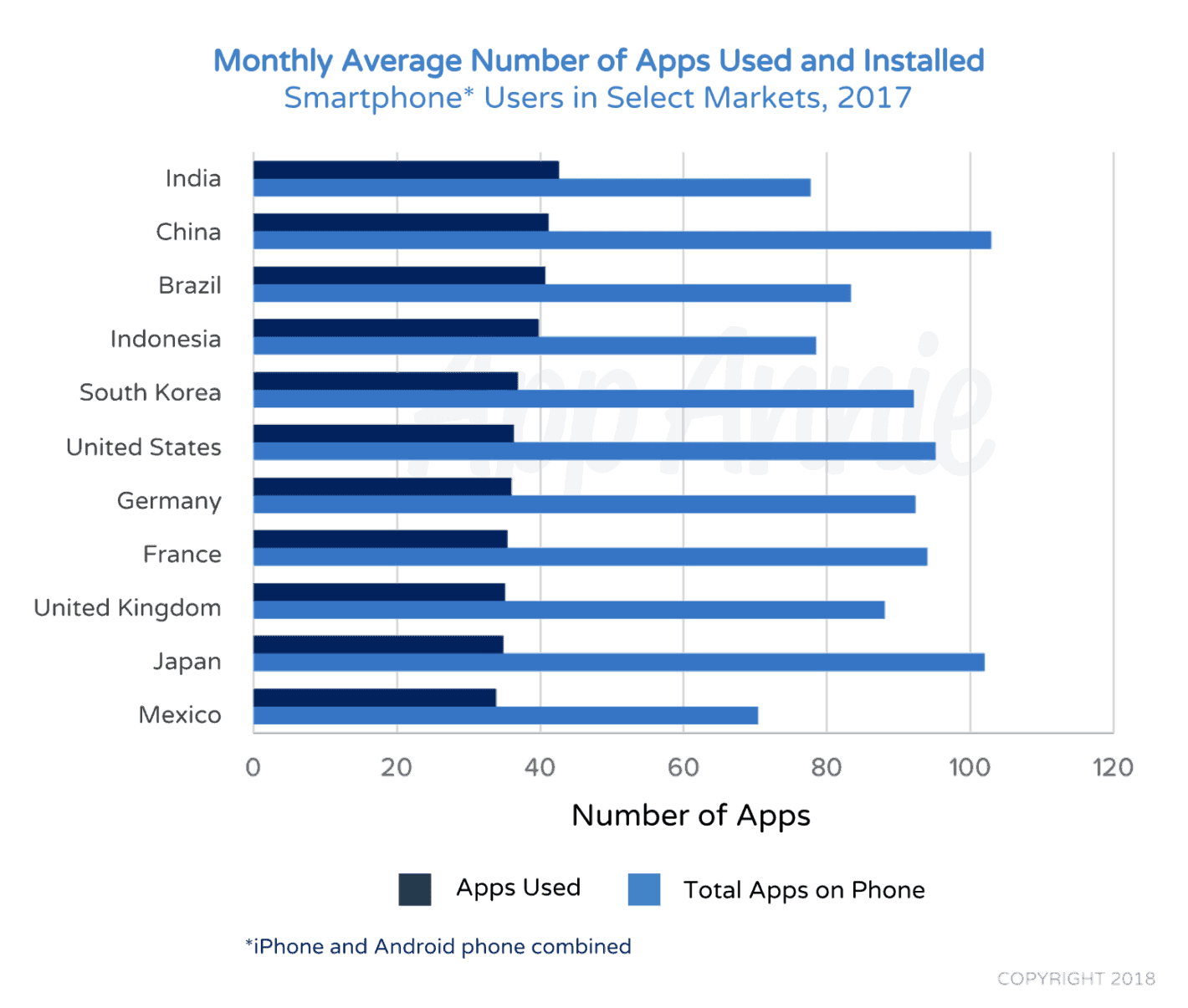 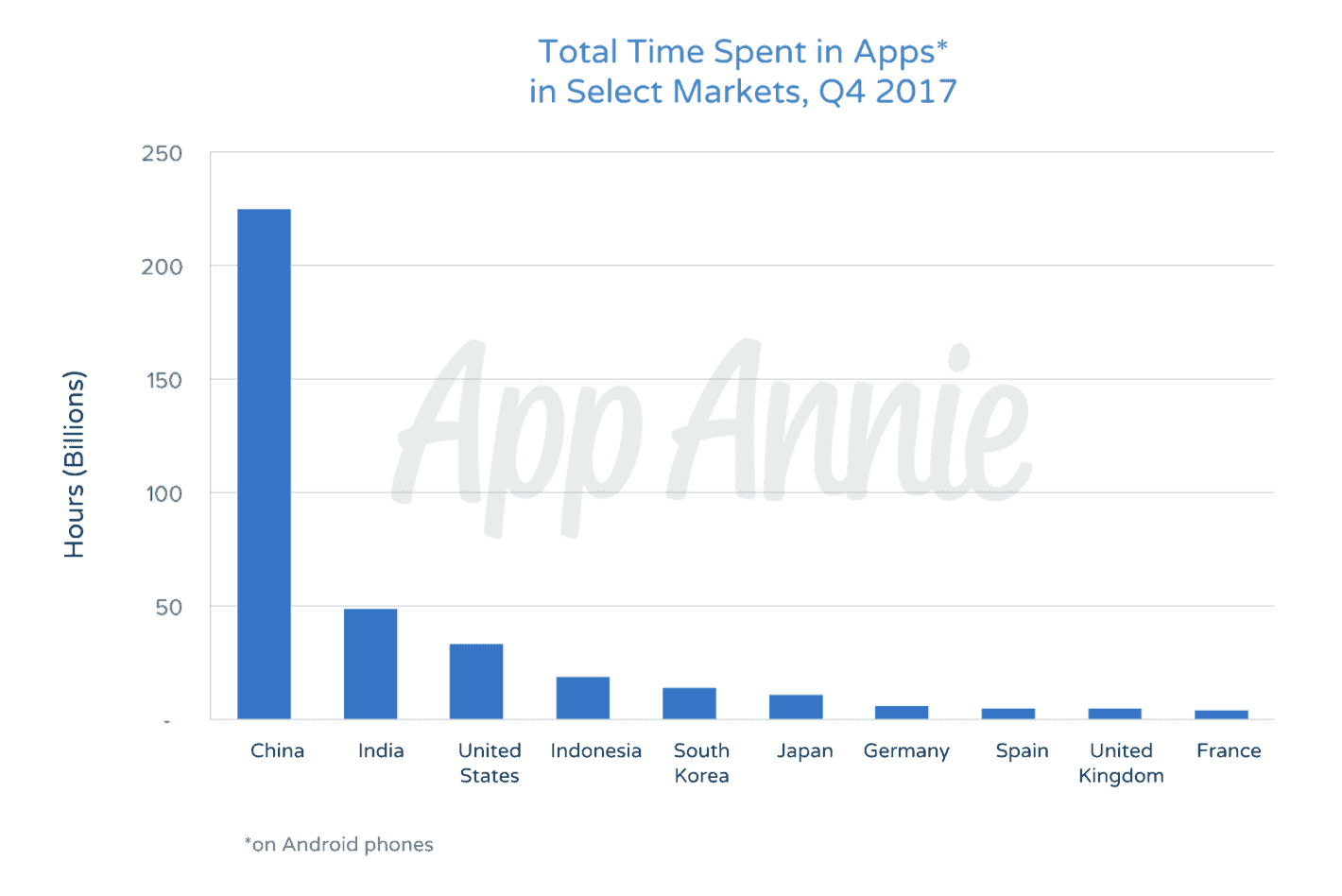 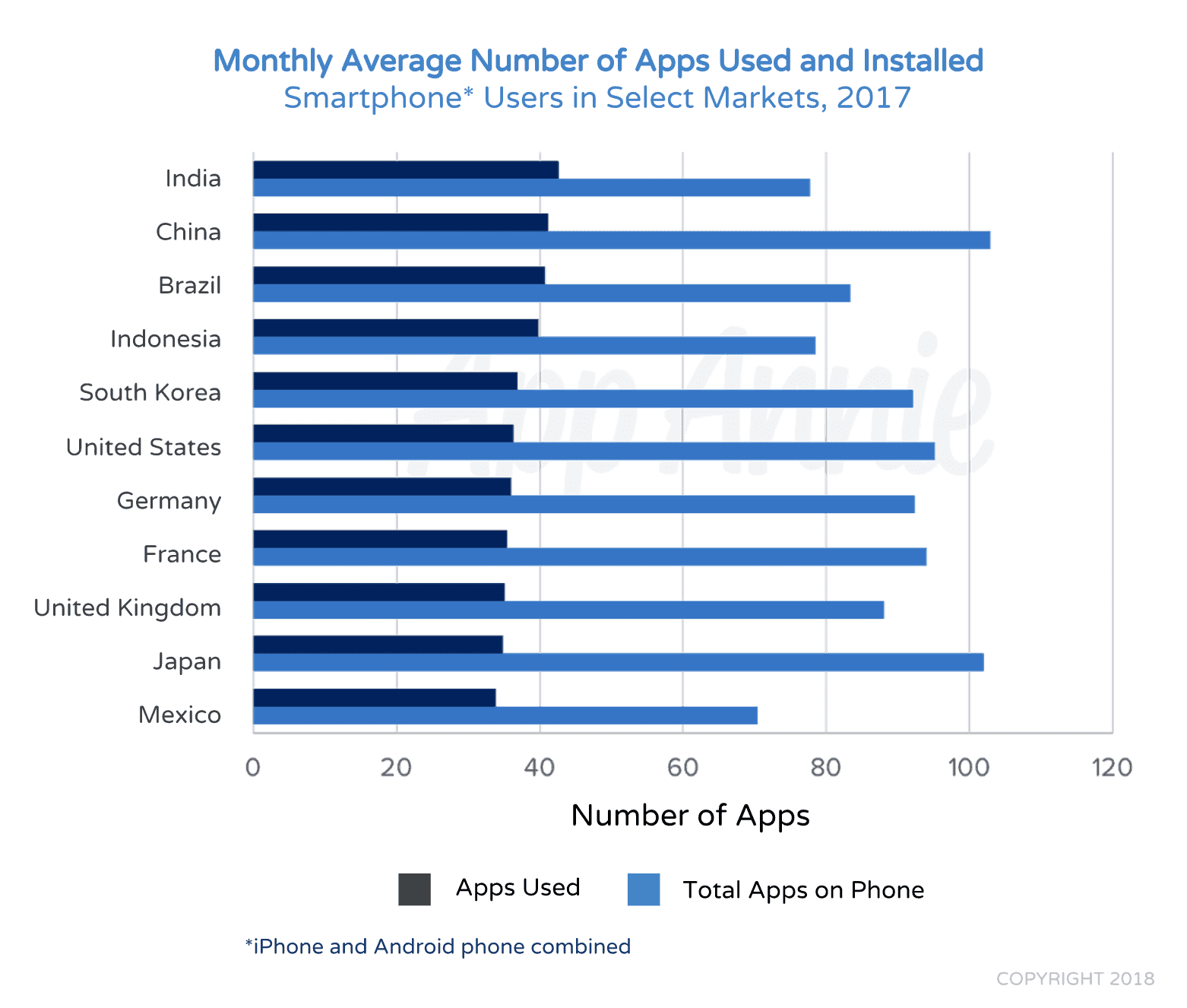 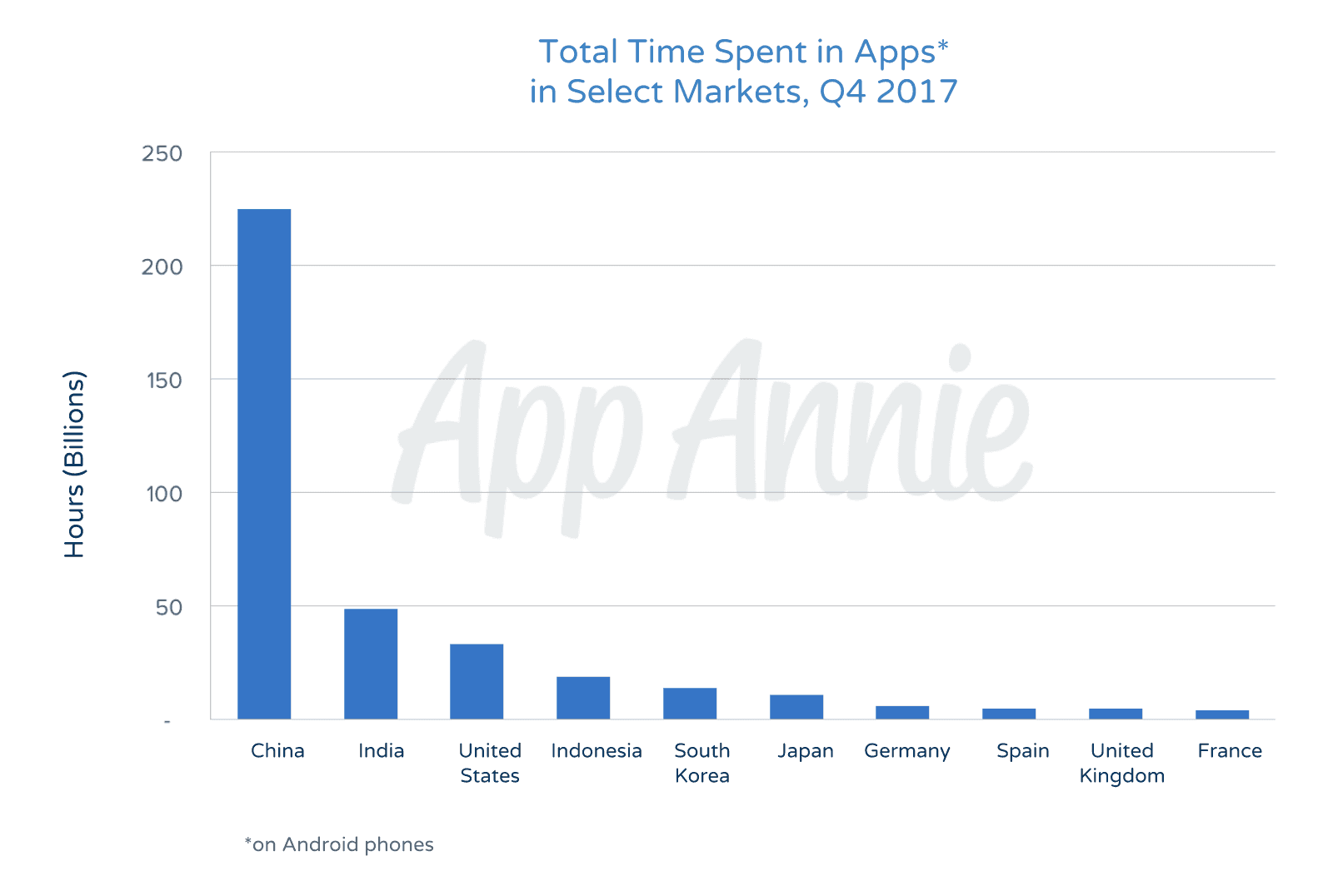