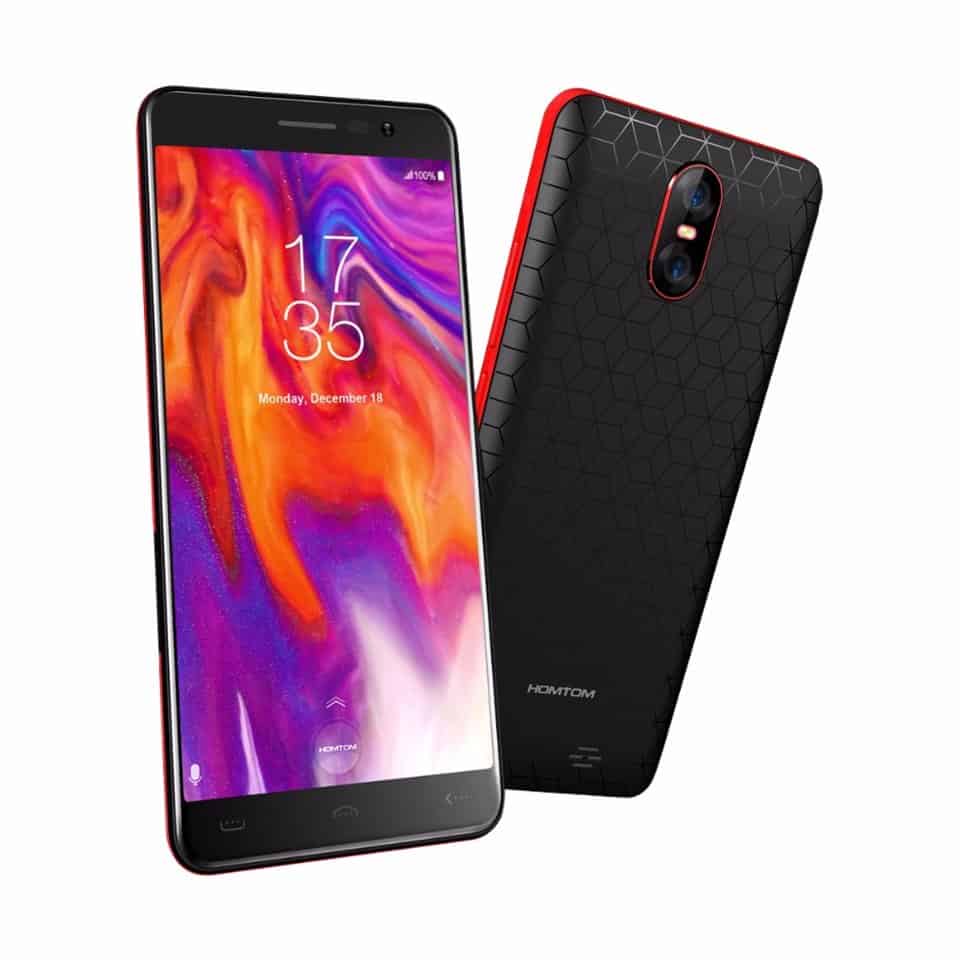 Meet the HOMTOM S12, one of the company's most affordable smartphones, which is now available for purchase on AliExpress. HOMTOM is, in case you don't know, a China-based smartphone manufacturing company, which had introduced the HOMTOM S9 Plus a while back, a device that comes with relatively thin bezels. Having said that, the HOMTOM S12 is available for only $55.99, while you can get it in four different color variants, Black and Red, Black and Blue, White and Full Blue. Read on if you're interested.

This smartphone comes with three capacitive buttons below the display, which is not something we're seeing that often lately. This handset's physical buttons are located on the right, all of them, while you will notice a SIM card tray on the left-hand side of the device. The HOMTOM S12 does not come with a fingerprint scanner, which is not exactly surprising considering its price tag, though the phone does offer a dual camera setup on the back. The HOMTOM S12 sports a 5-inch 960 x 480 display, which offers an 18:9 aspect ratio. The MediaTek MT6580 64-bit quad-core SoC fuels this smartphone, while you will find a 2,750mAh non-removable battery on the inside of the device. This device features 1GB of RAM and 8GB of storage, while 8 and 2-megapixel snappers sit on its back. A 5-megapixel camera is included on the front side of this smartphone, while Android 6.0 Marshmallow comes out of the box here.

The HOMTOM S12 offers 3G connectivity, 4G is not available here, unfortunately, and you can expand this phone's internal storage via a microSD card up to 64GB. The device's loudspeaker is included on the back, where you will spot company's branding as well. The HOMTOM S12 is considerably more affordable than both the HOMTOM S8 and HOMTOM S9 Plus, but for a good reason, this handset is aimed at a completely different type of consumers, those who are looking to purchase something bare-bones, and are not looking to spend a lot of cash on a smartphone. In case you're interested in purchasing the HOMTOM S12, a purchase link / banner has been included down below, while you can visit the company's official Facebook page for more info.