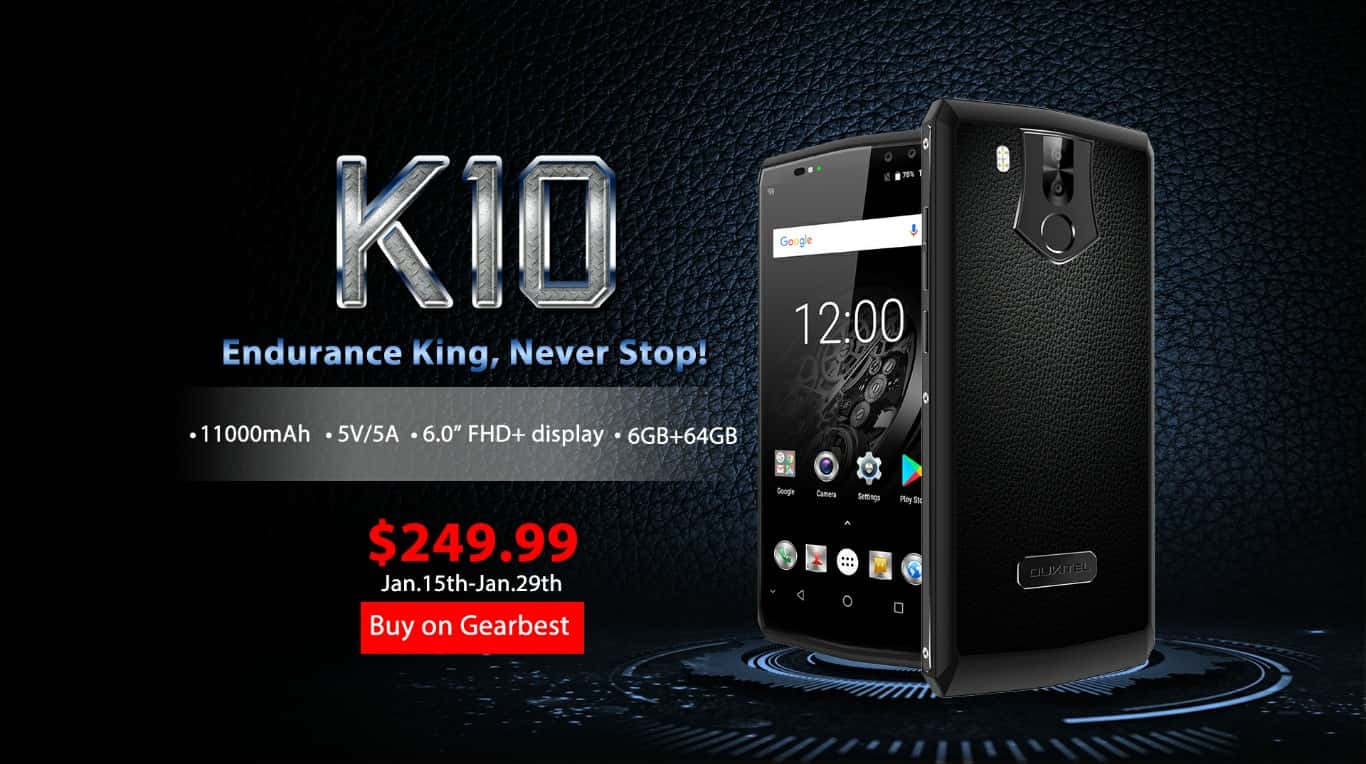 The OUKITEL K10 is the newest big battery smartphone from OUKITEL, and after the official announcement which occurred recently, the phone is now available for pre-order. The OUKITEL K10’s regular retail price point stands at $299.99, but if you get it during the pre-order period, you’ll get a $50 discount, which means you’ll have to pay only $249.99. The pre-order period started today, and it will run until January 29, just in case you’re interested in grabbing this handset.

Now, in addition to releasing the news regarding the OUKITEL K10’s availability, OUKITEL also shared a new charging test for this smartphone. This is a video test, and it was published on the company’s official YouTube channel. This is not the first OUKITEL K10 charging test that the company released, but OUKITEL wanted to emphasize that this is the final version of the device, and it seems like the last test was conducted on a non-final unit. In any case, if you fire up the video down below, you will be able to see two OUKITEL K10 smartphones charging side-by-side. The left phone is being charged up using a 5V/5A charger, while the right one uses a 12V/2A charger. After 5 minutes, both phones stood at 2 percent battery. After 30 minutes, the OUKITEL K10 which utilized the 5V/5A charger stood at 23 percent of battery, while the other one had only 10 percent of battery at that point. After two hours, the two phones charged up to 92 percent and 40 percent respectively, and it took the OUKITEL K10 which was charged using the 5V/5A charger 2 hours and 15 minutes in order to fully charged, while the other OUKITEL K10 phone managed to reach only 46 percent charge at that point. Now, it’s worth noting that the OUKITEL K10 sports an 11,000mAh battery, so 2 hours and 15 minutes doesn’t exactly seem like a lot of time to fully charge it.

The OUKITEL K10 is made out of metal, though it sports leather on its back. This phone also comes with a rear-facing fingerprint scanner, and a set of on-screen navigation keys. The phone sports 6GB of RAM and 64GB of native storage, while it is fueled by the Helio P23 64-bit octa-core processor. The device features a 6-inch fullHD+ (2160 x 1080) display, and ships with Android 7.0 Nougat. If you’re interested in purchasing the device, you will find its purchase link down below.